Fans think she wasn’t there for the right reasons.

Not there for the right reasons? Sarah from The Bachelor 2021 responded to claims she had a boyfriend before and after Matt James’ season.

Sarah Trott, a 24-year-old broadcast journalist from San Diego, California, was one of 32 women who met Matt on the season 25 premiere of The Bachelor in January 2021. However, after two rose ceremonies and bullying from contestants like Victoria Larson, Sarah quit the show to be with her father who has ALS, despite being one of Matt’s frontrunners.

Fast forward to Monday, January 25, and The Sun reported that Sarah had the same boyfriend before and after Matt’s season, which led fans to believe that she wasn’t there for the right reasons and wasn’t on the show to find love with Matt. According to The Sun, Sarah was in a relationship with DJ Bijou, whose real name is Ben Dorman, both before and after her time on The Bachelor. The Sun even shared photos of Sarah on vacation with Ben just weeks before she left to film The Bachelor.

So what’s the truth? Well, a spokesperson for Sarah told Us Weekly in a statement on Tuesday, January 26, that she “unequivocally did not have a boyfriend before, during or after her appearance on The Bachelor.” 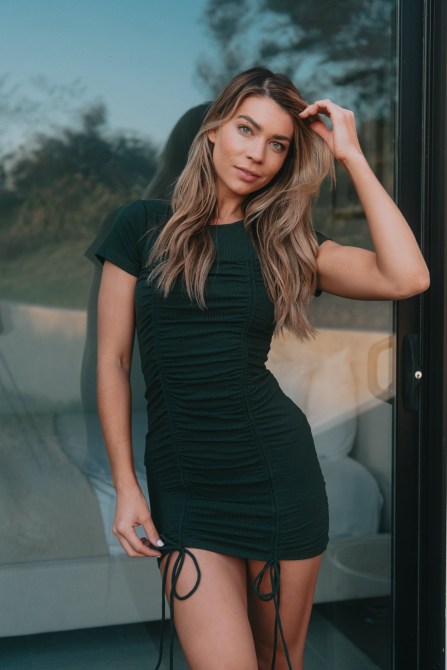 The rep also claimed that the photos of Sarah and ben on vacation in Cabo san Lucas, Mexico, right before her she filmed The Bachelor in August was a trip with “a group of friends, Ben Dorman being one of them.” “Ben and Sarah had a fun trip with their mutual friends and while there may have been some intimate moments between them, it did not lead to a relationship,” the statement read. “Sarah went on the trip to Cabo single and came back single, still on her journey to find love which is.”

READ:  TikToker Goes Viral For Sharing How Two Men Tried To Break Into Her Hotel Room While She Was On Vacation

The rep went on to claim that “any photographs or text messages mentioned are taken out of context and a misrepresentation of the circumstances.” The spokesperson also noted that Sarah quit The Bachelor “due the deteriorating health of her father and the awful treatment she received from the other cast members; not due to a purported relationship with Ben.”

The statement continued, “We also know that all of this information is being provided to The Sun by a disgruntled former friend of Ben, and not someone close to Sarah as they indicate in The Sun article. We’ve been told this former friend has a drug problem and is selling information to support that habit.”

A source also told Us Weekly in January 2021 that Sarah didn’t have a boyfriend during Matt’s season. “She was not in a serious relationship before the show, but she was completely committed to finding love,” the insider said. “She’s always open to finding love, which again is the reason why she went on. While she still wants to find love, her focus is on her family. She’s just trying to move forward with her life and trying to help find a cure for ALS.”