Last night’s episode of The Bachelor was a doozy, for sure. 5 new women entered the scene and the rest of the ladies took it *very* personally. Instead of taking it out on each other, why don’t we blame the actual culprits here: The producers.

Those sneaky, sneaky producers stirred the pot big time by not only bringing in a group of new girls but doing so at the end of the week right before the rose ceremony. The rest of the women had their dates and got their time with Matt and in swoops 5 new women with no history with the man. And we all know the producers made him keep all of them over the original girls.

But, before we get into that mess, we have a group date to watch.

Chelsea and Matt have a very poignant conversation about the politics of Black women’s hair and she explains why she decided to shave all of hers off. Chelsea is stunning and has definitely solidified herself a place in the competition—her first-night slinky dress definitely helped with that too.

Chelsea gets the group date rose, Matt gives Abigail their secret signal and all is quiet at Nemacolin… for now.

Back at the house Victoria continues to be an insufferable b*tch, telling calm, cool and collected Katie that it’s her prerogative to be mean and call people names if she wants to. This woman is truly unhinged if she thinks its okay to act this way towards others. It feels like her emotional growth got stunted around age 13.

At the cocktail party for the rose ceremony, everyone is a little too optimistic about the journey and the vibes in the house, so we all know sh*t is about to hit the fan. And it does, in the form of 5 new women. 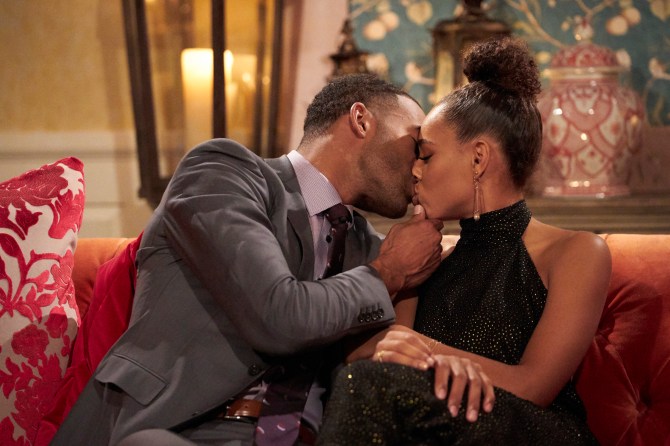 But before they arrive, we get to see a few of the girls bonding with Matt. He and Pieper definitely have a strong connection, and I’m hoping she gets the one-on-one this week.

I think I judged Kit too harshly when she first came on the scene. He’s cute, and even though we all know she’s not making it too far, I don’t mind her presence on the show.

READ:  Can't Get Over The Wilds? Here Are 11 Engaging Shows to Watch Next

Chris comes on the scene and interrupts none other than Victoria’s conversation with Matt. As he gets up to leave he gives her the most awkward hug I’ve ever seen and no kiss, even though they’ve made out already. Edit: Even though Victoria has mauled Matt with her tongue already.

Each of the 5 newbies, Brittany, Catalina, Kim, Michelle and Ryan, come on strong, especially Brittany who sucks face with Matt as soon as she steps out of the limo to “make up for lost time.” Matt and Michelle have an instant spark, and I get the feeling she’ll be around for a while. I almost lost it when Victoria literally snatched Catalina’s crown and the other women had to scold her like a 5-year-old and tell her to give it back. This girl. I cannot.

The original women are straight-up assholes to the newbies as if it’s their fault they’re throwing a bit of a wrench into the situation. Even Matt himself is in shock at the new arrivals. He’s already dealing with a lot of different emotions, “my head is spinning,” he says. Chris made it seems like he’s doing Matt this huge favor by bringing in more contenders, but in the end, he just looks stressed AF.

It’s sad that the girls are so concerned that they’re going to be left behind for these “shiny new toys,” when Matt is bugging out just as much as they are. They should all freak out together! It would be a real bonding moment.

Out of all the women, producers decided to zero in on Anna and MJ’s reactions to the new arrivals. They’re both taking it way too personally and overthinking the entire situation. Ladies, might I suggest focusing on your relationship with Matt instead?

We get to the rose ceremony and four out of five new girls stick around as Khaylah, Kaili and Kim go home. I was pretty surprised to see Khaylah go, especially over Victoria. And that’s how I knew producers were still calling the shots.

The first group date of the week commences and Ben Higgins is here to save the day. He is literally the only likable Bachelor from the past 5 years. If Arie showed up like this to dish out advice and co-host a group date, we’d all be turning off our TVs.

The women compete in an obstacle course and they’re all obsessed with this new “OGs” and “new girls” divide happening in the house right now. Stop trying to make OGs happen! It’s never going to happen! 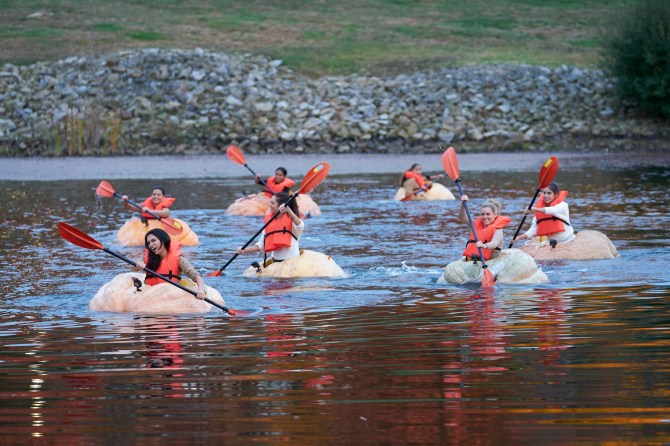 Catalina wins the obstacle course and in doing so, draws a giant target on her back. Poor girl. Meanwhile, Magi is still struggling in the first section of the course, trying to kayak in an acorn. I bet she never thought she’d be able to cross that off her bucket list.

READ:  Will Meghan Markle and Prince Harry Return to Their Royal Roles? Don't Hold Your Breath

Back at the house, the one-on-one date card arrives and goes to… new girl Michelle. The women are PISSED, and honestly, I would have rather it gone to a woman I’m invested in, like Pieper who certainly deserves some alone time with Matt, given what we’ve seen of their chemistry so far.

At the group date’s after-party, Bri gets the rose, reminding us all that Matt is really into Bri. Moving on.

Before Matt comes to pick up Michelle for their date, we get a little look at the women all ganging up on Brittany. “It feels like everyone is against me,” she says through her tears. “And it’s really hard.” To which evil Victoria responds, “Ok then get out of the house.” YIKES.

Anna decides to start a rumor that Brittany is an escort, which is just malicious. Especially after hearing her say, “she hangs out with wealthy men, so a lot of people believe she might be an escort.” Anna doesn’t even have real evidence to back this up. It’s honestly disgusting and she needs to go.

On Michelle’s one-on-one, Chris sends the couple on a scavenger hunt through the Nemacolin property. It’s a perfect ice breaker date with lots of activities, high energy and a few thrills. Nothing makes you open up quite like adrenaline and fear!

Michelle and Matt have some serious chemistry and he opens up very quickly thanks to her warm energy. I think her teaching background is responsible for that. 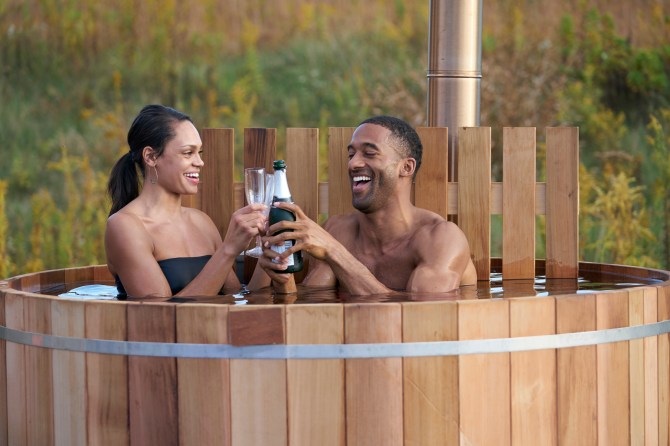 They end their scavenger hunt on a romantic hot air balloon ride, which the rest of the women watch with jealousy from a balcony at the hotel. And they have binoculars so they can get a nice, close-up view of the smooching. Nice work, producers.

The group date card arrives and reads, “are you willing to fight for love.” I let out a groan right along with the women. We all know a competitive and potentially violent date is coming up and no one is excited.

READ:  These Celebrity Kids Had The Cutest Halloween Costumes of 2020

At their dinner date, Matt and Michelle open up even more and have some real conversations about the Black Lives Matter movement and how it affected them. Michelle seems smart with a good head on her shoulders. She quoted Maya Angelou, which Matt picked up on right away, so clearly, they’re a match made in heaven.

These two are for real, I can see it now. Matt tells Michelle how comfortable he feels with her and now I just can’t wait for him to meet her family on hometowns!

We head over to the last group date of the week and find out the women will be boxing and I’m scared. Good thing it’s only the original women on this date, otherwise one of the new girls was going to get pulverized.

Matt ends the boxing matches early as he notices things are actually starting to get dangerous. “That’s not what we were going for today.” Oh, and Wells showed up to be a judge because of course, he did. Wells has made a lasting impact on Bachelor Nation and I’m not mad about it, but TBH, I can’t even remember whose season he was on.

Back at the house, the levels of pettiness are escalating and I’m officially over the “OGs” versus new girls drama. Anna and Victoria get nasty talking about the new women and I’m ready for them to get sent home. No one wants this! Everyone needs to chill!

Katie takes it upon herself to let Matt know about the drama going on in the house and the rumors being started by the nasty insecure girls. No one likes a tattletale, but I’m glad *someone* is sticking up for the new girls, who are innocents in all of this. Get mad at the producers who are clearing f*cking with you on purpose, Victoria and Anna!

Matt is not happy to hear about the bullying and I can’t wait to watch it all unfold next week. Until then!