The Grammy Awards will take place at the MGM Grand Garden Arena in Las Vegas on April 3, the Recording Academy has confirmed. The CMT Awards, originally scheduled for that day at the venue, will be moved to a later date.Trevor Noah, long-running host o…

The Grammy Awards will take place at the MGM Grand Garden Arena in Las Vegas on April 3, the Recording Academy has confirmed. The CMT Awards, originally scheduled for that day at the venue, will be moved to a later date.

Trevor Noah, long-running host of The Daily Show and host of the 2021 Grammys, will return as master of ceremonies. According to the announcement, additional details about the dates and locations of other official Grammy Week events, including the Premiere Ceremony, the MusiCares Person of the Year benefit concert (this year honouring Joni Mitchell) and the Clive Davis Pre-Grammy Gala (honouring Sony Music chief Rob Stringer) will be announced soon.

While the 2022 Grammy Awards had been moving full speed ahead to take place on Jan. 31 before a full audience at its traditional venue, the Crypto.com Arena (formerly known as the Staples Center) in downtown Los Angeles, the recent COVID-19 surge has caused the postponement or cancellation of multiple events across the country, and the Grammys were officially postponed on January 5. Sources tell Variety that enough artists and executives voiced reluctance about appearing to convince the Academy to postpone the show. 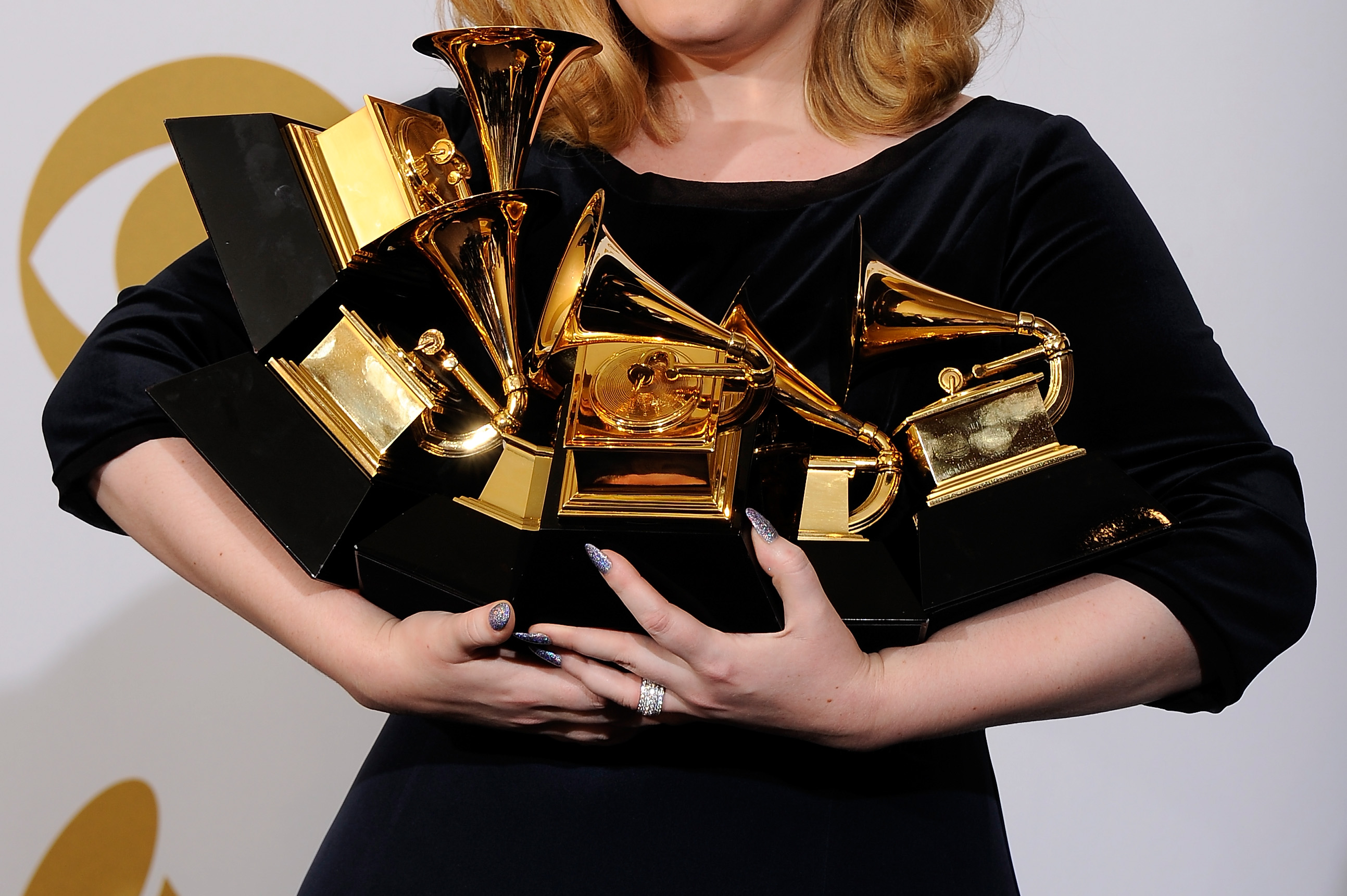 As Variety noted earlier this month, the 17,000-seat MGM Grand Garden Arena is in many ways the most practical option. It was only two months ago that this arena hosted the Latin Grammys, so its benefits are well-known to the Academy. Besides being familiar, it also has the benefit of being largely dark, since so much traffic has been siphoned off by the shiny new object that is the T-Mobile Arena. The MGM's website shows no public events booked there between a John Mayer concert on March 11 and Nick Cannon more than two months later on June 25.

READ:  Bella Hadid opens up about her history of abusive relationships — and how she broke the cycle

Last year's show — which ironically was also scheduled for January 31 — was moved up six weeks to March 14, after a holiday-season virus spike in Southern California. Ultimately, the 2021 Grammys took place in a scaled-down, tasteful setting at the Los Angeles Convention Center before small, rotating groups of nominees that changed every 45 minutes. It featured a combination of live and pre-recorded performances from Taylor Swift, BTS, Harry Styles, Billie Eilish, Bad Bunny, Silk Sonic, Megan Thee Stallion and Cardi B and more, and received largely positive reviews. Most Grammy Week events were cancelled, although MusiCares presented a scaled-down virtual show and the Clive party took place in two, five-hour-long instalments, with the legendary executive interviewing such luminaries as Mitchell and Bruce Springsteen while showing classic clips of his favourite live performances across the decades. 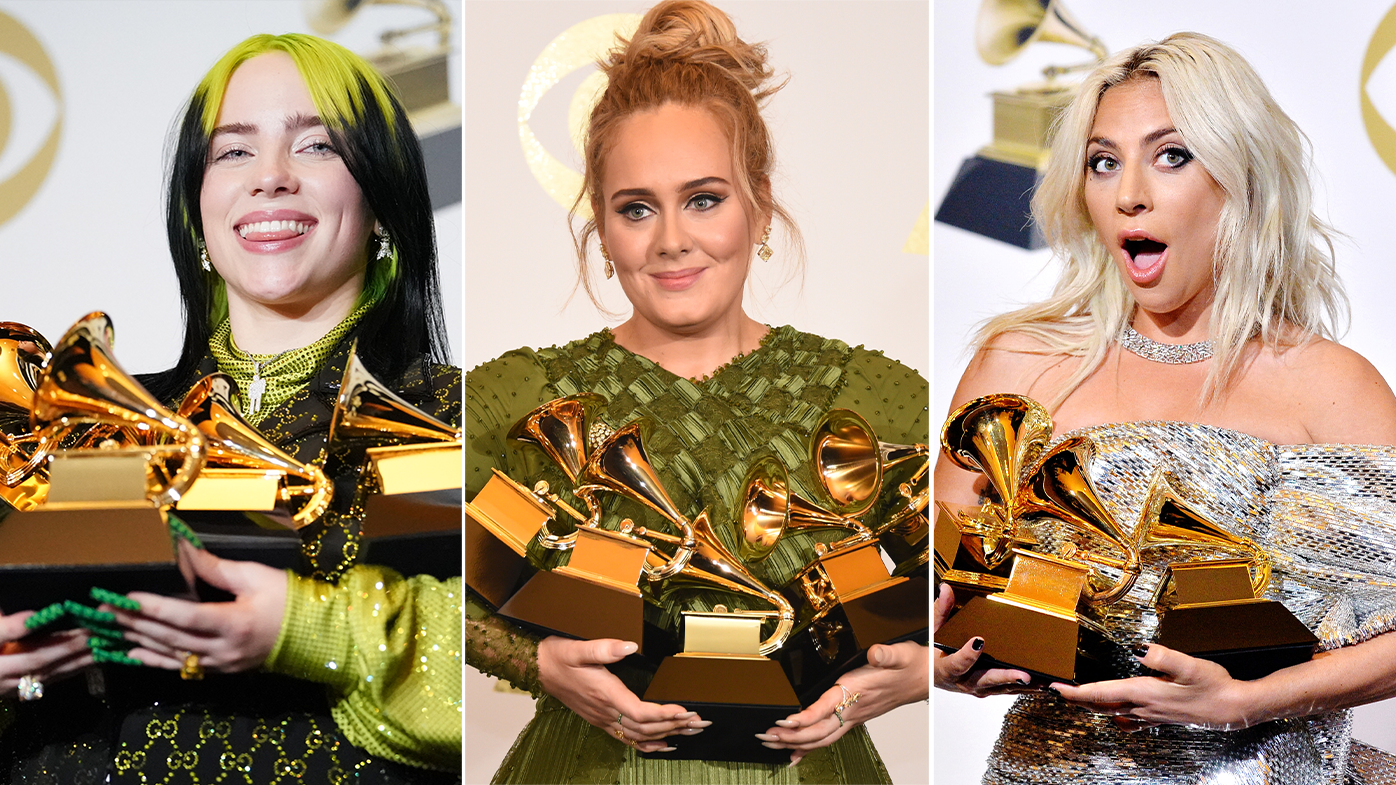 Sources tell Variety that the Academy and CBS are hoping for a full show with a live audience; the Grammys generate millions of dollars in revenue and obviously drew in just a fraction of a normal year's amount in 2021.

The 2022 Grammy nominee list is led by Jon Batiste with 11 nods, followed by Justin Bieber, Doja Cat and H.E.R. with eight apiece. Billie Eilish and Olivia Rodrigo followed with seven nominations each. Jesse Collins, Raj Kapoor and Ben Winston will serve as executive producers, with Kapoor taking over for Winston this year as showrunner. Jeannae Rouzan Clay joins the team as co-executive producer. Hamish Hamilton will return as director.

Variety will have more on the situation as it develops.

The 64th Annual Grammy Awards will broadcast live from the MGM Grand Garden Arena in Las Vegas on Sunday, April 3 (5pm-8:30pm, live PT [11am-2.30pm Monday AEST]) on the CBS Television Network and will be available to stream live and on demand on Paramount+.