The officers were allegedly trying to force a bribe for his release.
Four police officers in Thailand have been arrested and charged with murder after a video of a drug suspect being suffocated to death went viral.
The sh… 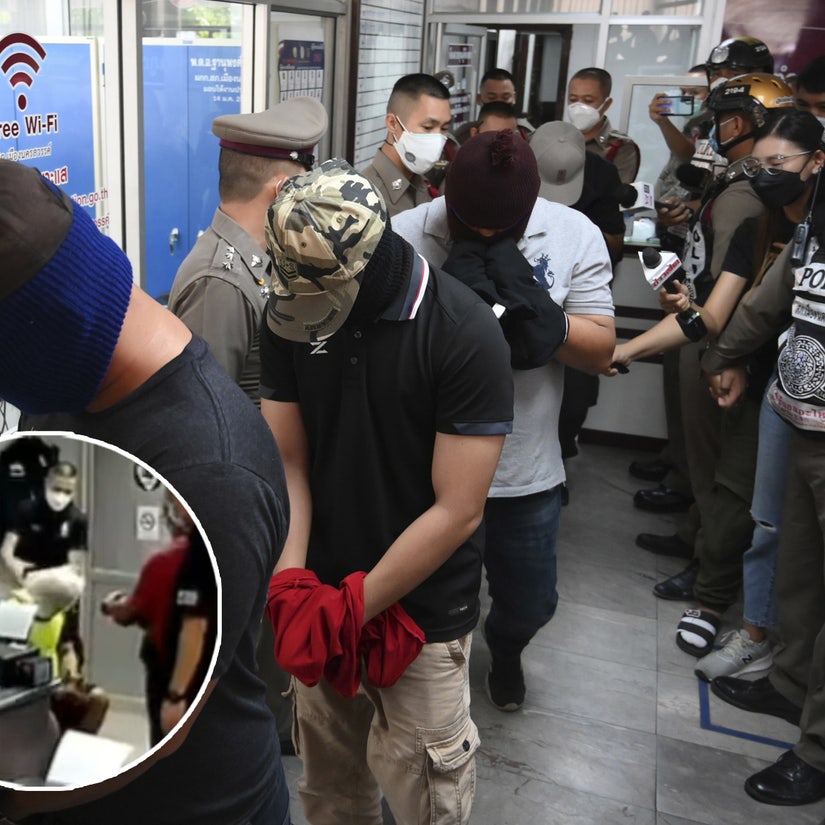 The officers were allegedly trying to force a bribe for his release.

Four police officers in Thailand have been arrested and charged with murder after a video of a drug suspect being suffocated to death went viral.

The shocking 10-minute clip shows the handcuffed suspect, later identified as Jeerapong Thanapat, being blindly led into an office with with a black bag over his head, and sat in a chair.

Without a word, an officer enters the room, wraps a plastic bag around his head and cinches it tight, cutting off his air supply. Thanapat grabs at his throat, but the officer drags him off the chair and begins beating him on the back of the head.

The highly distressing footage shows five different officers helping holding him down and kneeling on him, as he can be heard moaning in agony and gasping for breath.

According to AP, a junior policeman leaked the story to a well-known local lawyer, who then shared the video and the policeman's account to social media. The junior officer claimed Thanapat and a female companion had been arrested with over 100,000 methamphetamine tablets.

He also alleged the officers were attempting a shakedown, demanding 1 million baht ($30,560) for their release, which they had agreed to. But the senior officer at the scene, Col. Thitisan Uttanapol, then allegedly demanded double that amount, and ordered his officers to smother and beat the suspect until he agreed.

"I'm going to give you one last chance," one of the officers can be heard telling Thanapat as he gasps his last breaths.

Six minutes into the harrowing video, the suspect has stopped struggling. The officers finally get off him and roll him over, where he lays motionless. They throw a jug of water on him in an attempt to revive him.

READ:  Jennifer Lopez and Alex Rodriguez spotted out to dinner together after split

Eight minutes in, they begin performing CPR; but Thanapat is dead.

After the video, Uttanapol allegedly told officers to take the body to the hospital and tell doctors he died of a drug overdose. The woman was released and ordered not to say anything. According to the whistleblower, Uttanapol paid the victim's father off to keep silent.

Four of the officers (pictured above) have been arrested and charged with murder, while three others are still being sought — including Col. Uttanapol, who is better known as  "Jo Ferrari" because of his collection of expensive sports cars.