She thought it was rainwater.
A sleeping Texas woman was woken by what she thought was rainwater — and found herself in a living nightmare.
The liquid dripping on Ana Cardenas’ face was actually blood, being splattered al… 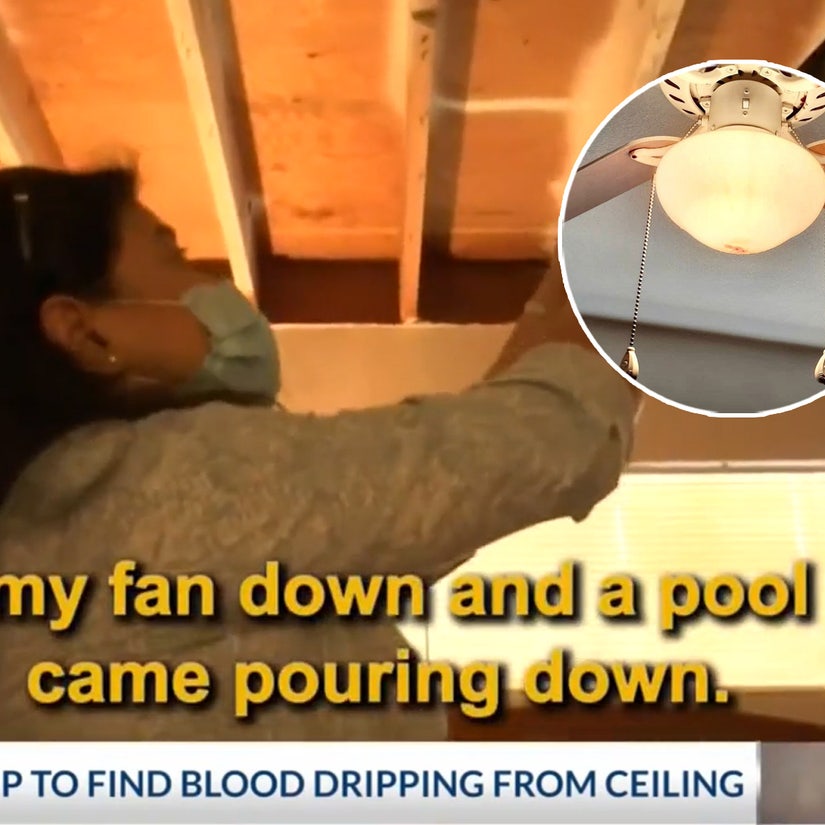 She thought it was rainwater.

A sleeping Texas woman was woken by what she thought was rainwater — and found herself in a living nightmare.

The liquid dripping on Ana Cardenas' face was actually blood, being splattered all over her bedroom by the spinning ceiling fan above.

Switching on the light at 4 AM, she found her walls, her bed, her furniture, her body and even her hair soaked in blood.

"I called maintenance and they said: 'Are you sure?' and I said: 'Blood is falling on me.'"

Gruesome pictures from the scene show the blood pooling on the clothes lying on her bed.

Cardenas discovered that her upstairs neighbor, a man aged between 50 and 70, had died about a week ago on the exact spot above her ceiling fan — and had begun to decompose.

"The firefighters knocked down his door and the body was laying exactly where my fan is underneath," she told the station. "He had carpet but the blood seeped through to my ceiling."

"They took the fan down and a pool of blood came down."

But the nightmare was only beginning for Cardenas: she says the apartment management company, Cielo Vista, are offering zero compensation.

"I told them my bed is covered in blood and they told me they're sorry but the insurance won't pay it."

While the apartment was disinfected and the ceiling removed, KTSM reported a foul smell still lingered and it was full of flies.

READ:  Tami Roman Says Her Daughter Came Out To Her As Bisexual Via Text!!

Cardenas was forced to move out to a hotel, and is continuing to look for an apartment within her budget, and has received zero compensation from the company. She said she did not have renter's insurance, since it was not required.

She said she was so traumatized by the incident she can't eat or sleep; she also wants a medical exam to ensure she doesn't have an infection.

"It was awful, an awful impact," she said.

Attempts by TooFab to contact the company by phone were unsuccessful.

A GoFundMe to help her in the meantime has raised more than $2,300.

"An unfortunate death occurred in the apartment above mine which resulted in me being forced from my home with nowhere to go," she wrote. "The apartments are not providing assistance with an alternate housing situation. They even refuse to accept or return any of my calls."

"The ceiling was destroyed and I have been forced to throw away all items covered in bodily fluids due to the incident. This requested go fund me assistance will help with temporary shelter and replacement of my clothing and belonging that were contaminated. Any assistance is appreciated in this time of need."