He exposed some naked truths.
A Texas dad stripped down to his underwear in the middle of a school board meeting on Monday to make a pretty excellent point about wearing masks.
The Independent School District’s board of t… 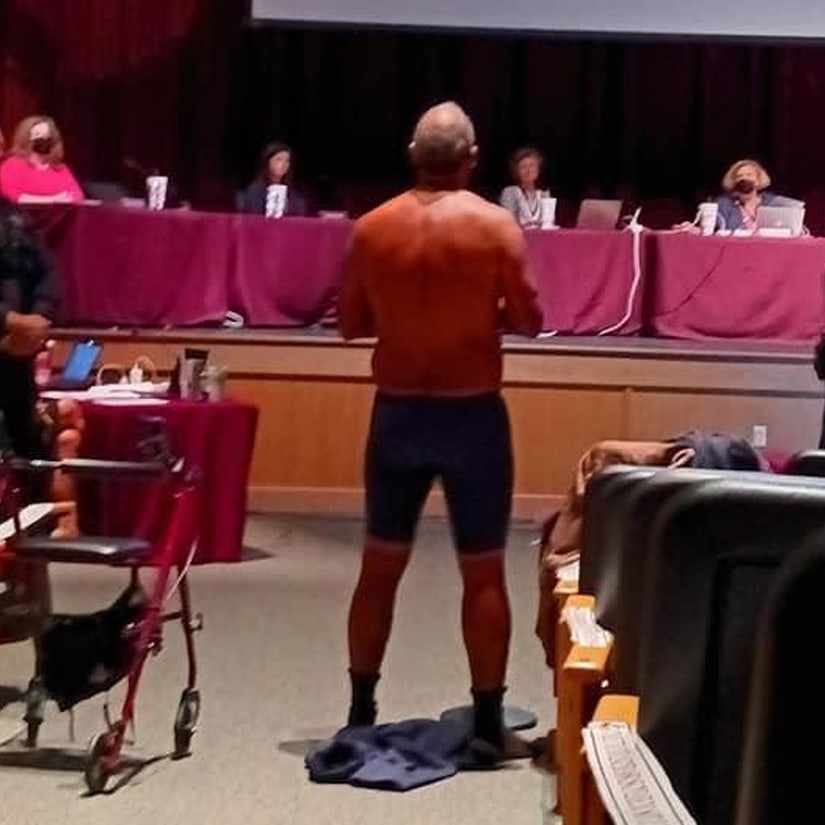 He exposed some naked truths.

A Texas dad stripped down to his underwear in the middle of a school board meeting on Monday to make a pretty excellent point about wearing masks.

The Independent School District's board of trustees was hearing arguments from parents for and against mask mandates; the board currently enforces a "mask optional" stance.

Being Texas, a lot of the parents were more concerned about freedoms and rights than anything else: "It is not your job to be the health department," one parent exclaimed during her minute-and-a-half, the San Marcos Record reported.

But then James Akers stood up to make a counter point, and rather impressively too.

"I do not like the government or any other entity, just ask my wife, telling me what to do," he said, taking off his jacket.

"On the way over here, I ran three stop signs and four red lights," he (hopefully) joked. "I almost killed somebody out there, but by God, they're my roads too. So I have every right to drive as fast as I want to, make the turns that I want to."

"I got over here to the school today, and the parking lot was full, and I decided I was going to park wherever the hell I wanted to — which, in this case, happened to be a handicap [spot]."

It was at this point his pants came off.

Stood in the hall in just his underwear, police officers started to close in.

Amid wolf whistles, Board President Barbara Stroud finally interjected before any more clothes came off.

"Mr. Akers, I believe you're a swimmer, but if you wouldn't mind putting your pants back on for a comment, that would be greatly appreciated," she said.

With that, Akers started getting redressed, receiving just a fist bump from the approaching officer before returning to his seat.

Despite promising before the meeting a decision would be made, none was.

According to the Record, Hays County currently has 2,262 active cases of Covid-19. Of the 50 people hospitalized, 41 of them are unvaccinated.