Andy Cohen asked Teresa what Melissa could do to “ease” her husband’s fear that they are growing apart.
Teresa Giudice got candid about Joe and Melissa Gorga’s recent marital woes.
During her appearance on Wednesday’s “Wa… 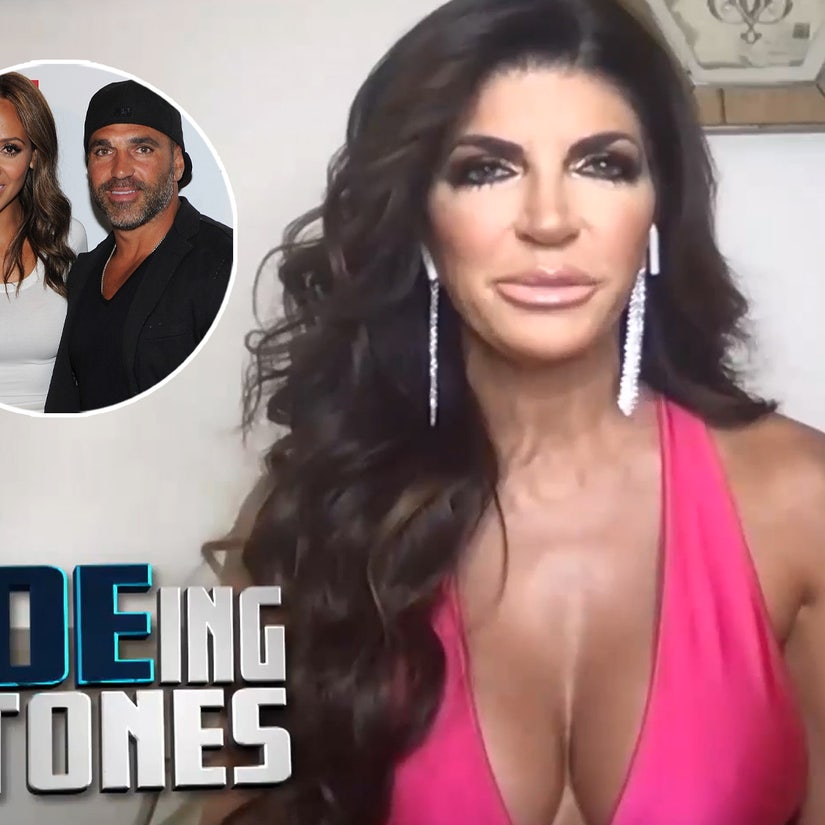 Andy Cohen asked Teresa what Melissa could do to "ease" her husband's fear that they are growing apart.

During her appearance on Wednesday's "Watch What Happens Live," the "Real Housewives of New Jersey" star was asked a series of questions about her brother and sister-in-law's teetering relationship by Andy Cohen a segment called "JOE-ing Stones".

The Bravo boss first inquired if Joe might learn anything from how Teresa's new boyfriend, Luis, treats the reality star.

"Oh my God, this is such a hard question 'cause I don't really know their relationship," Teresa began. "I mean, I see it on the surface, but I'm not behind closed doors with them. Like I don't know what happens, you know?"

As for Joe being insecure about Melissa making her won money, Teresa quickly shot down the notion.

"No, I think my brother likes that because otherwise she wouldn't be on the show -- she's on the show and she adds to the income and he's all about that too, because he's part of it also."

The mother-of-four bodybuilder also denied that her brother was "born broken," which was claimed by "RHONJ" star Frank Catania.

Andy then asked, "You think Melissa could be doing something to ease Joe's fear that she's growing out of him?"

"Yeah, she should just give him more attention," Teresa replied. "My brother and I were very affectionate people and by just touching him and being all over him, I mean, that's how they used to be. Maybe they're not like that so much now. Maybe. I don't know. Cause if they'd been married like a while, maybe she needs to go back to how she was when they first were together."

The latest season of "RHONJ" exposed the drama going on between Joe and Melissa, including several explosive fights. At one point, Joe even goes so far to tell his wife of 17 years that they're "done." And during a bus ride home, Melissa calls Joe "spoiled" for complaining that she didn't walk alongside him.

"He has a very old school mentality," she said of Joe later in the episode. "When we started our marriage, I was 24 years old. I did whatever Joe told me to do. He was someone who was jealous. At the end of the day, I don't want to feel guilt for achieving things that I want to achieve. He tells me that's wrong."

As for Joe, he explained in a confessional, "When you get too much success, you become a different person. I call fame the devil. The devil comes into your soul and you forget who you really are."