Gary and Kristina, meanwhile, react to Amber calling her a “whore” and “homewrecker” during an emotional Instagram Live.
Looks like the situation between Amber Portwood, her daughter Leah, ex Gary Shirley and his wife Kristina ha… 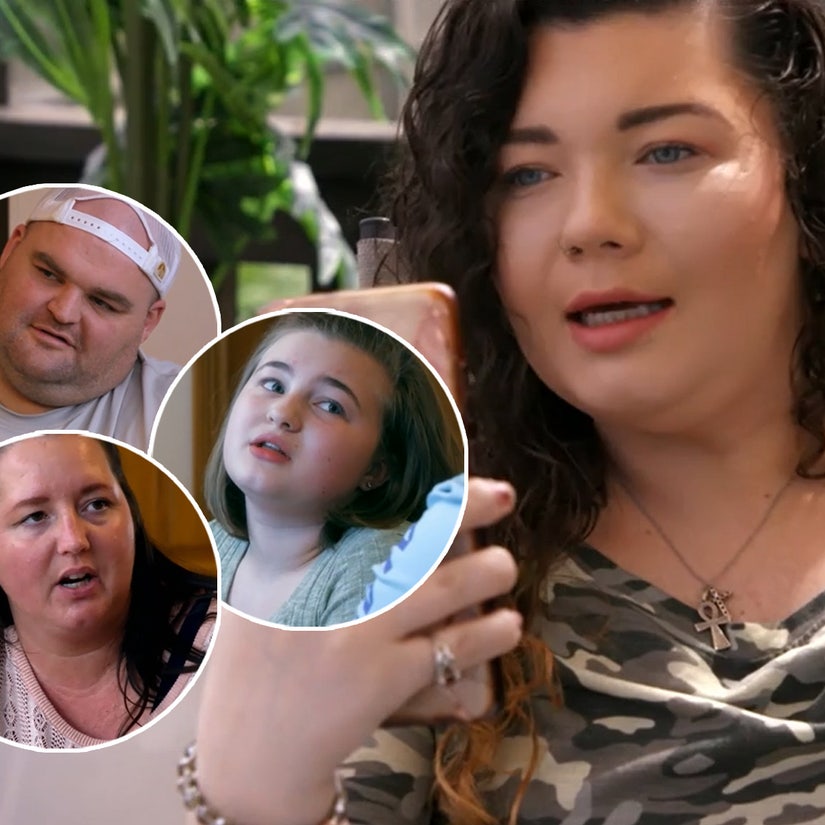 Gary and Kristina, meanwhile, react to Amber calling her a "whore" and "homewrecker" during an emotional Instagram Live.

Looks like the situation between Amber Portwood, her daughter Leah, ex Gary Shirley and his wife Kristina hasn't improved -- at all -- between seasons of "Teen Mom OG."

The last time we saw Amber, she stormed out of the reunion after calling Kristina "absolutely horrible" and blaming her for coming between her and her daughter. Surprising no one, that didn't really help things between them and, when the Season 10 premiere picked up just before Easter, the group wasn't on speaking terms.

"For Easter, she's most likely not going to come with me. I've been reaching out to them and I still haven't heard anything back," Portwood explained. "Leah and I are still struggling with our relationship."

"Things were going good for a while, especially when I had my son James with my ex Andrew. I have joint custody with James, so I see him every week, but my relationship with [Leah] has changed a lot," she added. "I haven't seen her in quite some time."

Portwood went on to tell her mom that comments Leah made during the previous season -- in which the 12-year-old said her mother birthed her and abandoned her -- were "very hurtful." She added, "Someone's in her ear. And it's not right."

Later that evening, Amber went on Instagram Live and ripped into Kristina further, for all her fans to see.

"I haven't heard back from Gary or Leah .. I'm really getting the feeling that Gary and Kristina might be keeping her from me. I can't sleep, I'm hurt, Kristina doesn't do anything for Leah. She doesn't take care of my daughter," Portwood vented. "I went to jail, I got depressed and now, for years, I've been trying and my daughter has not stayed with me in over 20 months. When I was in prison, I was told that when I got out, I would have my family, all the while I was being cheated on. When you're a whore, you're a whore. You're a home wrecker."

While Amber later deleted the Live, the damage had already been done.

"I've gotten about 61 messages. Apparently, your baby mama has went off on her Instagram rants again," Kristina said to Gary the next morning. "This time attacking me for probably 45 minutes. I'm totally ignoring it, but I got called some names. I got called a whore, homewrecker, things that aren't true."

"Obviously, you're not either of those," said Gary, who was adamant Leah knew he met someone else while she was behind bars. "Leah does't want to be around her, so she's attacking the person Leah does want to be around. It's nothing personal, it would be any person that was in your shoes, in your place in Leah's life. That's what it is. I just hope Leah doesn't see it on there."

He added, "It's about Amber, she doesn't see the hurt and the pain she's continuing to cause her daughter by doing this. If she could just keep her ass off social media."

In the end, Portwood said she didn't end up seeing her daughter on Easter and wound up taking a staycation to a nearby hotel with son James and her family.

"I feel very stressed right now, very sad," she said to a producer, who of course asked about the Instagram Live. "I deleted it, hoping just my fans saw it and got s--- blasted everywhere. They don't like the truth, sorry. They haven't been answering any of my phone calls or text messages, so I was ignored."

"All I do is text Leah all the time, I don't get anything back. Never. Not anymore, at all," Portwood continued. "I told her I love you, I miss you. No response."

READ:  Julianne Hough Is NOT Interested In Dating Anyone Amid Her Divorce From Brooks Laich!

Saying they haven't spoken for a "long time," Amber said she knew what was going on in Leah's head: "Other people."

"I don't understand why I'm being treated this way now," she added, vowing to never "give up on her."