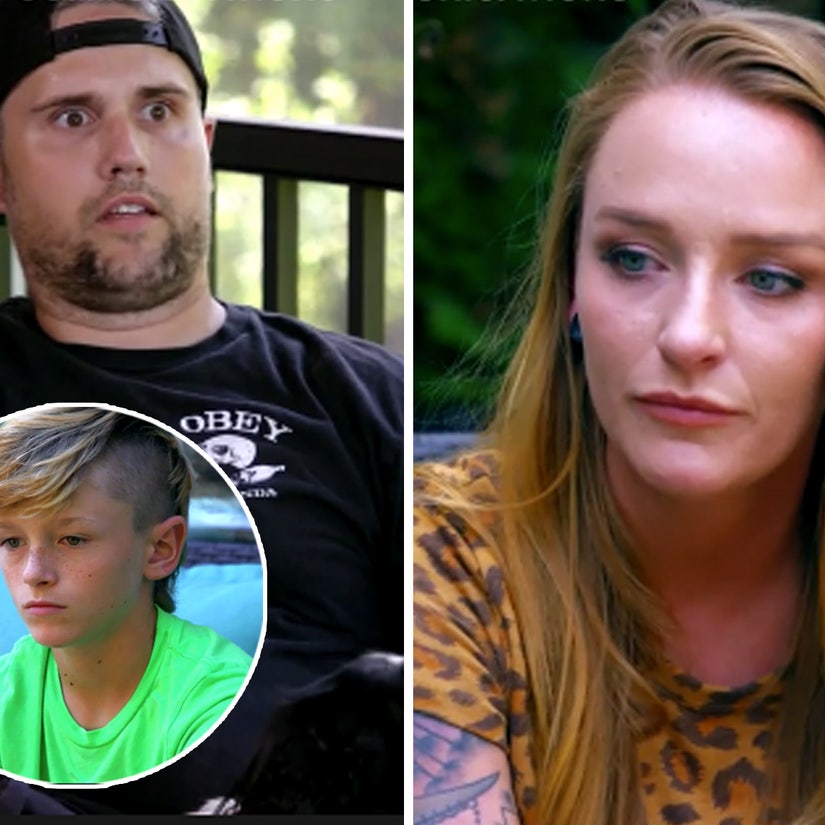 While the order of protection between Ryan and Maci's family has expired, the bad blood hasn't gone anywhere.

In Tuesday's season premiere, Maci explained that the protection order she had against her ex "caused a lot of strain between our families," but noted that it had expired during their production break. While the order was no longer in effect, its expiration didn't lead to a sudden surge in their son Bentley seeing his father.

Maci noted that neither Ryan or his wife Mackenzie attended any of Bentley's games and that lack of interest appeared to be a two-way street. "I couldn't tell you the last time the words, 'I wanna see my dad' came out of his mouth," she said of their son.

She said that while Bentley still wanted to see his brother and sister from Ryan, he told his father's parents that "he doesn't want to see his dad anymore unless he gets therapy." According to Maci, that happened three months ago and there had been no progress from Ryan in that department.

Ryan, meanwhile, explained that even though he could reach out to Maci directly now, he had no intention of ever doing that. He said that, "because she did an order of protection with about 30 lies last time," he didn't "feel the need to speak to her and bring some of that back in my life again."

His parents, Jen and Larry, appeared to be firmly on Ryan's side, as he said he would love to see his son "all the time," but thought Maci's "always got some crisis and I'm just tired of it." His dad even insinuated Maci could be the one actually behind the therapy ultimatum -- saying "sometimes it's pretty easy to convince children and bend their minds how you want it."

The hour ended with Maci sitting down with Bentley on camera, as she asked him whether Ryan or anyone from his family had said anything to him about getting therapy. "No," he simply replied.

She also asked if she felt they had been "respecting what you've said," to which he also replied "No." He added that he hoped therapy would help "work things out between us and I would get to see him more."

In the end, Maci decided to make an appointment on her own, with the intention to just tell Ryan where and when to show up. Though Bentley signed off on the idea, viewers don't yet know how Edwards will react.