“I said it in front of her while we were filming,” Garcelle wrote, responding on Twitter.
Teddi Mellencamp said Garcelle Beauvais complained to the “Real Housewives of Beverly Hills” production crew about her return to the show.
… 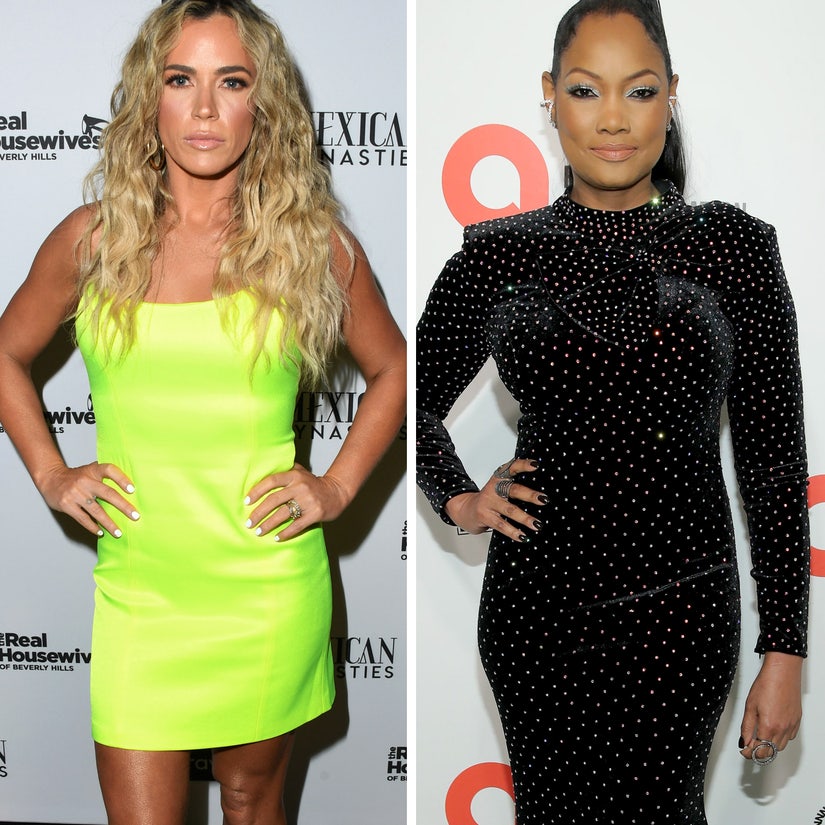 "I said it in front of her while we were filming," Garcelle wrote, responding on Twitter.

Teddi Mellencamp said Garcelle Beauvais complained to the "Real Housewives of Beverly Hills" production crew about her return to the show.

Speaking with fellow RHOBH star Kyle Richards on her "Teddi Tea Pod" podcast, the former reality star discussed what went down behind the scenes during her guest appearance on last week's episode.

Teddi was on hand at Kyle's during a holiday party where the cast members grilled Erika Jayne on how much she did or didn't know about her estranged husband Tom Girardi's legal woes.

"What you guys didn't see -- which really is what revved me up and turned into a whole thing at the table -- was right after I said that thing about Erika," Teddi began. "Where I said, 'You guys, you know, you've never asked Erika these things before, let's just see how it plays out' and Garcelle yelled -- what was it exactly that she yelled out -- she said, "Why is she even here and why does she get to have an opinion?'"

"And she says it to production," the fitness guru continued. "And, of course, she knows they can't use that, but then I hear her say it and I'm like 'Well, do I need to ask you when I can speak Garcelle?'"

Kylie chimed in at this point, adding, "That was not cool to say the least."

Teddi, who was axed from RHOBH last year, said Garcelle's words held more weight as Teddi was already finding it difficult to be included as a "small portion" to a show she was "no longer a part of."

READ:  Here's Why This Plaid Button-Down Shirt Is a Fall Staple

"It wasn't nice," Kyle said, to which Teddi agreed, adding she had sent Garcelle a text about the incident, but has yet to hear back.

Meanwhile, Garcelle added insult to injury after the account queensofbravo posted about Teddi "overhearing" Garcelle's complaint on her podcast.

"Well that's not true," Garcelle tweeted in response. "I said it in front of her while we were filming."

Teddi eventually replied on Twitter, accusing Beauvais of "feeing the trolls." She wrote: "I said you said while looking at prod in front of me while filming & I responded 'Do I need to ask you when I can speak?' Maybe I should have asked why you text me Happy Bday or about mattresses & agents if you're so bothered by me. But feed the trolls & thanks for the listeners!"

A fan then asked why she was there in the first place.

"Y'all say you want 'reality' but when someone who was on the show for three years and has actual friendships with most of the cast shows up to a dinner you question why I," Teddi responded, before trailing off into a shrug emoji.

Garcelle also responded to a meme Teddi posted about Beauvais calling her a "gnat" on last week's episode.

When asked how she felt about Teddi's appearance at the dinner party, Garcelle said in a confessional, "I don't know, Teddi’s kind of annoying, like a little gnat." Before the episode aired, Teddi posted a picture of her head on the body of a gnat to her Instagram, to which Garcelle commented with a laughing emoji.

"That's something I have noticed with Garcelle," Teddi explained to Kyle on the podcast. "Her thing is she'll say something kind of mean or nasty and then laugh afterwards like it's a joke."

READ:  Lil Uzi Reminds His Followers That He Is “A Rapper That Started Fashion”