Taylor Swift issued a response on Twitter to Damon Albarn, the Blur frontman and Gorillaz co-creator who claimed in a recent interview with the Los Angeles Times that Swift does not write her own music.Swift, who is officially credited with writing or …

Taylor Swift issued a response on Twitter to Damon Albarn, the Blur frontman and Gorillaz co-creator who claimed in a recent interview with the Los Angeles Times that Swift does not write her own music.

Swift, who is officially credited with writing or co-writing all of her music, called Albarn's accusation "completely false and so damaging".

"I was such a big fan of yours until I saw this," Swift posted on Twitter. "I write all of my own songs. Your hot take is completely false and so damaging. You don't have to like my songs but it's really f--ked up to try and discredit my writing. Wow."

Swift added, "PS I wrote this tweet all by myself in case you were wondering." 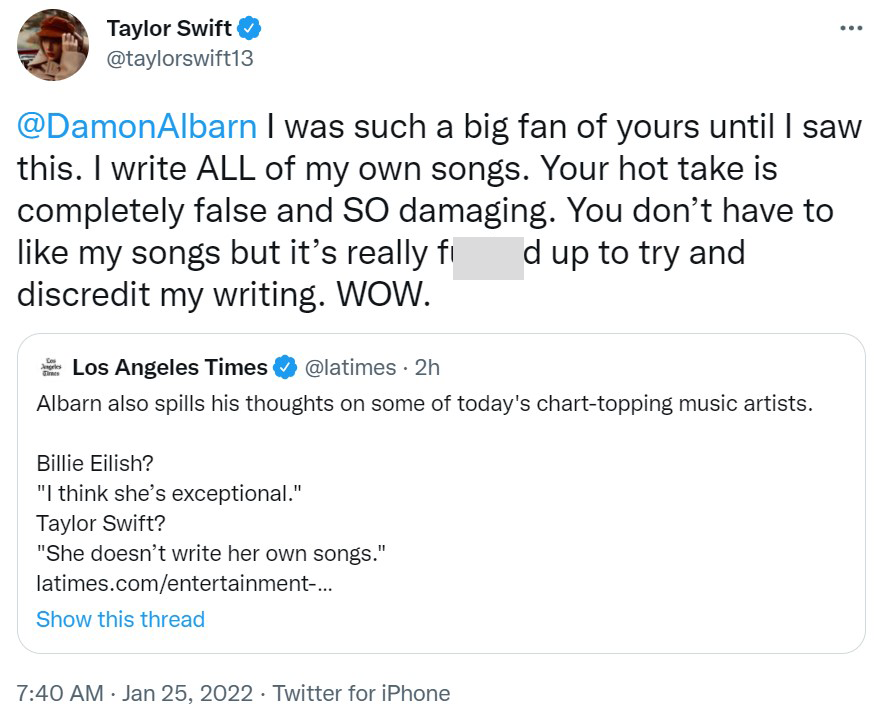 Albarn claimed Swift "doesn't write her own songs" after the Los Angeles Times interviewer noted Swift was a talented songwriter.

When the interviewer mentioned Swift also co-writes, Albarn responded, "That doesn't count. I know what co-writing is. Co-writing is very different to writing. I'm not hating on anybody, I'm just saying there's a big difference between a songwriter and a songwriter who co-writes. Doesn't mean that the outcome can't be really great."

"A really interesting songwriter is Billie Eilish and her brother," Albarn continued, "I'm more attracted to that than to Taylor Swift. It's just darker — less endlessly upbeat. Way more minor and odd. I think she's exceptional." 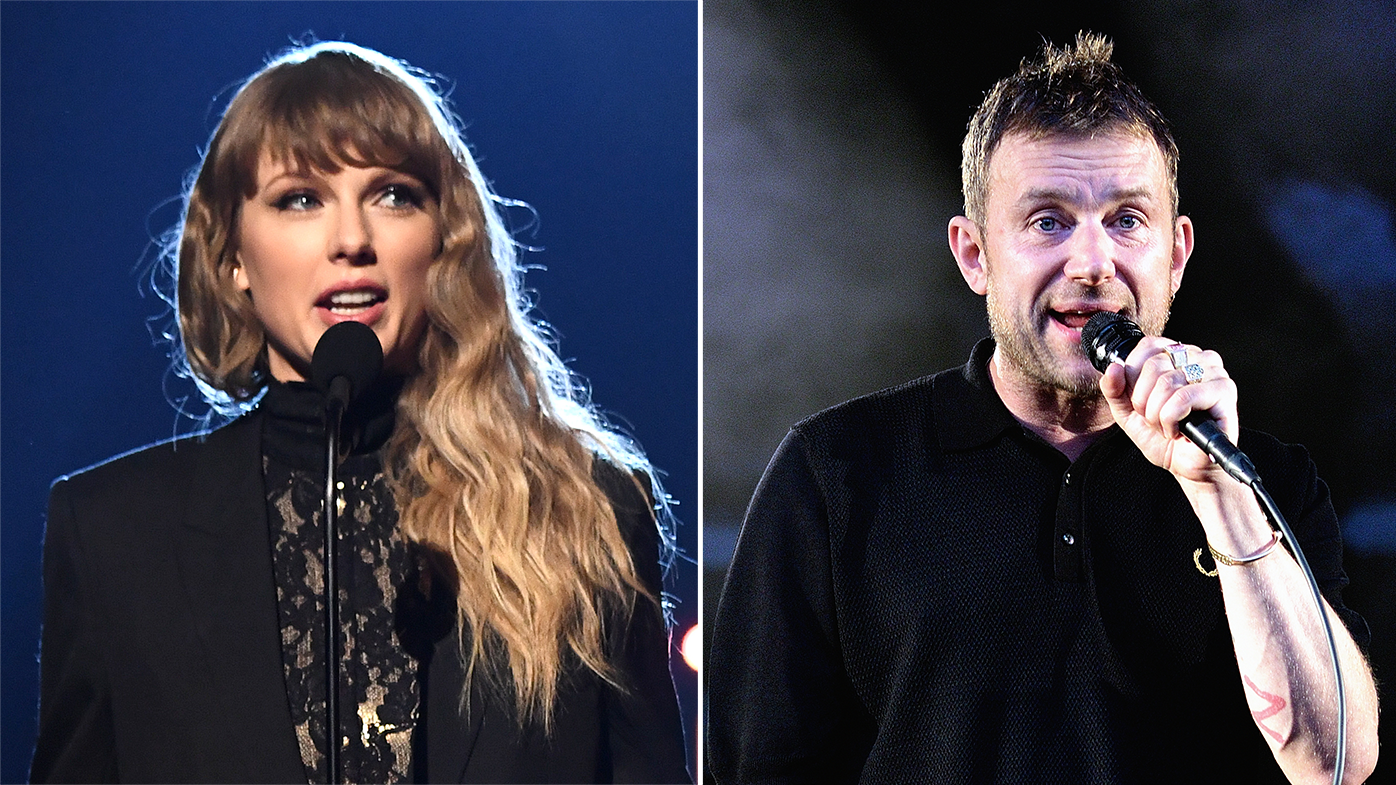 Jack Antanoff, who has produced several of Swift's songs and albums, also took to social media to criticise Albarn's claim.

READ:  Save $59 on This Radiance Reveal Routine From a French Skincare Favorite

The Bleachers frontman tweeted, "I've never met Damon Albarn and he's never been to my studio but apparently he knows more than the rest of us about all those songs Taylor writes and brings in...if you were there, cool go off. If not, maybe shut the f--k up?"

Albarn has since responded to Swift with an apology on Twitter.

"I totally agree with you. i had a conversation about songwriting and sadly it was reduced to clickbait," he tweeted. "I apologise unreservedly and unconditionally. The last thing I would want to do is discredit your songwriting. I hope you understand." 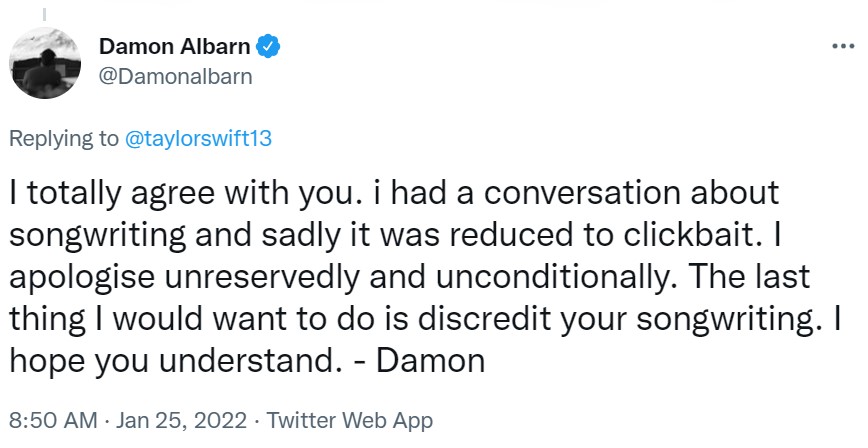