Taylor Swift is no stranger to speculation surrounding her carefully-crafted albums.In fact, the 31-year-old singer often encourages listeners to decode messages hidden in her tunes — even if they are dropped by surprise.When it comes to her latest rel…

Taylor Swift is no stranger to speculation surrounding her carefully-crafted albums.

In fact, the 31-year-old singer often encourages listeners to decode messages hidden in her tunes — even if they are dropped by surprise.

When it comes to her latest release, however, fans have had more than a decade's notice. And with that decade comes her entire discography, and its source material — her relationship history — to back up their theories.

This includes Swift's romance with singer Joe Jonas, who is now married to actress Sophie Turner.

Now called Fearless (Taylor's Version), the full re-made album is set to be released on a date that is unspecified but said to be 'soon', and will have 26 songs, including six "never before released" tracks "from the vault".

READ MORE: Why fans are convinced Taylor Swift and Joe Alwyn are engaged

The Grammy-winning artist obviously could not wait to share one of the completely unheard bops, as she just surprised fans by dropping 'Mr. Perfectly Fine'.

In the song, Swift whimsically reflects on a lost love who "looked me in the eye and told me you would never go away".

Fans were quick to point out that this song could be about Jonas Brothers star Joe Jonas, 31, who infamously broke up with her over a seconds-long phone call. Swift has previously admitted to writing 'Forever and Always', which was of the Fearless era, about Jonas.

READ:  7 Things We Learned About Maluma From His Historic Elle Cover

This does not seem to faze Jonas' wife, Turner. The 25-year-old Game of Thrones alum and self-professed Swiftie reacted to the track by posting a snippet of the single to her Instagram Story, writing, "It's not NOT a bop."

While Swift hasn't confirmed who 'Mr. Perfectly Fine' is about, she did publicly respond to Turner's post. 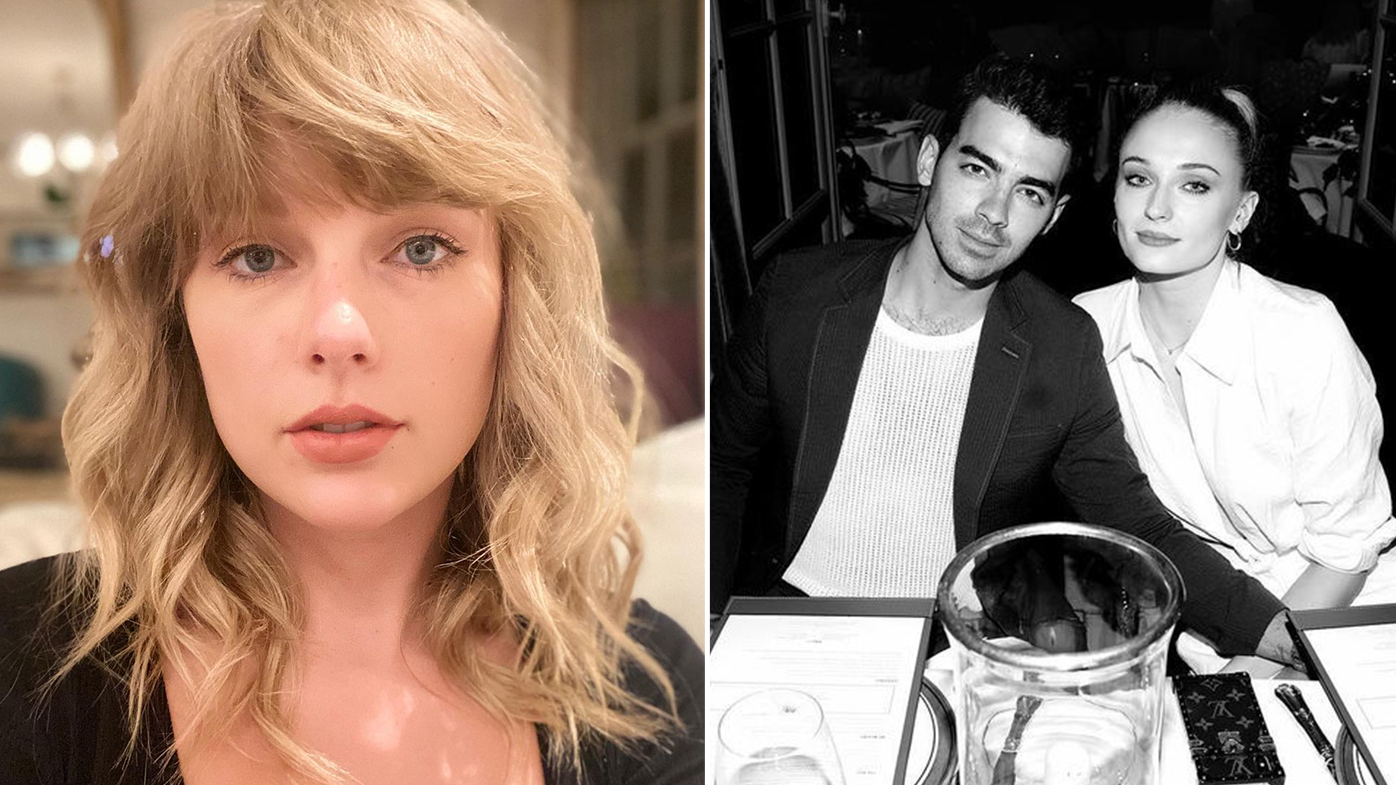 Swift reposted the actress' Instagram Story shoutout on her own account, alongside the note, "forever bending the knee for the [queen] of the north," a reference to Turner's role as Sansa Stark. 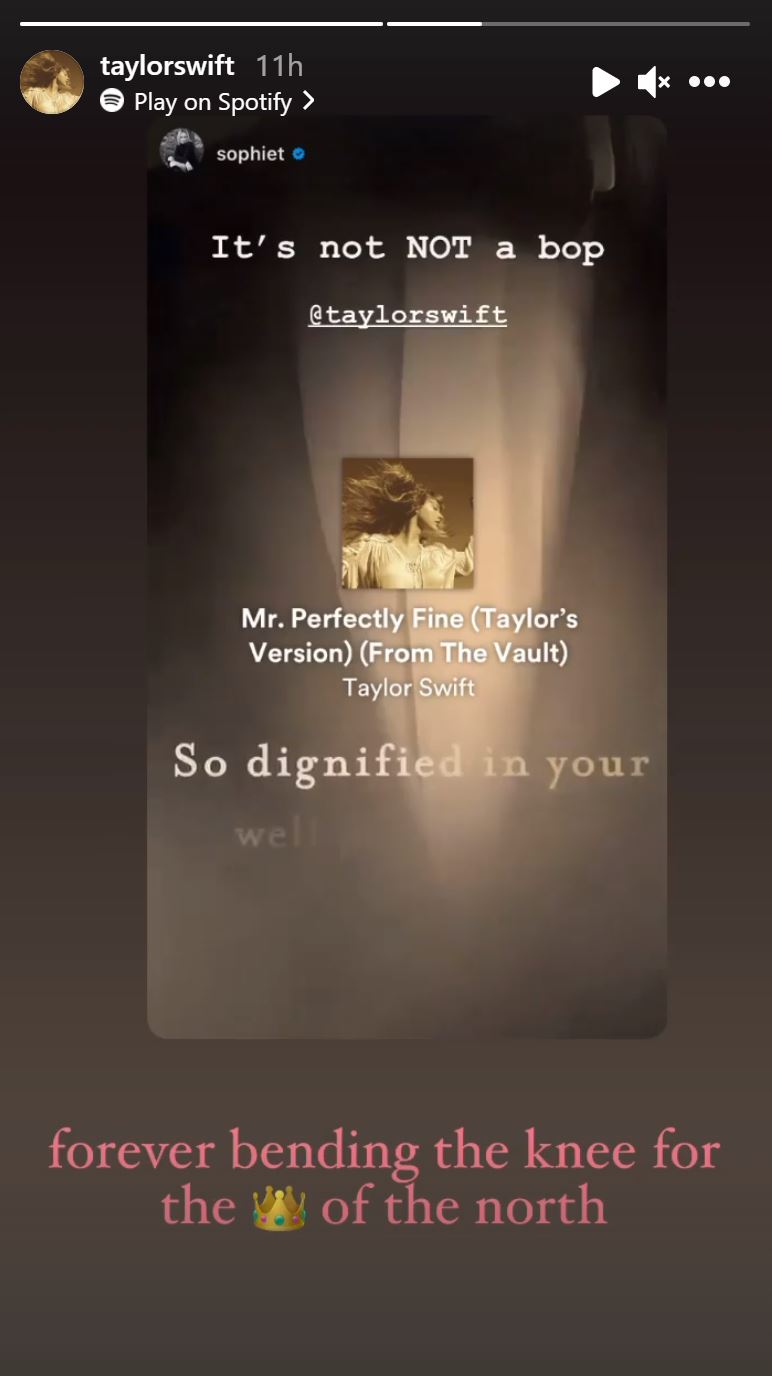 Swift, who is dating actor Joe Alwyn, 30, mentioned in her song 'Invisible String' she sent Jonas and Turner a present to celebrate the arrival of their baby girl, Willa, who was born in July 2020.