Cornell died while the “Gossip Girl” star’s band was on tour with him in 2017.
Taylor Momsen opened up about an extremely dark period in her life after the death of Chris Cornell and her longtime producer, Keto Khandwala.
… 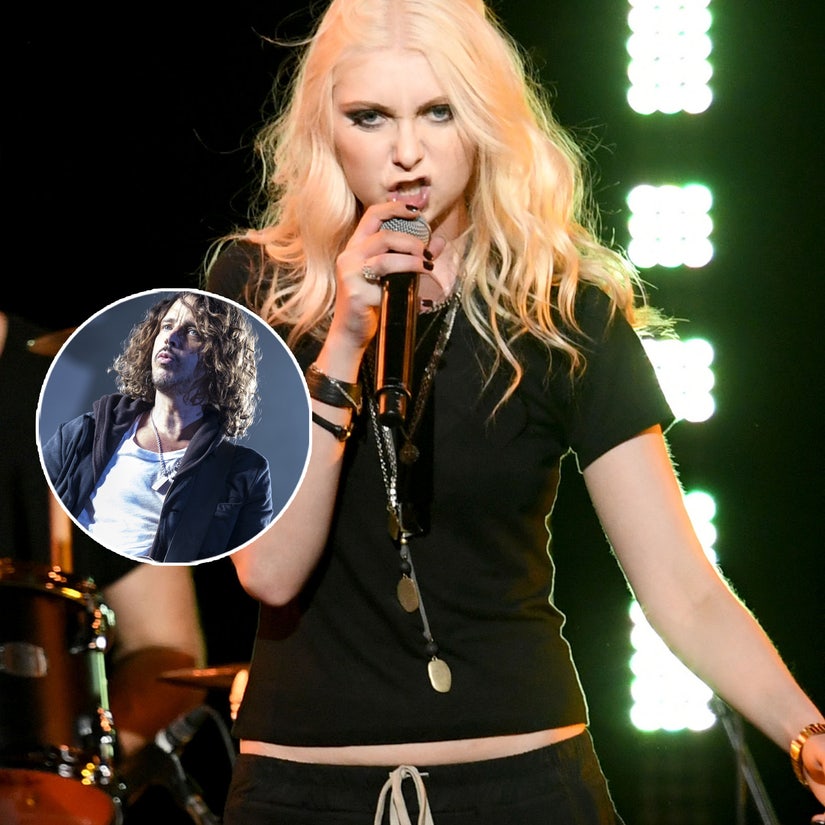 Cornell died while the "Gossip Girl" star's band was on tour with him in 2017.

Taylor Momsen opened up about an extremely dark period in her life after the death of Chris Cornell and her longtime producer, Keto Khandwala.

The "Gossip Girl" actress revealed she began suffering depression and struggling with substance abuse following Cornell's suicide in 2017, according to People. Her band, Pretty Reckless, had been touring with Cornell at the time.

"Opening for Soundgarden was the highest of highs for me," she told the outlet. "So to have it end so tragically was crushing. We were there that night in Detroit [when Chris died] and spoke that evening. To wake up to the news that he had passed was such a shock. I was not equipped to handle that."

After cancelling the rest of her tour, she received more horrific news 11 months later -- her friend Khandwala died in a motorcycle accident at the age of 47.

"When I got that phone call that he died, that was the nail in the coffin for me," she explained. "I went into this hole of just utter depression and substance abuse. I was in a very unhealthy space."

Momsen went on to say that working on her latest album, "Death by Rock and Roll," helped pull her through those tough times.

"I'd given up on life, but then I turned to music," she said. "It saved me. I am very lucky that I had my best friends by my side, pushing me in the new direction. Music has always been the constant."

The name of the album even came from Khandwala, who was fond of the phrase "all the time," according to Momsen.

"It was like a code that we lived our life by, and that I still live my life by," the singer explained. "It might sound really morbid to some people, but that is not its intention. It's very much a battle cry for life -- live life your own way. So, when Kato passed, that phrase became very relevant to me again."

"I would consider this a rebirth in my life right now," she added. "I really do. My band and I have been through so much, and the healing process is not over by any means, but we're certainly well on our way. I want people to know that there is a light at the end of the tunnel, and there is a reason to keep moving forward."

If you or someone you know is struggling with addiction, please contact the SAMHSA substance abuse helpline at 1-800-662-HELP.