The new series of Euphoria landed on our screens this month, and fans have had a lot of opinions. From the not-so-redeeming character arc of Nate Jacobs and Rue’s newfound friendship with Elliot (aka Dominic Fike), to the changing relationship between… 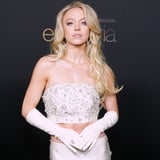 The new series of Euphoria landed on our screens this month, and fans have had a lot of opinions. From the not-so-redeeming character arc of Nate Jacobs and Rue's newfound friendship with Elliot (aka Dominic Fike), to the changing relationship between Sydney Sweeney's character Cassie and Maddy (played by Alexa Demie), viewers of the show have had a lot to contend with so far. As is typical of Euphoria, some NSFW scenes have also caused a bit of a debate.

In the first episode of series two, Rue (played by Zendaya) is the only character that refuses to strip down naked when asked to do so by a group of dangerous drug dealers. Conversely, Sweeney's character, Cassie, is the first main character to be naked during a sex scene in the following episode. As a result, some fans on Twitter compared the two characters, with Sweeney's being looked down on for filming more nude scenes.

In a recent interview with The Independent, Sweeney acknowledged the scenes and confirmed that she's never felt uncomfortable shooting Euphoria. The actor explained that this was mostly due to the fact that there's an intimacy coordinator on set, but also because of Sam Levinson, the show's screenwriter. "There are moments where Cassie was supposed to be shirtless and I would tell Sam, 'I don't really think that's necessary here' and he was like, 'OK, we don't need it'", Sweeney explained. "I've never felt like Sam has pushed it on me or was trying to get a nude scene into an HBO show. When I didn't want to do it, he didn't make me."

READ:  NBA Youngboy Asks Drea Symone Why “No One Likes Him” During Recent Visit To See Their Newborn Daughter—She Says It’s Because He’s “Mean”

Essentially, it's clear that some scenes in Euphoria don't require the same level of nudity as others and that the actors on set who do end up filming nude scenes are made to feel comfortable and safe - and most importantly: they're involved in those decisions, too.