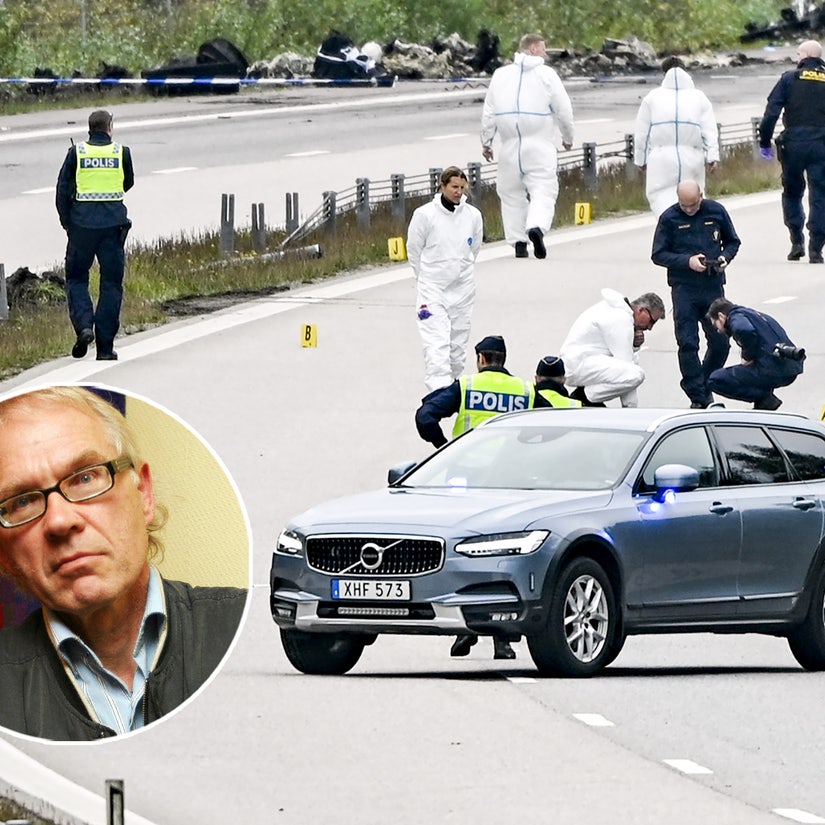 A Swedish artist who survived several murder plots over his drawing of the Prophet Muhammad has been killed in a car crash.

Lars Vilks died alongside two of his police bodyguards on Sunday when their car collided with a truck near the town of Markaryd in southern Sweden, BBC reported.

Police do not yet know what caused the crash, but do not suspect foul play. The truck driver was injured and taken to hospital, where he was questioned by investigators.

"... there is initially nothing to suggest that anyone else was involved," police said in a statement.

A witness who was first on the scene told Aftonbladet he ran to the vehicle and tried to put out the fire, but it was too late.

He said the car appeared to have lost control and veered onto his side of the motorway; the truck had no time to swerve and they collided at "incredible speed." After crossing through the wire fence dividing the motorway, the car ended up wedged beneath the truck, both aflame.

Investigators say they found tire remnants before the site of impact, suggesting the car may have suffered a blow-out.

Vilks had been living under constant police protection, having sparked massive controversy in 2007 with his drawing of the Prophet Muhammad on the body of a dog.

Several Islamic nations condemned the publication, while al-Qaeda even placed a $150,000 bounty on his head. A number of assassination plots were foiled, while his house was also the target of a firebomb attack.

READ:  Forgot What Happened to Forty on Netflix's You? Here's a Quick Refresher!

On Valentines Day in 2015, Danish film director Finn Nørgaard was shot dead at an event — Art, Blasphemy and the Freedom of Expression — organized by Vilks; investigators believed bullets were meant for the organizer.

The shooter went on to kill another man at a synagogue, before ultimately being shot dead in a shootout with police. The attack is believed to been inspired by the Charlie Hebdo attack that left 12 dead in France the month previous.