“You are Stronger than these Womanizers and we are Lucky to have you.”
Stephen Colbert appears to be the only host in late night on Thursday to cover Britney Spears’ emotional and blistering testimony this week in her conservator… 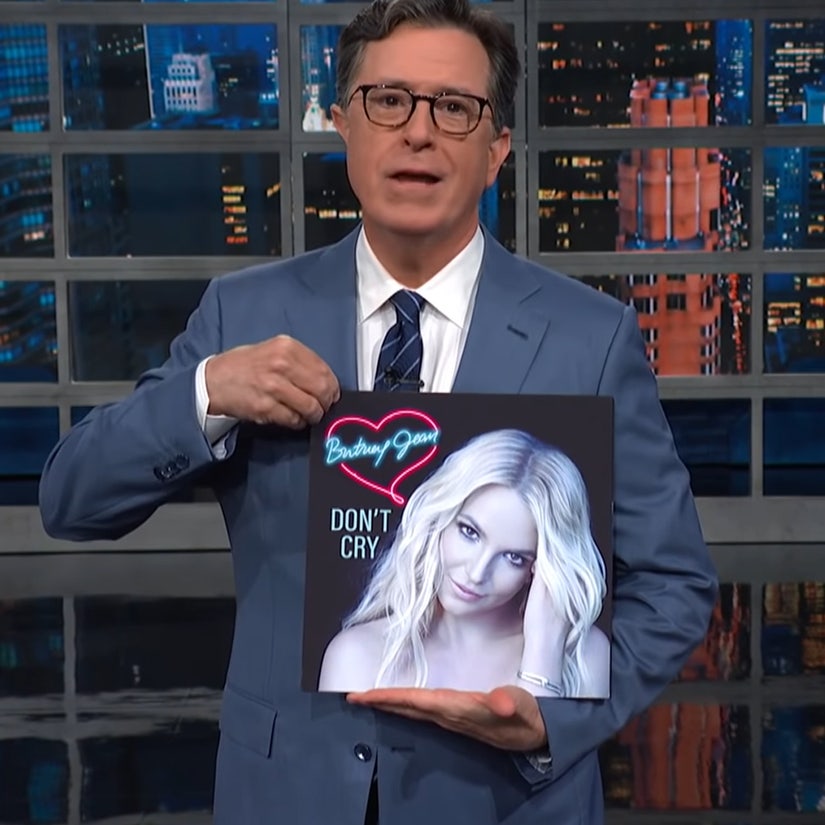 "You are Stronger than these Womanizers and we are Lucky to have you."

Stephen Colbert appears to be the only host in late night on Thursday to cover Britney Spears' emotional and blistering testimony this week in her conservatorship battle -- calling the pop star's situation "insane," "awful" and "sexist as hell."

Spears has been under a conservatorship since 2008, with her father Jamie Spears in control of both her personal and professional life. On Wednesday, Britney herself spoke out about the situation for the first time, during a blistering and heartbreaking 20-minute statement in court.

She painted a horrific picture of abuse from being forced to perform despite her protests to being forbidden to have children with her boyfriend Sam Asghari because the conservatorship won't allow her to get her IUD removed. She even says she was put on lithium against her will after she shut down her Vegas residency. "I would honestly like to sue my family, to be totally honest with you," she said.

When Colbert brought up the battle and Jamie's name during his monologue on Thursday, it was met with a round of boos from the studio audience. After reading some of her words aloud, he added, "That's right, Britney told the judge, they're not that innocent," a reference to "Oops ... I Did It Again."

Of the IUD claim, Colbert said it was "awful and sexist as hell," before adding, "I find it hard to believe Joey Fatone would need a court's approval to take off his chastity belt."

"Here's how messed up the situation is: Because she doesn't control her own money, Ms. Spears has to pay her lawyers on both sides, including those arguing against her wishes in court. That is insane," he continued. "Everyone in her life is profiting from keeping her in this situation."

READ:  This Wireless Bali Bra Will Have You Ditching All of Your Old Favorites

"I think this legal expert said it best in 2007," Colbert added, before showing a clip of Chris Crocker's infamous "Leave Britney alone!" video and calling him "a prophet."

Colbert ended the monologue by using Spears' own music to show support, holding up various album covers as he sent a message to the singer and the court itself.

"Your honor, this conservatorship over Britney Spears is Toxic. The fact that this is legal is Criminal," he began. "Everytime I think of the Circus around her I Scream & Shout, because this is Crazy. Britney is saying I Wanna Go because all these people want a Piece of Me, but their response is just Gimme More."

"Britney, Don't Cry, you are Stronger than these Womanizers and we are Lucky to have you," he added. "Jamie Spears, your daughter deserves to be in control of her own Work Bitch. And anyone who doesn't think so is Crazy. Oh, I already used that one? Well, Oops ... I Did It Again."

Aside from Colbert, most of late night was surprisingly silent on the situation, though Andy Cohen was quick enough to name Jamie the "Watch What Happens Live" Jackhole of the Day on Wednesday following her testimony.

"She is a woman," Cohen said of Spears. "And she certainly deserves a whole lot more than a low-rent 'Mommie Dearest' in a boxy suit. Britney, after the courage you showed today, you are one hundred percent stronger than yesterday. And Jamie, if you want to make money in the future, I suggest, you better work, b----!"

See more celebrities who have spoken out in support of Britney below: