Sir Ian McKellen has become the highest-profile celebrity to receive the COVID-19 vaccine so far.The Lord of the Rings star said he feels “euphoric” after receiving his first injection at the Queen Mary University of London, in east London on Wednesday…

Sir Ian McKellen has become the highest-profile celebrity to receive the COVID-19 vaccine so far.

The Lord of the Rings star said he feels "euphoric" after receiving his first injection at the Queen Mary University of London, in east London on Wednesday.

The British actor, who also appeared in the X-Men franchise, said he would recommend the jab to others. 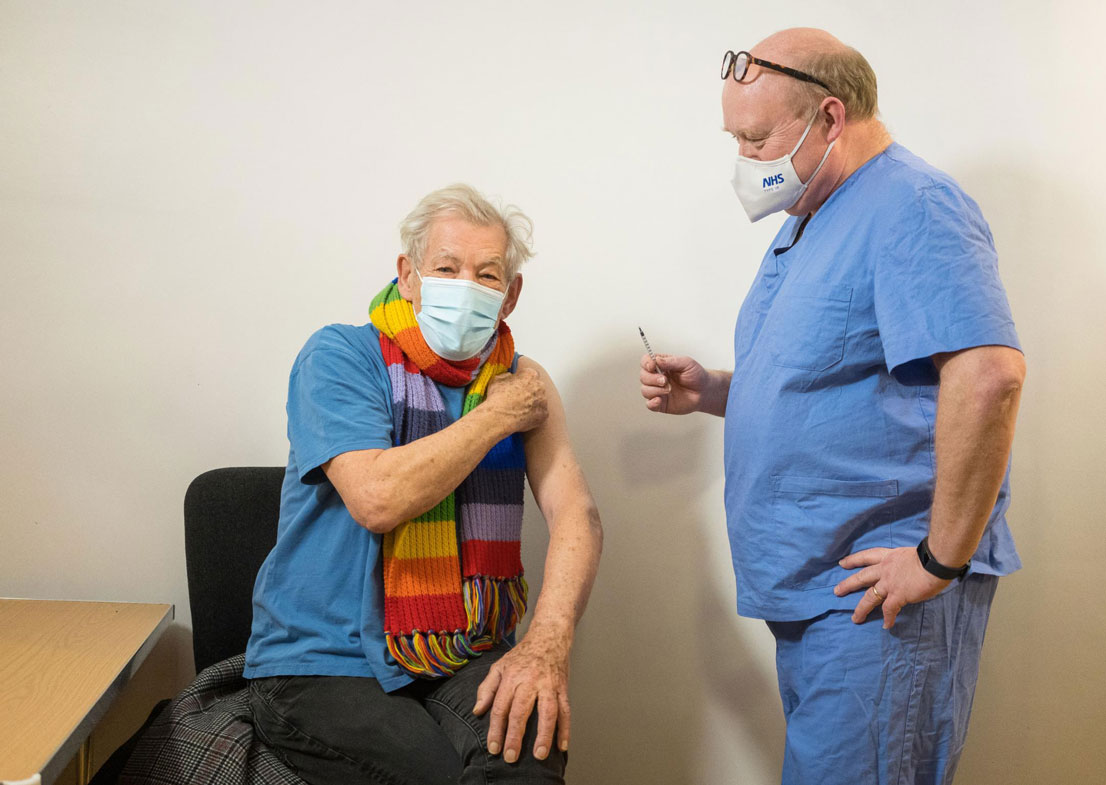 "I feel very lucky to have had the vaccine. I would have no hesitation in recommending it to anyone," he said in a tweet Thursday.

"I really hope that, as more people get vaccinated, we will move further along the path back to a more normal way of life," McKellen also said in a message tweeted by the UK's National Health Service (NHS).

The actor was all praise for NHS, telling ITV News, "That's the real bonus of all this, to watch and see what works in this country and what doesn't work — and it seems to me the NHS is right at the top of the list for institutions that do work."

NHS England said in a press release that McKellen, who is 81, formed one of the first "eligible groups" for the vaccine, which is being rolled out to people over the age of 80, as well as healthcare workers and care home residents. 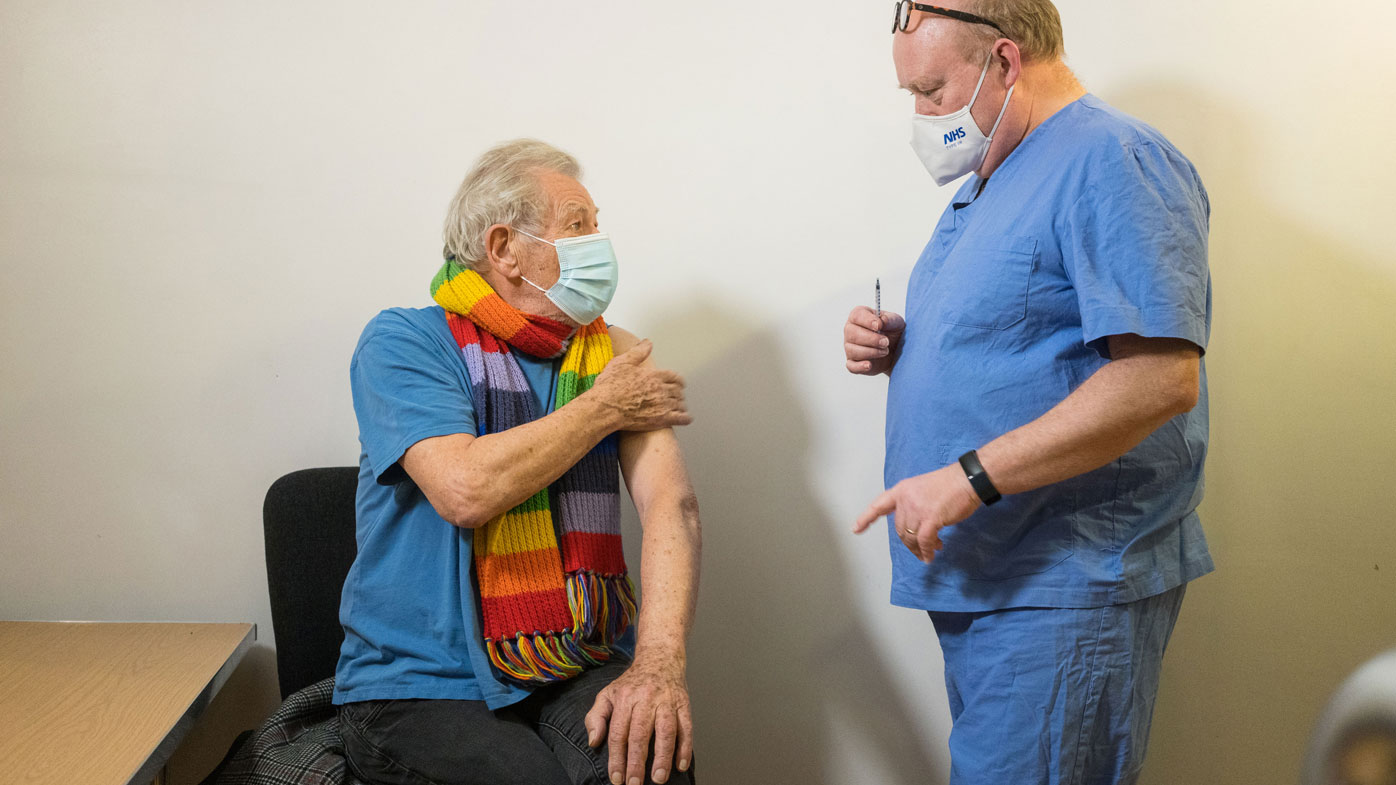 McKellen isn't the only UK personality to have had their first dose of the Pfizer vaccine. Both Prue Leith and Michael Whitehall received the jab on Tuesday.

Leith is a judge on hit show The Great British Bake Off and Whitehall features in Netflix's Travels With My Father alongside son, comedian Jack Whitehall. Both stars are 80.

READ:  Kenya Moore: Marc Daly Is ‘Fighting for’ Our Marriage After Split

"Who wouldn't want immunity from #Covid19 with a painless jab?? #vaccine," Leith tweeted.

"Here was I worrying about a little prick, no, not @jackwhitehall, which was brilliantly organised by @GSTTnhs," Whitehall tweeted. "Thank you to all the kind and wonderful NHS staff who administered my COVID-19 vaccine last night. See you for little prick No 2 in January. #nhs #GSTTnhs"

The vaccine is administered in two doses, and the next round for the stars will be in three weeks time.

The vaccination program is now in its second week across the UK, with NHS England describing it as the "biggest breakthrough since the pandemic began, potentially saving tens of thousands of lives."

- Reported with CNN and Variety.