Sharon Osbourne has clashed with her co-host Sheryl Underwood on The Talk over Piers Morgan’s choice to leave Good Morning Britain.Osbourne jumped to Morgan’s defence after his controversial comments on Meghan Markle. On Wednesday’s episode of the show…

Sharon Osbourne has clashed with her co-host Sheryl Underwood on The Talk over Piers Morgan's choice to leave Good Morning Britain.

Osbourne jumped to Morgan's defence after his controversial comments on Meghan Markle. On Wednesday's episode of the show, she was grilled about her reasoning for supporting the TV host. Watch above. 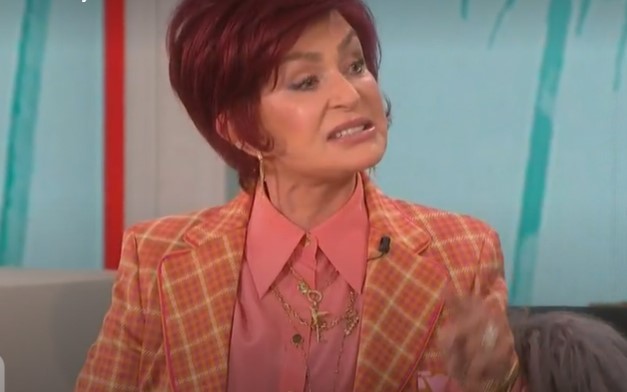 "It is not the exact words of racism," Underwood responded. "It's the implication and the reaction to it to not want to address that because [Markle] is a Black woman and to try to dismiss it or to make it seem less than what it is, that's what makes it racist.

"But right now, I'm talking to a woman who I believe is my friend and I don't want anybody here to watch this and say that we're attacking you for being racist."

While Underwood spoke, Osbourne appeared to tear up and said, "It's too late. The seed is already sown." On Tuesday, Osbourne tweeted, "@piersmorgan I am with you. I stand by you. People forget that you're paid for your opinion and that you're just speaking your truth."

Morgan responded by thanking his longtime friend for remaining "true to herself" and coping harsh criticism online.

READ:  This Fabulously Fuzzy Sweater Looks Like It’s From a Trendy Boutique
https://twitter.com/piersmorgan/status/1369768496289185792?ref_src=twsrc%5Etfw

Morgan then sensationally quit the breakfast program over his criticisms about the Duchess of Sussex's interview. His comments garnered more than 41,000 complaints to UK media regulator Ofcom, prompting them to launch an investigation.

He later told reporters outside his home, "If I have to fall on my sword for expressing an honestly-held opinion about Meghan Markle and that diatribe of bilge that she came out within that interview, so be it."