After being diagnosed with breast cancer in 2015, Shannen Doherty meticulously documented every step of her treatment on Instagram, from shaving her head to the horrors of chemotherapy and eventually her remission in April 2017.The actor, best known fo…

After being diagnosed with breast cancer in 2015, Shannen Doherty meticulously documented every step of her treatment on Instagram, from shaving her head to the horrors of chemotherapy and eventually her remission in April 2017.

The actor, best known for Beverly Hills, 90210, Heathers and Charmed, would post multiple times each week, also peppering her feed with her workouts, dinners with friends and family and — one of Doherty's passions — images of dogs in urgent need of adoption.

"At that time, I think I needed it," she says now about chronicling her treatment. And having been a fixture in the tabloids for decades, Doherty wanted to be in control of the narrative: "I wanted to own my life. It's my life!" 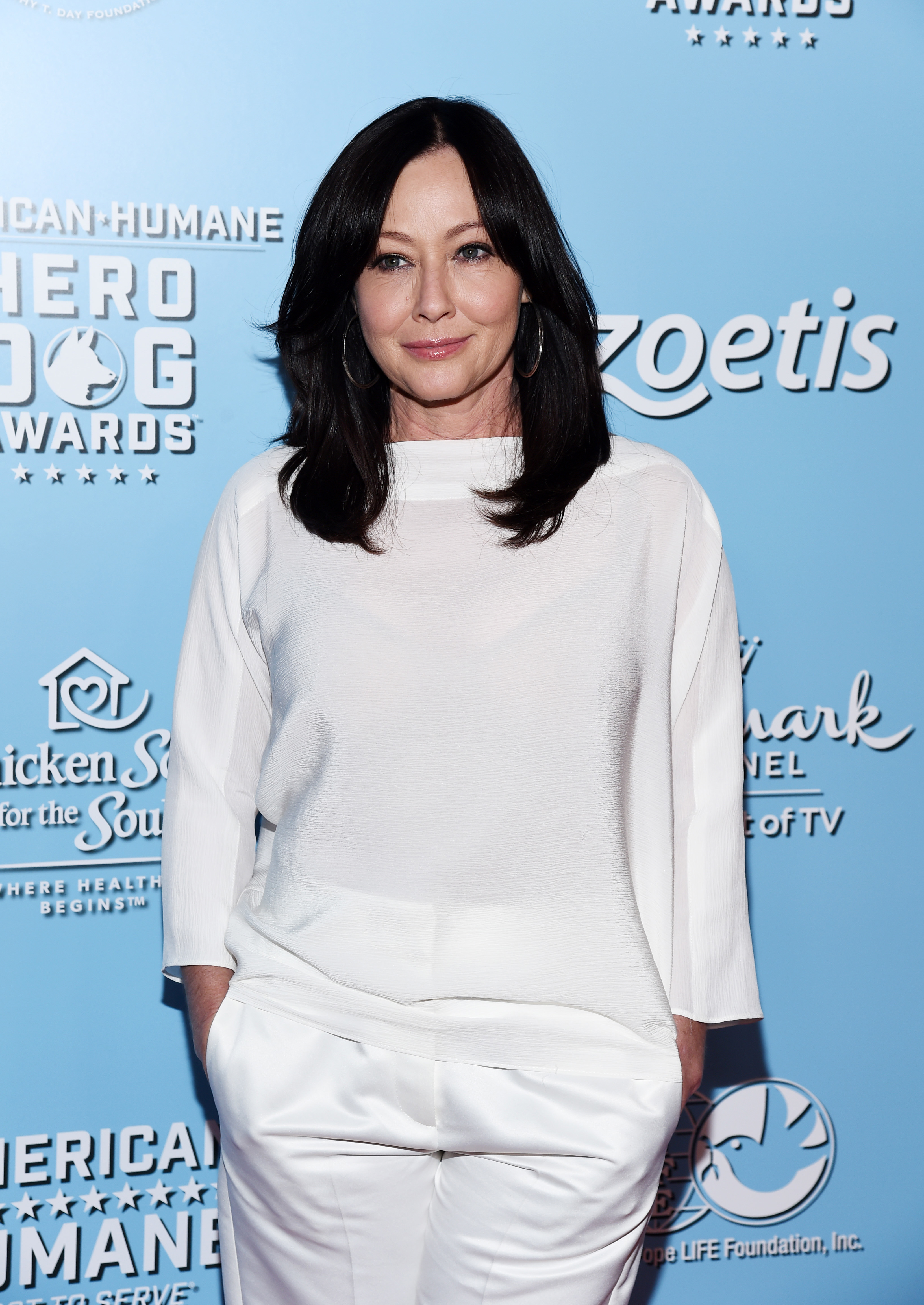 The social engagement carried her through, especially as other people shared their own stories in her Instagram comments.

"It was empowering," she says.

READ MORE: Shannen Doherty says her breast cancer battle is 'part of life at this point'

Doherty's cancer recurred in early winter 2019 and is now metastatic Stage 4 cancer. She can be treated but not cured; she's living with this disease for the rest of her life. And right now, on Instagram, though she still posts once or twice a week, she's very much not detailing what this experience has been like.

"I'm in a hermit phase?" Doherty says with a laugh, using upspeak. "I'm sort of taking all that energy and giving it to myself at the moment." 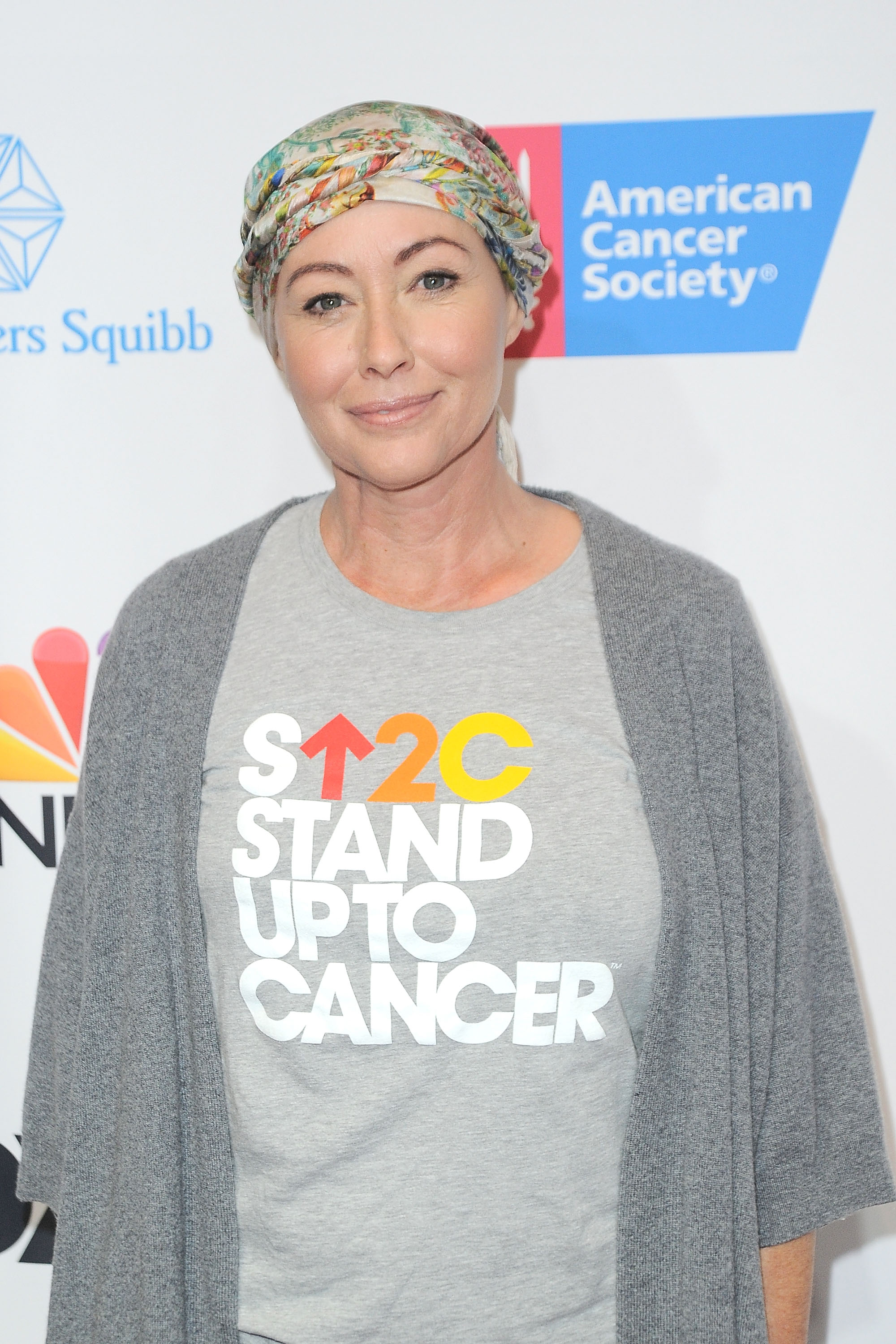 What she's concentrating on is not only working but proving to Hollywood that people with cancer can work.

"The best example that I can continue to set for other people with cancer, and to the outside world who doesn't have cancer," Doherty says, "is to show them what a cancer patient looks like. We are employable.

"So for me, I'm just trying to live the best I can, to be the best example at this moment."

And she's doing just that. Doherty, who turned 50 in April, filmed three movies back to back this year. Two of them will air during the same weekend — on October 9 and 10 — on Lifetime.

The first, Dying to Belong, is a remake of a 1997 TV movie (with Hilary Swank) about the dangers of sorority hazing, and it is archetypal Lifetime: an issues-oriented examination of a tragedy that also manages to entertain. In it, Doherty plays the mother of the girl who's been hazed to death; she won't accept the university's account of the events and turns investigator with the help of her daughter's best friend.

The second movie, List of a Lifetime, is about a woman (Kelly Hu) who's been diagnosed with breast cancer and gets in touch with the adult daughter she'd given up for adoption to tell her she may have the BRCA gene. Doherty plays the young woman's adoptive mother, who at first is less than enthused about the intrusion — but comes around. 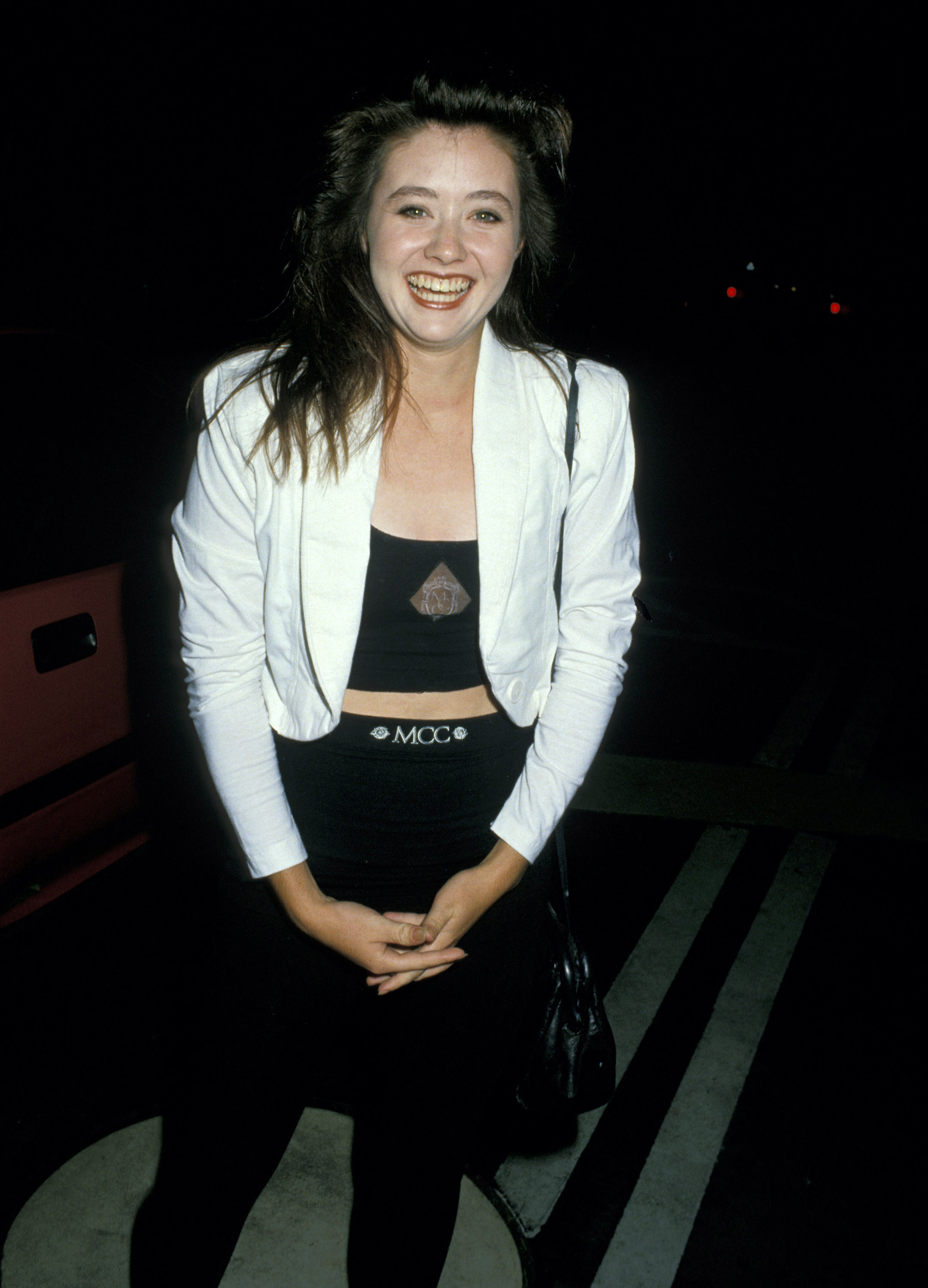 The third project, a Bruce Willis action extravaganza called The Fortress, will be released next year in cinemas.

Since October is Breast Cancer Awareness Month, the creative team behind List of a Lifetime was "tossing names around" with the network about who might direct the special content that would air after the film. Doherty, who has directing experience, including three episodes of Charmed, volunteered. Lifetime agreed, and Doherty's call to action — featuring herself and her co-stars, and shot in an empty warehouse — will accompany the movie.

Doherty loves directing, especially working with actors. "I'm a total nerd when it comes to cameras and lenses and lighting — creating a mood and a tone," she says. "When I direct, I'm probably at my absolute happiest." 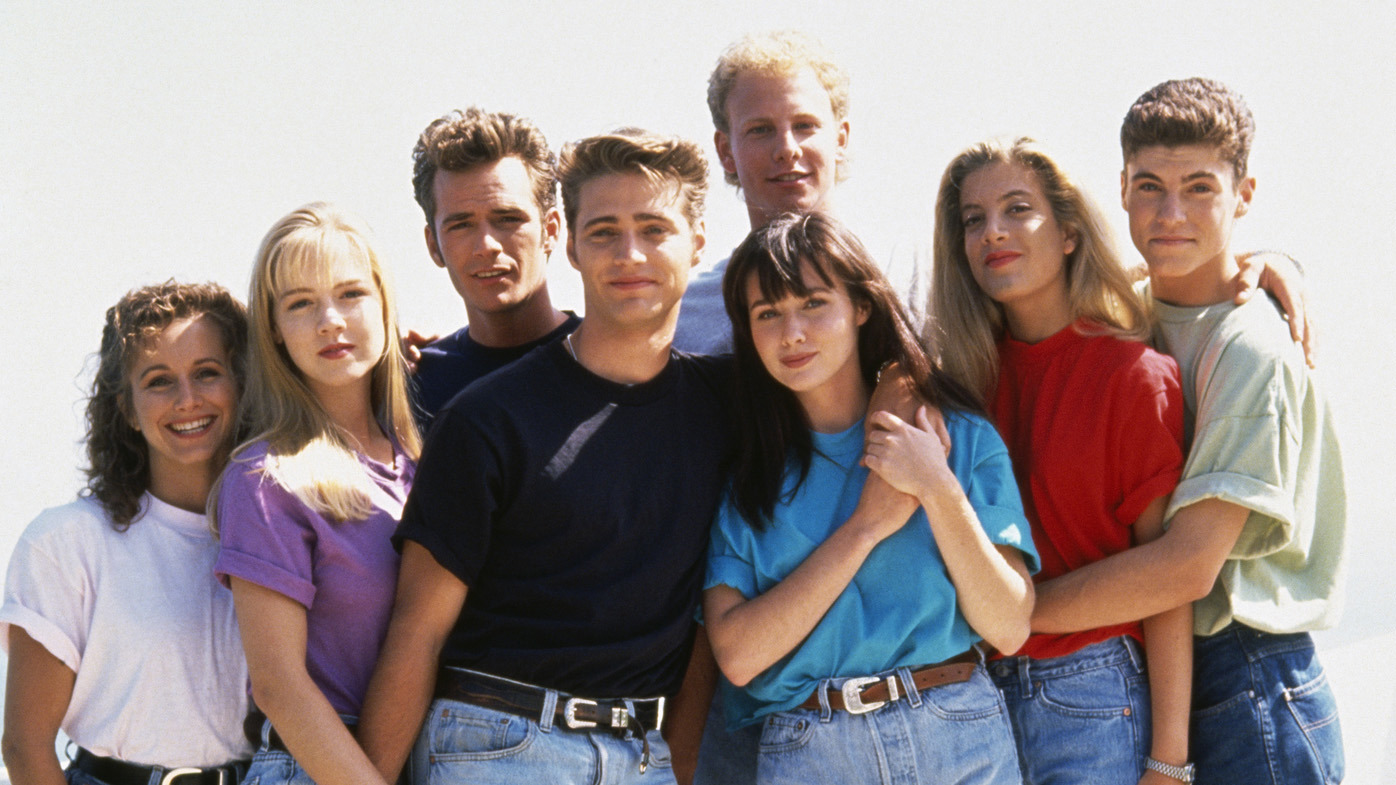 She wants to do more of it, and is currently optioning books she might direct. After spending most of her life in front of the cameras — Doherty's first on-screen credit was in 1981 at age 10, in the NBC drama Father Murphy — she has plenty of people behind her saying they'll help her raise money, and produce whatever she wants to do. She'd like to find the right project: "You have to find your own voice and your own vision, and pursue that."

James Cullen Bressack, who directed Doherty in The Fortress, says she's well-suited for the role.

"I can easily see Shannen being a director," he says. "She sees things that a lot of people don't see, especially when you're having to move quickly on these indie projects." 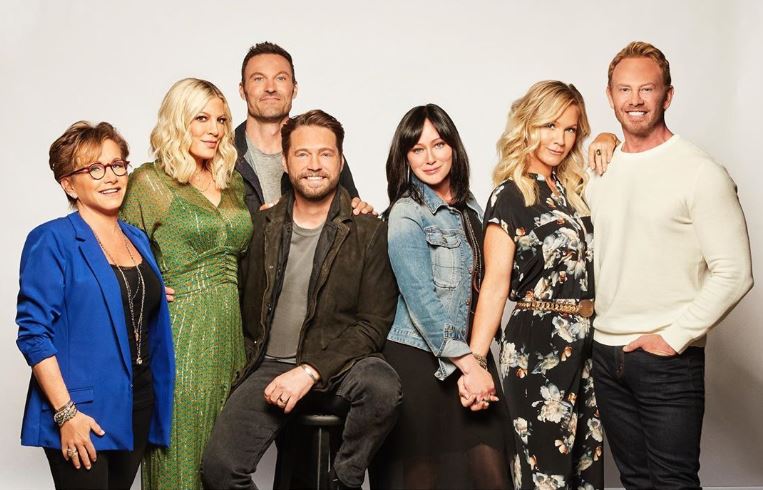 When Bressack first worked with Doherty in 2013, he was "a little nervous meeting her", because of "stories about Shannen being difficult". But, he says "we got along amazingly from the moment we met."

Ah yes, stories about Doherty being difficult. In the early '90s, she developed a reputation as a hellion when Beverly Hills, 90210 became a youthquake phenomenon. Back then, Doherty became a pre-internet template for what we now recognise as misogynist expectations projected onto young female celebrities. The way she was treated by the press — which salivated over her every misstep, especially feuds with her co-stars — would be unacceptable today. 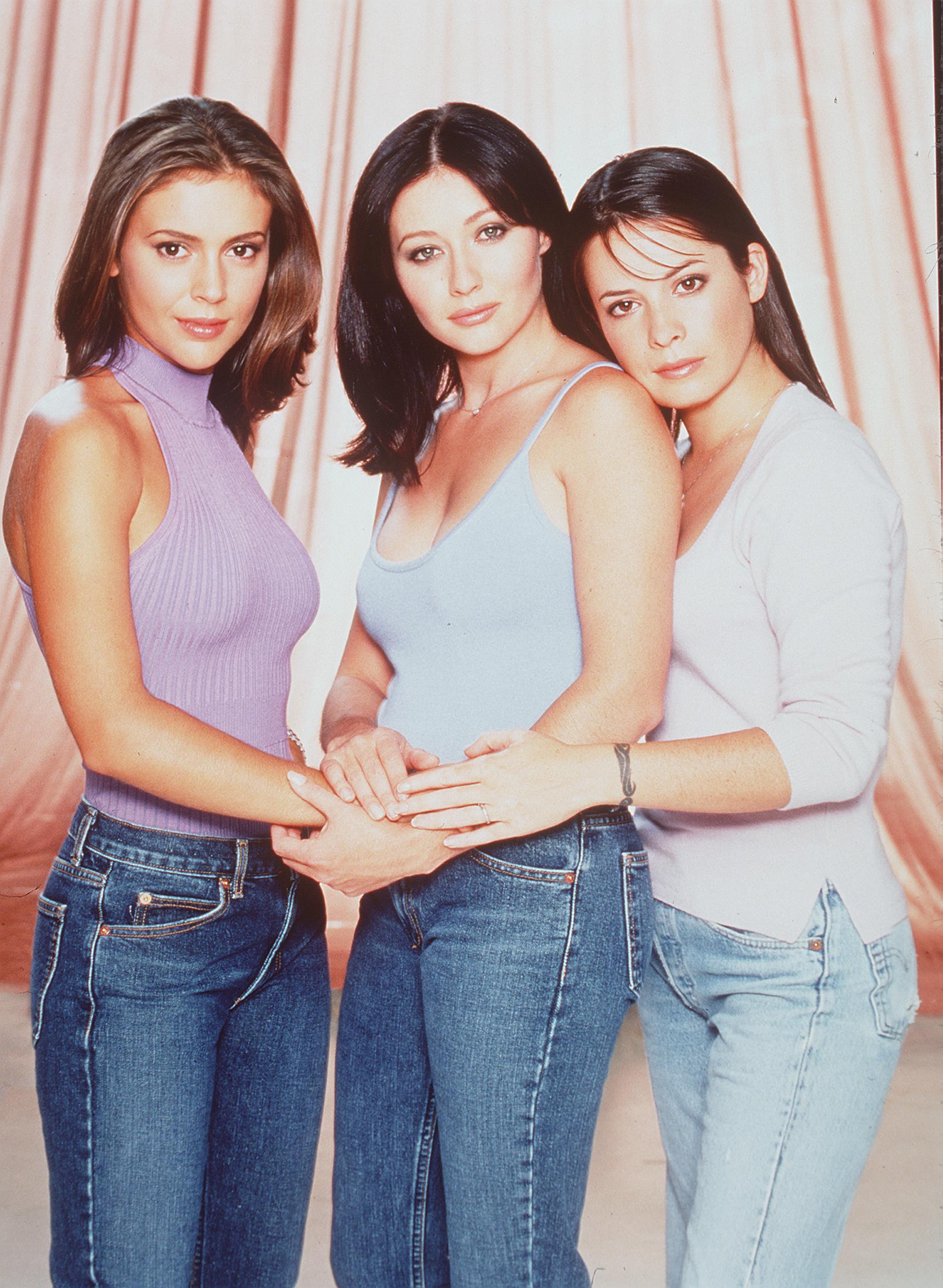 Not that she would have it. In 2019, when there were rumours about her misbehaving on the set of the meta revival BH90210, Doherty took to Instagram to shut the ill-informed gossip down immediately, writing in part, "Please stop trying to tell your wildly inaccurate, exaggerated story of me. I promise... you don't know me."

It worked — there wasn't another peep about it. Asked about that post, Doherty says simply, "It's something I will not allow in my life anymore." And yes, she does wish that a direct line to the public had existed when she was in her 20s.

"Perhaps it would have been a bit harsher of a shutdown," she says. "But I'm very much of the opinion that you can't look back. Only move forward."

That philosophy has brought her to the present moment. When her cancer returned, "I don't think there was ever even a thought that I wouldn't work," Doherty says. After she got through her initial feelings of fear and devastation, she thought about "the things that I love in life" — such as spending time with her husband, mother and friends, and riding horses and playing with her dog. And staying employed: "When you can't imagine not doing them, you just go, 'Well, I'm gonna continue to do all of it!'"

Convincing employers that she's hirable hasn't always been easy, though. "Stage 4 cancer, it doesn't mean the end of your life," she says. "It doesn't mean that you're not viable in the workplace. It's quite the opposite."

With The Fortress, Bressack wasn't sure whether to approach her.

Doherty just wants to work. And having cancer, she says, has also made her a better actor. It's broken down the defences that she'd put up as a young woman. "I obviously had a lot of walls around me," she says.

And now? "I think there's a wisdom and a vulnerability, and a deeper understanding of life now than I ever had."