Thirty years ago, The Silence of the Lambs terrified audiences worldwide — along with its two stars.As directed by Jonathan Demme, the R-rated blockbuster didn’t just rely on blood and guts to haunt viewers’ nightmares. It was a cerebral horror movie, …

Thirty years ago, The Silence of the Lambs terrified audiences worldwide — along with its two stars.

As directed by Jonathan Demme, the R-rated blockbuster didn't just rely on blood and guts to haunt viewers' nightmares. It was a cerebral horror movie, one that exorcised our deepest fears to paint a portrait of unadulterated malevolence.

By now, the story is familiar to most: Based on the best-selling book by Thomas Harris, the movie follows a young FBI agent, Clarice Starling, tasked with getting inside the head of a serial killer, Dr. Hannibal Lecter, to catch another vicious murderer. 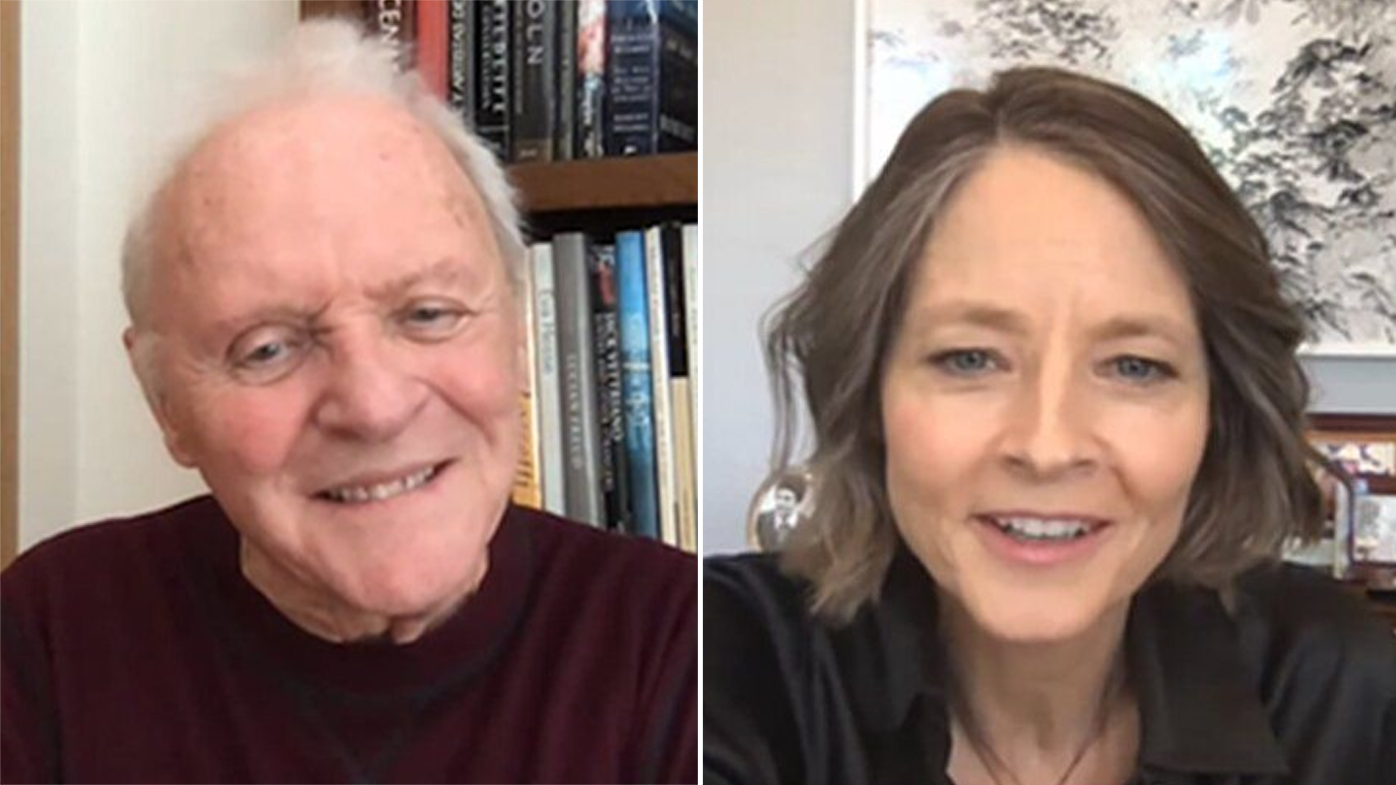 Jodie Foster and Anthony Hopkins, the actors who played the lead roles, first met at a table read in London just prior to shooting. As Foster recalls, they managed to spook themselves: "We didn't speak too much before the actual read-through," she says. "And as you launched into Hannibal Lecter, I felt a chill come over the room. In a way, it was like we were almost too scared to talk to each other after that."

On a recent afternoon, Hopkins and Foster reunited over a video chat for Variety's Actors on Actors series on stands January 20. They started by talking about their latest projects — The Father for Hopkins; The Mauritanian for Foster (both performances could earn them an invitation back to the Oscars) — and they eventually moved on to reminiscing about their most famous movie.

The Silence of the Lambs, which opened in theatres on February 14, 1991, became an immediate hit for Hollywood. The film grossed more than US$270 million (approx. $350 million) worldwide, an astonishing amount of money at the time for an R-rated feature.

At the 1992 Oscars, The Silence of the Lambs swept the five biggest awards — a feat that had only previously been achieved by It Happened One Night (1934) and One Flew Over the Cuckoo's Nest (1975) — including Best Picture, Best Actor for Hopkins and Best Actress for Foster (her second Academy Award for acting after 1989's The Accused).

And Clarice and Lecter became cultural touchstones, two frequently mimicked characters (though never matched), as prototype for what it took to lift the genre of the psychological thriller into art. 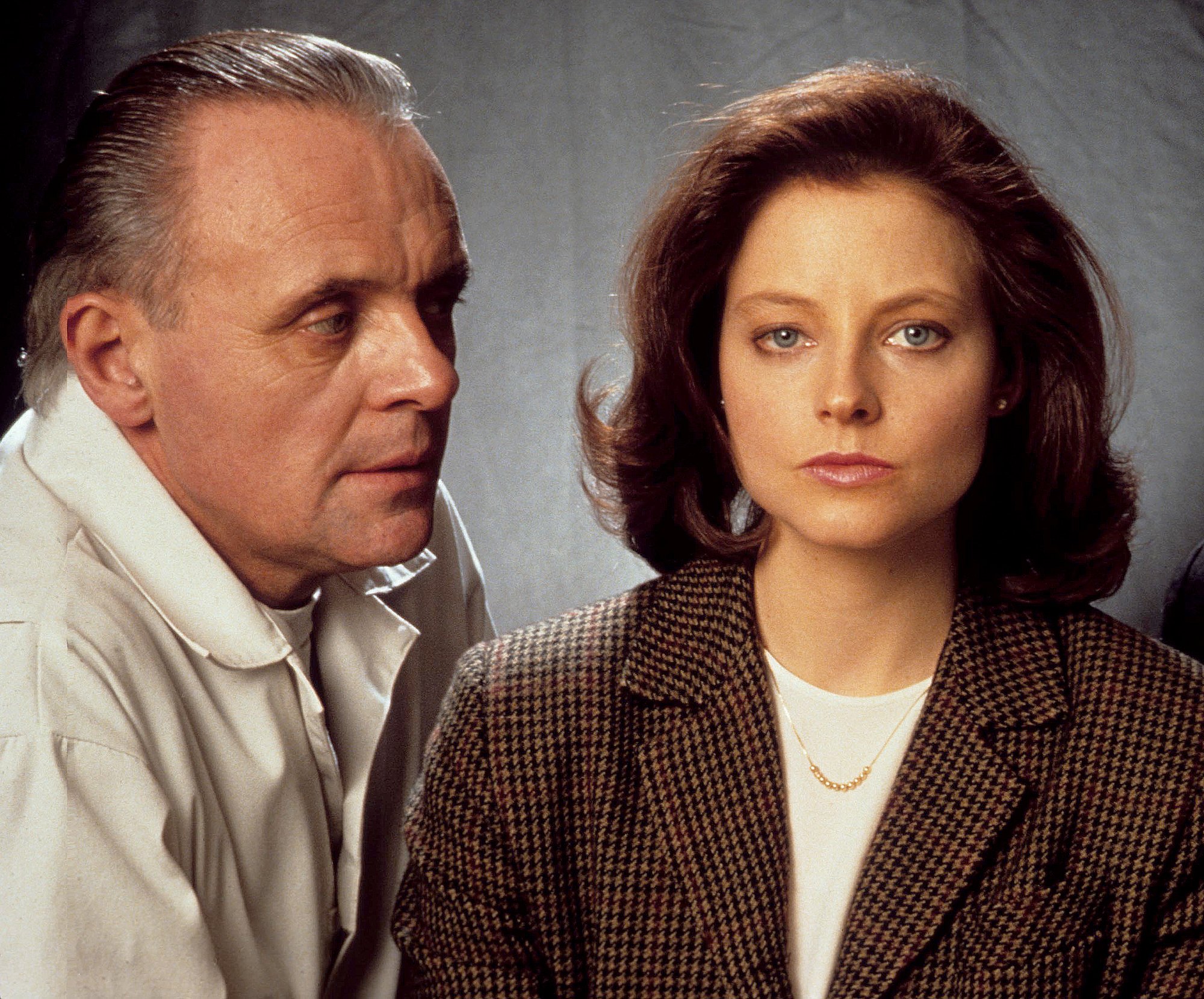 From our conversation, here's what we learned about Silence of the Lambs.

"Is it a children's story?"

When Hopkins first received the screenplay for The Silence of the Lambs, he initially thought it was for a film for kids. "I was in London in 1989, doing a play called 'M. Butterfly,'" Hopkins recalls. "My agent sent the script."

After 10 pages, he called his agent back, asking if it was a real offer because — as he declared at the time: "This is the best script I've ever read."

Eventually, Hopkins finished the script and had dinner with Demme to discuss the role.

"I couldn't believe my luck, and I was scared to speak to you," Hopkins tells Foster. "I thought, 'She just won an Oscar.'" 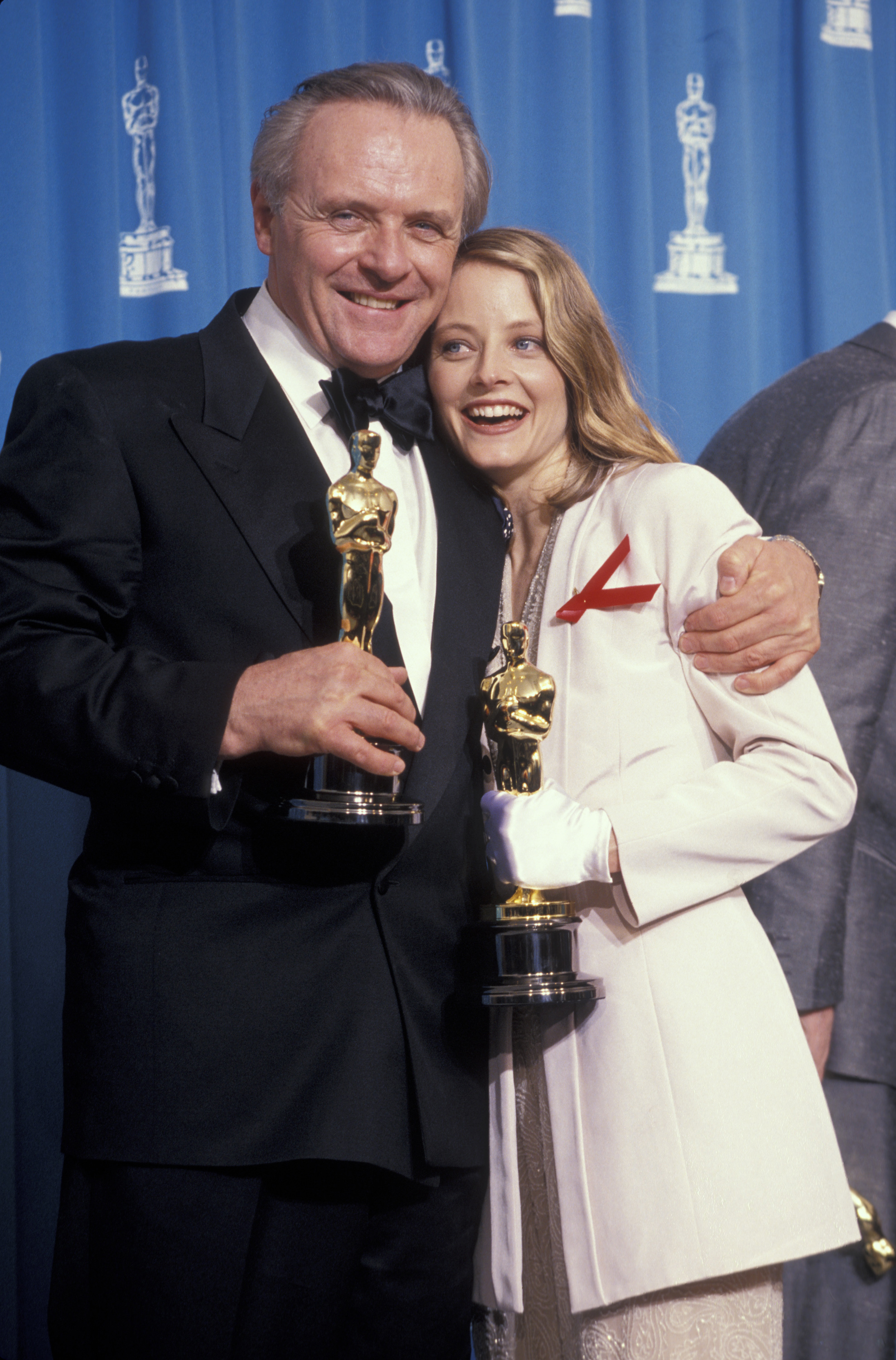 Where did Hannibal's voice come from?

"I knew what the character looked like," Hopkins says, who asked the wardrobe team to give him a fitted prison suit — not just a drab orange jumpsuit. "The voice had come to on the first reading."

Foster recalled how Hopkins sounded. "I remember that specific voice you had, the metallic tinge to your voice." And he got a vocal upgrade thanks to a member of the sound team. "Chris Newman was sound mixer, and he also enhanced that," Foster says. "He was able to bring that up a little bit."

Similarly, Foster found her way to Clarice through her diction

In Foster's interpretation of Clarice, she spoke slowly and with trepidation. For example, she didn't use contractions in her syntax, because Clarice tried to present herself as better educated than she was. "For me, with Clarice, it was also about her voice, mostly because she was somebody that had been scarred by the bleeding of the lambs, the sound and how there was nothing she could do to help them," Foster says. "My mom said to me, 'Why do you want to play this character who's kind of quiet and mousy?'"

The scene that helped the most in placing Clarice as a character happens early in the film. Clarice enters an elevator, where she's surrounded by other male FBI agents who tower over her.

"She had this quietness," Foster says. "There was almost a shame that she wasn't bigger, that she wasn't stronger, this person trying to overcome the failure of the body they were born in. I understood that was her strength. In some ways, she was just like the victims — another girl in another town. The fact that she could relate to those victims made her the hero." 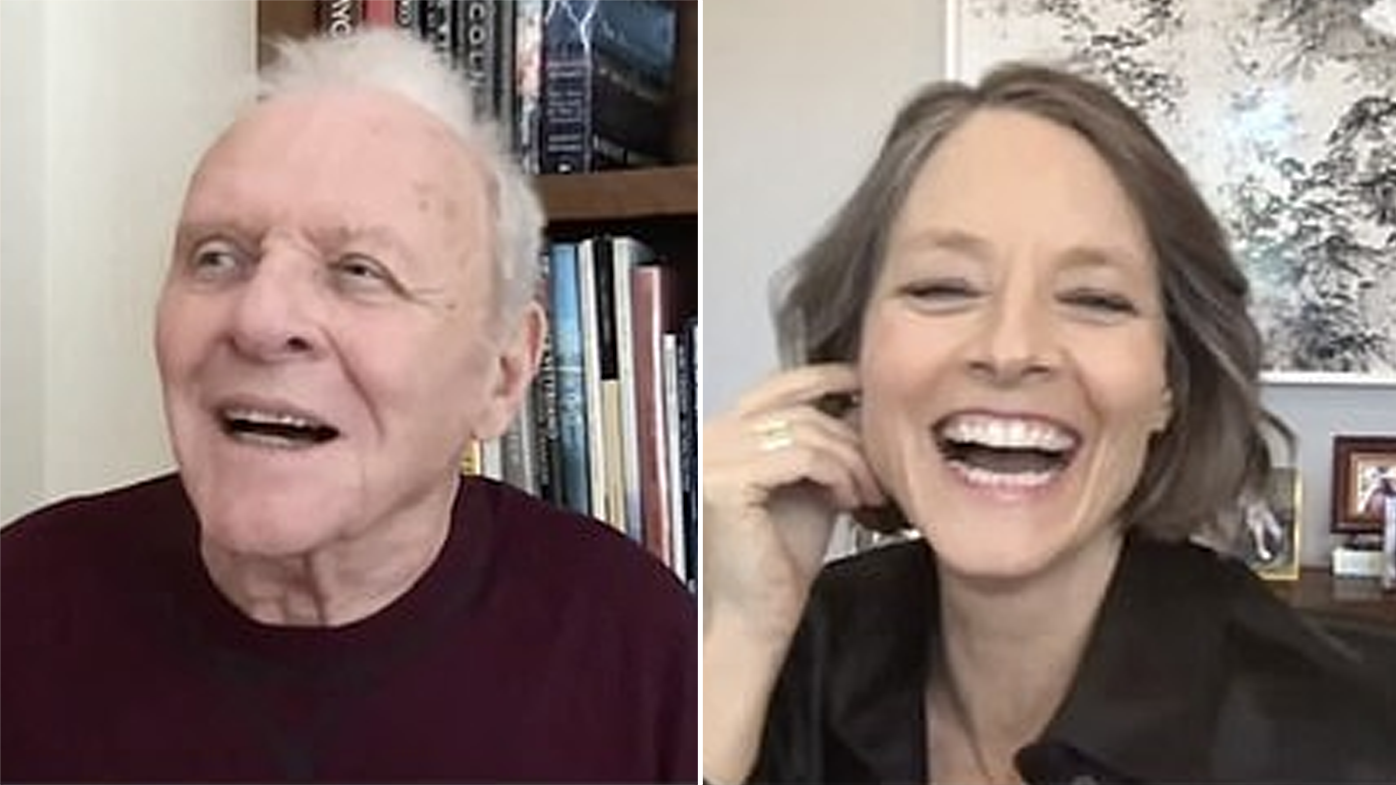 Hopkins stayed in character between takes

The Silence of the Lambs shot in Philadelphia. Although Hopkins and Foster's prison-cell conversations are among the most iconic in the film, they don't actually share much screen time. Foster began filming first, shooting some of the early montages in the film with her FBI colleagues. When Hopkins arrived, Demme showed him some of the dailies, including the scene of Foster in the elevator, so he could get a sense of her performance.

As he was discovering Lecter, Hopkins snapped at one of the members of the crew: "What are you doing in my cell?" Demme was thrilled. "Oh my god," the director told him. "You're so weird."

Demme asked Hopkins about blocking Lecter's first meeting with Clarice in his jail cell. "I said, 'I'd like to be standing there. I can smell her coming down the corridor,'" which once again prompted Demme to remark on Hopkins' weirdness. Hopkins, of course, took it as a compliment.

It's a life-changing adventure, that movie, for both of us.

Hannibal's cell was scary as it looked

"It was such an eerie set," Foster says. "All the different inmates, all very dark and moody, and then we come to Lecter's: It's kind of bright and fluorescent lighting and two-dimensional."

The man — and the machine — who inspired Lecter

Hopkins cites two inspirations for creating the character of Hannibal Lecter. First, he borrowed from HAL 9000, the A.I. antagonist from 2001: A Space Odyssey. "He's like a machine," Hopkins says of Lecter. "He just comes in like a silent shark."

He also drew from Christopher Fettes, a withering teacher who taught Hopkins at the Royal Academy of Dramatic Art. "He had a cutting voice, and he would slice you to pieces," Hopkins says. "His analysis of what you were doing was so precise; it's a method that stayed with me for all my life." 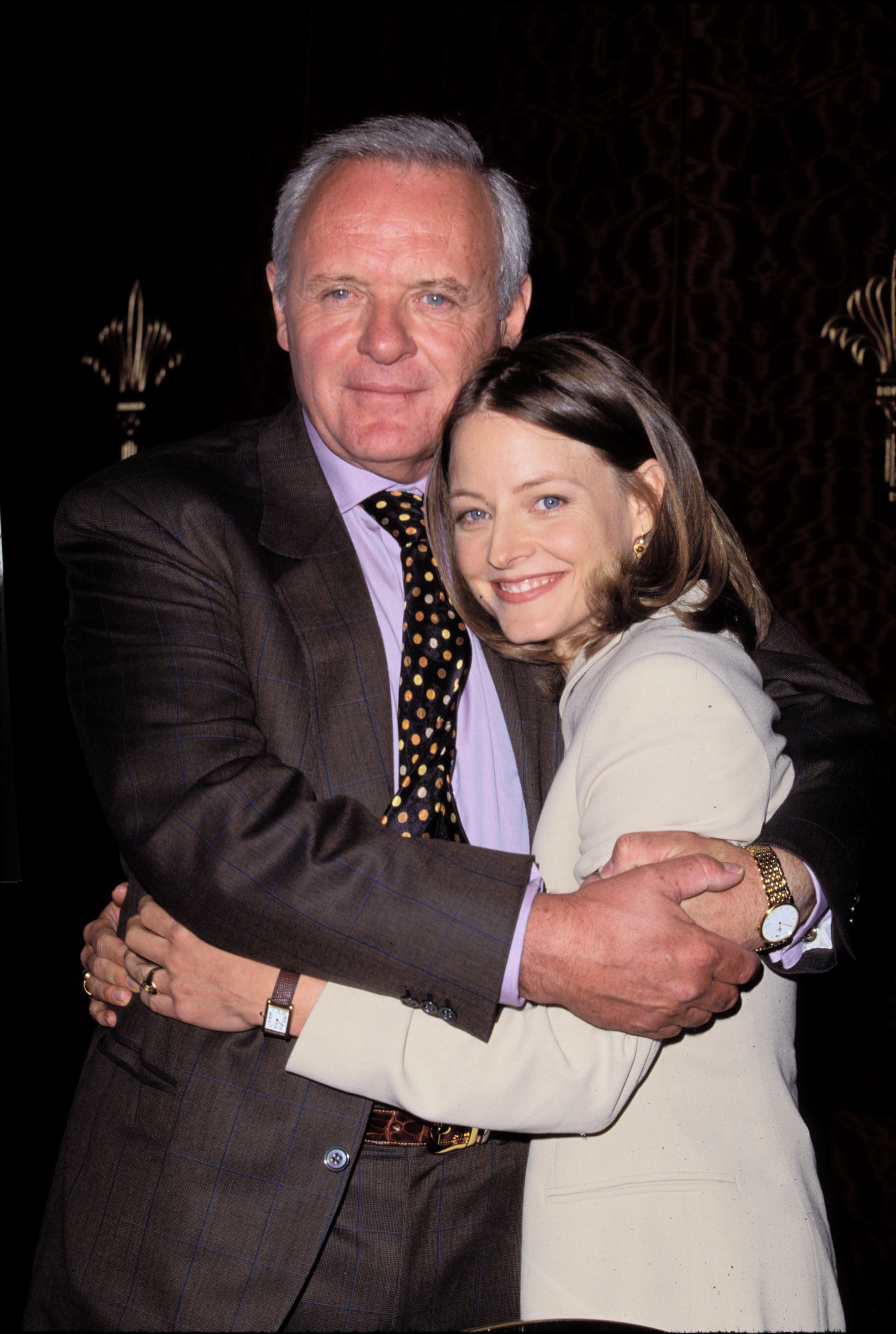 "It's a life-changing adventure, that movie, for both of us," Foster says.

She asks Hopkins if fans still recite the movie's line to him: "I'm sure you still get people who come up to you and say, 'Would you like a nice Chianti?'"

For more from the Actors on Actors interview with Hopkins and Foster, click here.