“This is overall just starting a war that’s not there.”
It’s not a book burning, Dr. Seuss has not been canceled, and everyone just needs to calm the hell down, says Selma Blair.
The actress and mom was out and about on L… 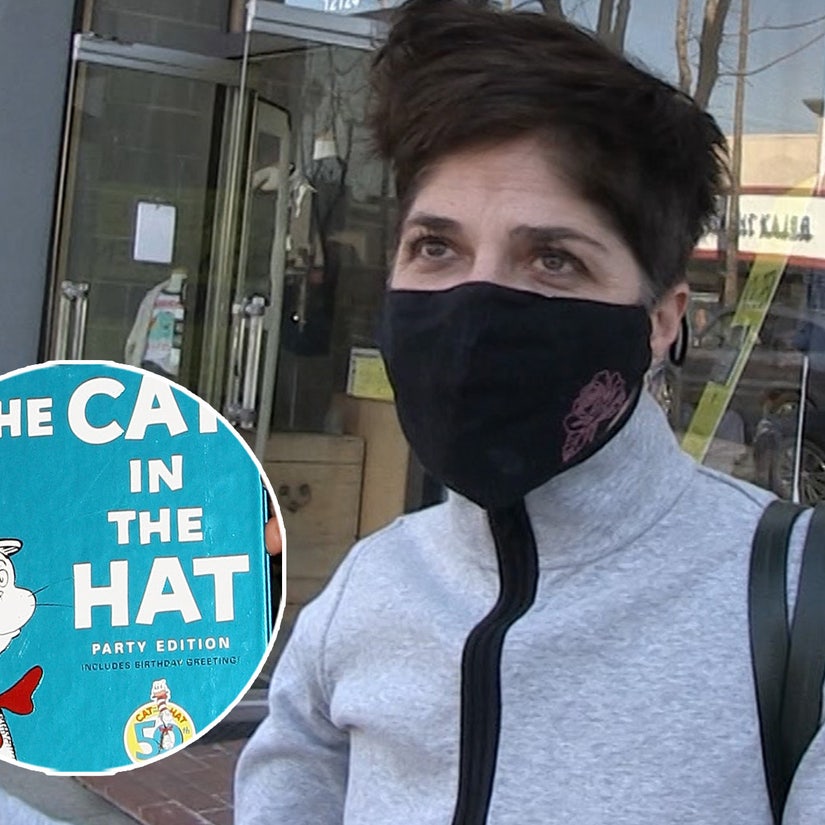 "This is overall just starting a war that's not there."

It's not a book burning, Dr. Seuss has not been canceled, and everyone just needs to calm the hell down, says Selma Blair.

The actress and mom was out and about on LA's Ventura Blvd on Thursday when she stopped to chat about the furor over the six children's books that have been discontinued by their publisher — which she described as "a war that's not there".

"I have a friend I love so much and she got so bereft the other day and said, 'You know, this is the Democrats. This is what they're doing'," she recalled.

"And I said, 'Wait but… how is this the President's fault?'" to which her friend admitted "'Well, he didn't announce it...'"

"I think this is overall just starting a war that's not there," Selma concluded.

She believes the publishers were correct and perfectly entitled to make the adjustments, and that the offending stories did have parts that raised eyebrows.

"I think his own family, from what I understood, and the publishers decided that times changed," she said.

"And I don't think it is cancel culture. I mean, everyone's going to look for flaws in everybody else, but I don't believe this is a political thing. It's just as we grow and evolve."

The "Cruel Intentions" star has read the books to her now-ten-year-old son, and would again; she said a simple conversation with your children, explaining the context, and asking them how they feel about it, is a direct way of dealing with it.

READ:  Machine Gun Kelly Says He’s Been in a ‘F—ked Up Place’ for Months

"My son can read whatever he wants. And just things can be prefixed with, 'it's a different time.'"

The 48-year-old, who revealed in 2018 she was diagnosed with multiple sclerosis, drew parallels with the fact that modern movie sets are not necessarily adequately accessible for people with disabilities, nor is representation in film where it could be; but this is not a reason to rush to cancel Hollywood.

"The things I use wouldn't even go in a make-up trailer; and then you're doing your make-up next to people getting a salami," she joked.

"There's ways of raising awareness and getting things handled — and that's it," she insisted.

"I don't think it's the greatest loss," she concluded of the publisher's decision. "There's still children's reading in tons."

"Yeah I don't like book banning, but choosing not to re-enforce something… yeah, I think that's right."

Last week, Dr. Seuss Enterprise announced, on the beloved author's birthday, that it would no longer publish six titles — "If I Ran the Zoo", "McElligot’s Pool", "On Beyond Zebra!",  "Scrambled Eggs Super!" and "The Cat's Quizzer", as well as his first ever rhyming book "And to Think That I Saw It on Mulberry Street" — over illustrations and descriptions deemed racist.

"These books portray people in ways that are hurtful and wrong," it said in a statement.