Selena Gomez has apparently been a Britney Spears stan since a young age — at least, that’s according to her Instagram page.Earlier today, the 28-year-old songstress and Rare Beauty mogul shared a sassy throwback video of herself singing Spears’ 2000 h…

Selena Gomez has apparently been a Britney Spears stan since a young age — at least, that's according to her Instagram page.

"the hustle was real," the 'Lose You to Love Me' hit-maker captioned her post. 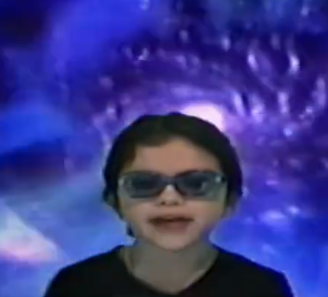 The video shows a young Gomez full of attitude, rocking blue sunglasses — that take up half her little face — which she's not afraid to use as a prop as she convincingly tells her future audience to 'get off [her] back'. Watch above.

Gomez's fans and stars alike delighted in the post, with her best friend, model Connar Franklin, writing, "i am dying... why are u the exact same?"

Gomez's homage to her pop roots is particularly poignant after her recent admission to Vogue that she is thinking of taking a step back from music.

"It's hard to keep doing music when people don't necessarily take you seriously. I've had moments where I've been like, 'What's the point? Why do I keep doing this?'" the 'Come & Get It' singer said in the April edition, of which she was the cover star.

"'Lose You to Love Me' I felt was the best song I've ever released, and for some people, it still wasn't enough," she said, referring to the criticism she has been receiving due to her vocal strength and capability.

READ:  The Grammys Snubbed Women For Best R&B Album, and It's Frankly Bullsh*t "I think there are a lot of people who enjoy my music, and for that, I'm so thankful, for that I keep going, but I think the next time I do an album it'll be different. I want to give it one last try before I maybe retire music."

She released her first album Kiss & Tell in 2009 with her band Selena Gomez & the Scene.