“This is really disrespectful to our religion.”
Rihanna has come under fire for wearing a Hindu pendant.
On Monday, the singer shared a photo of herself on social media in which she posed topless, covering her chest with … 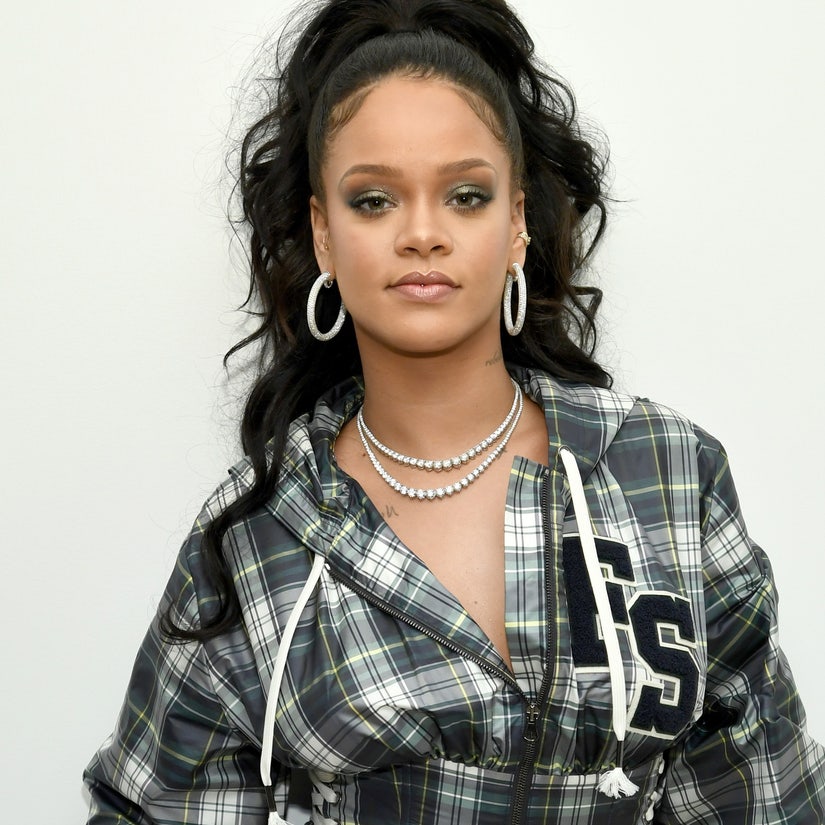 "This is really disrespectful to our religion."

Rihanna has come under fire for wearing a Hindu pendant.

On Monday, the singer shared a photo of herself on social media in which she posed topless, covering her chest with her arm. In the shot, Rihanna wore a pair of lavender Savage X Fenty boxer shorts along with matching purple jewelry -- one piece being a necklace that featured the Hindu god, Ganesha, which didn't sit well with some fans.

Many users slammed Rihanna on social media and accused her of cultural appropriation, calling the photo "insulting, "disrespectful" and "super offensive."

"When @popcaanmusic said 'me nuh wan ya wear no lingerie tonight fa me girl' @savagexfenty,'" Rihanna captioned the pic, above.

"Rihanna !! stop using my religion as an aesthetic !! that ganesh figurine at the end of the chain :( is a holy and sacred figure for us hindus," a user wrote.

"This is insulting," a person said, while another added, "This is really disrespectful to our religion."

Another user tweeted, "Super offensive wearing Ganesha like that. My first god, a holy sentiment to millions of people celebrating Ganesh Chaturthi every year. Sorry RiRi, you disappointed me and others."

TooFab has contacted reps for Rihanna.

This is the second time Rihanna has sparked controversy this month. Rihanna made headlines after she showed her support for farmers who were protesting new agriculture laws in India. The Fenty Beauty founder tweeted a link to a CNN report about how internet access was cut off around New Delhi after protesting farmers clashed with police.

"Why aren't we talking about this?! #FarmersProtests," Rihanna wrote alongside the link.

The singer's tweet angered India's government, which issued a statement: "The temptation of sensationalist social media hashtags and comments, especially when resorted to by celebrities and others, is neither accurate nor responsible."

Meanwhile, Rihanna has been accused of cultural appropriation in the past. Back in October, the "Pon De Replay" singer was criticized for using a song featuring Islamic verses in her Savage X Fenty fashion show. The models danced to a track that included a Hadith, a collection of written accounts of the sayings of the Prophet Muhammad. Rihanna later issued an apology to the Muslim community.