Regina Lee Hall, who was born on December 12, 1970, in Washington, D.C., was raised by her father Odie Hall, a contractor and electrician, and mother Ruby Hall, a schoolteacher. After graduating from Immaculata College High School in D.C., Hall enrolled at Fordham University in the Bronx to study English. She graduated with her bachelor’s degree in 1992 and subsequently went on to pursue a master’s degree in journalism at New York University. At the time, Hall envisioned a future for herself as a writer or journalist, but things took a turn when her father died of a stroke during her first semester of graduate school. While Hall went on to graduate with her master’s degree in 1997, the death of her father forced her to reconsider her life path. It was at that moment that Hall decided to pursue a career in the entertainment industry.

Since then, Hall has appeared in countless television and film projects. She first came to notoriety for the comedic horror Scary Movie film series from 2000 to 2006, where she starred in the role of Brenda Meeks. Since then, Hall has appeared in the 2001 television series Ally McBeal, 2016’s Grandfathered, and Black Monday, which ran from 2019 to 2021. Hall is also well known for her film appearances in movies like 1999’s The Best Man and its 2013 sequel, The Best Man Holiday, 2015’s Vacation, 2017’s Girls Trip and 2018’s The Hate U Give. Also in 2018, Hall became the first Black star to win the New York Film Critics Circle Award for Best Actress for her performance in Support the Girls.

But that’s not the end for Hall. In 2022 alone, the actress returned to her horror roots in Master, a stunning Amazon Prime Video original, along with appearing as a host for the 2022 Oscars. For everything we know about how much she’s made from these opportunities—including, of course, Regina Hall’s net worth details overall—just keep on reading below.

READ:  Why Lionel Richie Was 'Scared to Absolute Death' Writing We Are the World in Michael Jackson's Room

How much did Regina Hall make from the Scary Movie franchise? 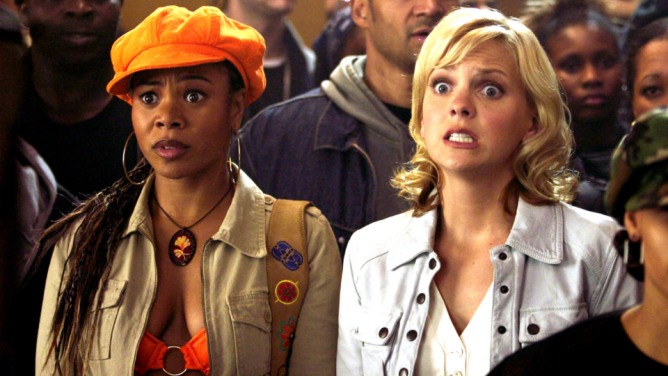 Of all of her roles throughout the years, Hall is perhaps best known for her breakout performance as the sex-crazed Brenda Meeks in the Scary Movie franchise. Hall originated the role in the comedy-horror series in 2000 with Scary Movie, and she went on to reprise her role as the character in 2001’s Scary Movie 2, 2003’s Scary Movie 3 and 2006’s Scary Movie 4. The first film alone grossed a whopping $278 million despite its modest $19 million budget. Collectively, the Scary Movie franchise raked in nearly $820 million at the box office. While it’s unclear exactly how much Hall made during her time as Brenda Meeks, the impressive box office revenue earned throughout the years suggests that Hall must have walked away with a pretty penny following her time in the franchise.

In an interview with BET in 2021, Hall reflected on the fan-favorite role of Brenda Meeks: “It’s really amazing for someone to even think about your character 20 years later. I look and go, ‘Oh, my God, look how young I was,” Hall said at the time in reference to the continued fandom around her character. “Twenty years later, for people to still have such a connection to Brenda… I loved Brenda and I’m so happy I got to be able to play her. It’s funny to me because you don’t know what’s going to happen when you do a role—two decades later, for Brenda to, honestly, find a new audience. There’s just a whole new young audience that got to discover her so it’s fun for me.”

What did Regina Hall get paid to host the Oscars in 2022? 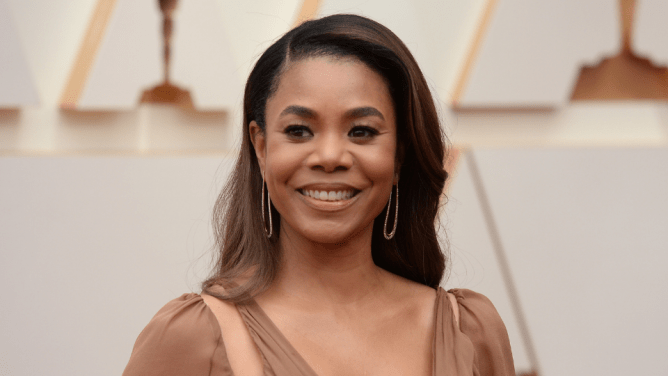 “I was really excited about [hosting], but then I realized that out of all the jobs that I have, this one is actually gonna cost me money,” Sykes told Kimmel, who responded, “It is going to cost you money—will you say how much you get paid for this?” Sykes joked that she made the minimum SAG-AFTRA union members could get paid. “I don’t even know, it’s, like, scale probably,” she responded, to which Kimmel noted that he was paid “less than” scale when he hosted the Oscars. “It’s less than that,” he said. “I got paid $15,000 to host the Oscars. And there’s one of me! You guys will probably have to split that,” he said. Kimmel then told Sykes to renegotiate her deal. “You’re getting robbed, you know what? Hold out right now because they need hosts, you know?” he said, to which Sykes joked that her plan to make her money back was to “steal an Oscar.”

According to a 2013 report in The Hollywood Reporter, the average Oscars host salary is between $15,000 to $25,000. The magazine also reported that Seth McFarlane made more than $15,000 SAG-AFTRA minimum when he hosted the Oscars in 2013. In an interview with The Hollywood Reporter at the time, Alec Baldwin, who hosted the Oscars with Steve Martin in 2009, hinted that his pay was low and on par with other Oscars hosts. “They don’t pay you any money; the Oscars pay you like chicken feed,”he said. “It’s all about the honor of helping to extol film achievement.”

What is Regina Hall’s net worth?

So, what is Regina Hall’s net worth in 2022? According to Celebrity Net Worth, Regina Hall is worth $6 million as of 2022. In addition to her earnings from the Scary Movie franchise, Hall’s impressive net worth was amassed thanks to a series of box office hits including 1999’s The Best Man, 2017’s Girls Trip and Steve Harvey’s Think Like a Man series, a romantic comedy franchise based on his book, Act Like a Lady, Think Like a Man, where Hall plays single mom Candace Hall. Hall signed on for the first film in 2012, and reprised her role as Candace in The Best Man Holiday in 2013. The following year, she played Candace once again in the sequel, Think Like a Man Too.