Rebel Wilson was as cheeky in high-school as she is now.The 42-year-old sat down on the Today Show in the United States to promote her upcoming comedy film, Senior Year, where Netflix viewers will see her play a cheer captain who suffers a head injury …

Rebel Wilson was as cheeky in high-school as she is now.

The 42-year-old sat down on the Today Show in the United States to promote her upcoming comedy film, Senior Year, where Netflix viewers will see her play a cheer captain who suffers a head injury before her senior prom, which puts her in a coma for two decades.

"I was very studious," Wilson recalled of her school years to Hoda Kotb and Savannah Guthrie. "But also I liked to do a lot of pranks at school."

One such prank was when she would break into the staff room and "steal [the teachers'] cookies."

"One time I literally got busted with my hand in there, in the cookie jar," Wilson told the anchors. Watch above.

"I was like, 'Oh!'" she continued, miming her expression when she was caught out – her hand with the cookie was half-way through her mouth and she had wide eyes, looking guilty.

READ MORE: Jennifer Grey recalls Patrick Swayze tearfully apologising for his behaviour in movie they starred in before Dirty Dancing 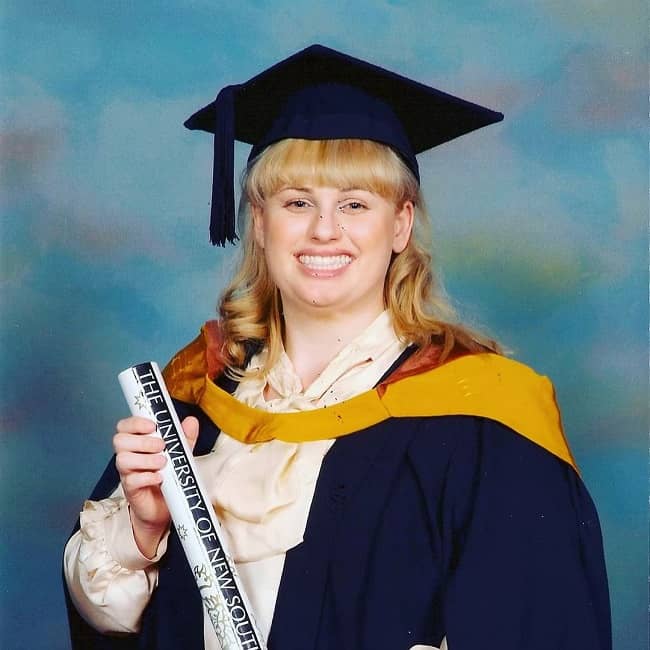 Wilson also one time locked her teacher in a cupboard, and once was threatened with expulsion for 'smoking.'

"I once pretended I was smoking because that was like the worst thing you could do at my school, and I pretended, and then the teachers got really mad, and were like, 'We're gonna expel you!'" Wilson recalled with a smile.

"And I'm like, 'You can't, because it's a fake cigarette, haha,' and then all the other girls laughed."

"I wasn't that popular with the teachers, but I was popular among all the girls," Wilson said. "It was really fun."

Wilson, however, was not lying when she said she was simultaneously studious and a bit of a prankster – she went on to study law at the University of New South Wales.

She says it was after contracting malaria on a gap year in Africa between high-school and university that she "hallucinated" she was a "really good" actress, and that's what spurred her change in career.

"I came back to Australia and was like, 'Guys, I'll go to law school as well, but I think I've got to pursue acting,'" she recalled.