Reality star Braunwyn Windham-Burke may have recently come out as a lesbian and started dating a woman, but she has no plans to divorce her husband of 20 years, Sean Burke.The Real Housewives of Orange County star confirmed this with a fan during an ex…

Reality star Braunwyn Windham-Burke may have recently come out as a lesbian and started dating a woman, but she has no plans to divorce her husband of 20 years, Sean Burke.

The Real Housewives of Orange County star confirmed this with a fan during an exchange on an Instagram fan page yesterday.

When the curious fan asked Braunwyn if she was "staying married" or "moving forward", the 42-year-old replied that they would remain together, albeit in an open relationship.

"We are trying to do both," she explained. "He's my best friend and family. We know it might be impossible, but we're going to try and make this 'open' marriage work."

The couple were married in 2000 and have since welcomed seven children together: Bella, 20, Rowan, 18, Jacob, 15, twins Caden and Curran, seven, Koa, four, and Hazel, two. However, through their marriage, Braunwyn said she has always been attracted to women.

"I always have been," she admitted when coming out during an interview with GLAAD last week. "I got married very young and I never thought about it. So to be 42 … I'm just now starting to feel like I'm becoming the woman I was supposed to be. So for me to be living completely authentically and say, 'I'm a lesbian. That was who I have always been.'

"This isn't something that is new … No, I've always known it. But it took me personally 42 years to be comfortable enough in my own skin to say that."

One day after revealing she was a lesbian and that husband Sean was fine with it, Braunwyn shared a photo of her new girlfriend, Kris.

The reality star introduced the world to her new partner with a cosy Instagram photo of the couple, along with a rainbow flag and pink heart emoji. 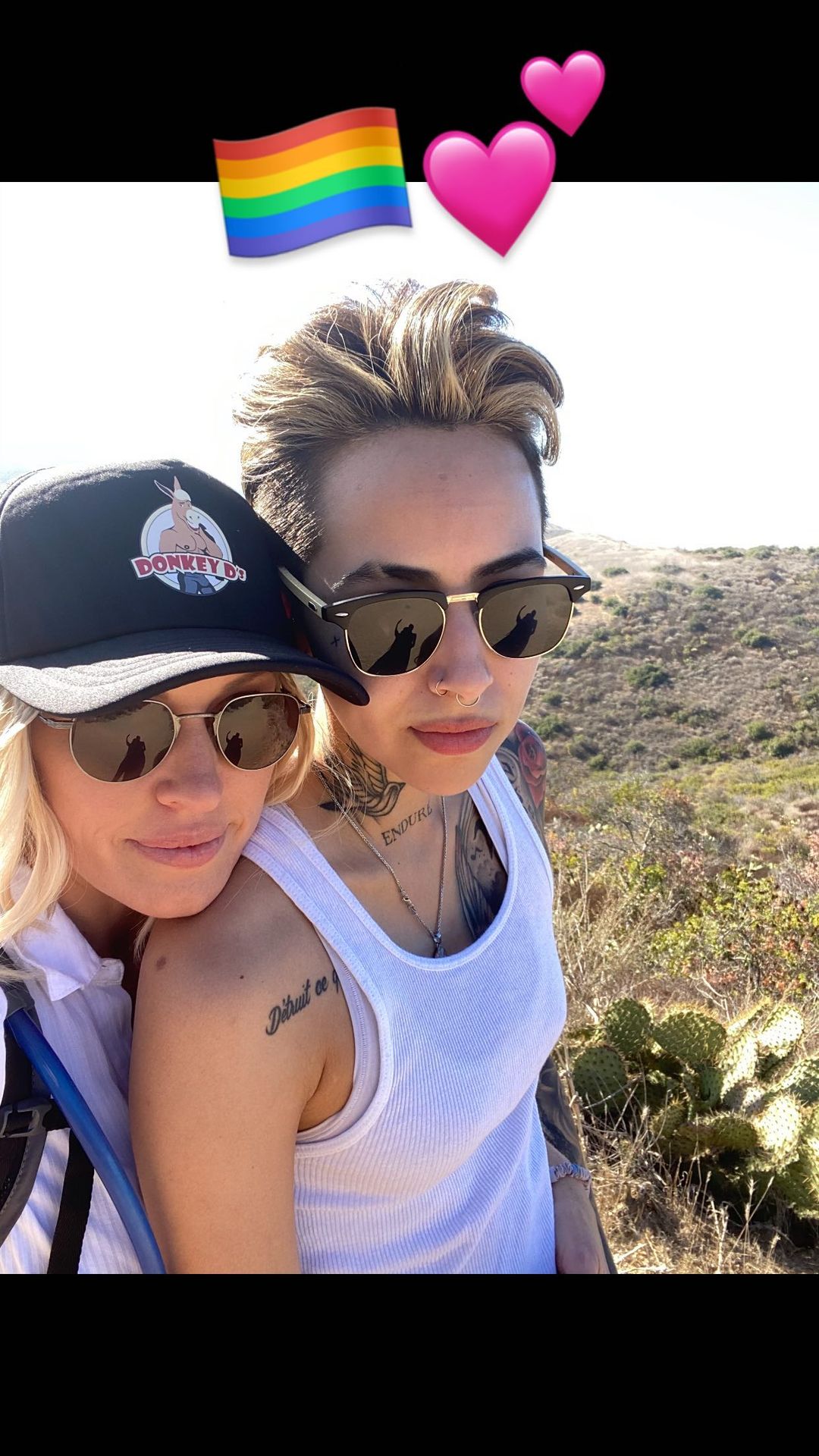 Braunwyn admits that she, husband Sean and Kris are in "uncharted territory", but they are committed to making it work.

"I don't have a role model for this. I don't have anyone to go to for answers. So right now, we're just doing our own way," she told GLAAD. "You know, Sean and I are still married. I plan on staying married. We are not sleeping in the same bedroom right now, but we are in the same house. We are raising our kids together, he's my best friend. He knows the girl I'm dating.

"I mean, we go to parties together! She came over the other night, hung out with the family, had dinner with us. I mean, it's only as weird as you make it."