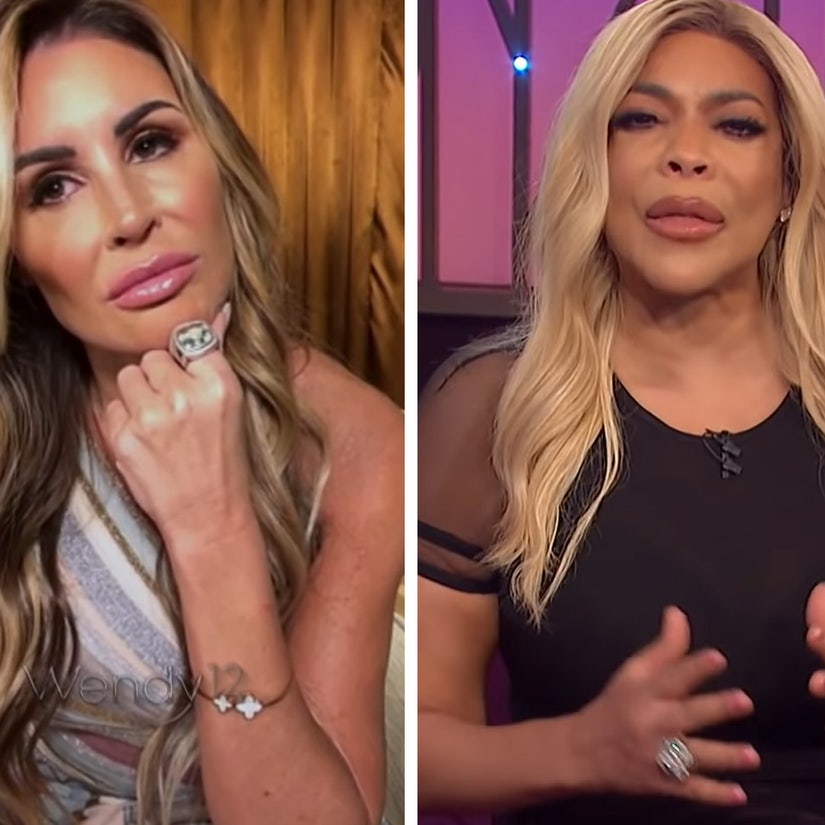 Uchitel claims Wendy's staff called her and apologized after her March 2021 appearance on Williams' morning show.

Rachel Uchitel is opening up about her "rough" interview with Wendy Williams last month, an interview she now said veered into "inappropriate" territory when the host wouldn't let up with questions about Uchitel's affair with Tiger Woods.

Uchitel's interview went down in mid-March and was supposed to be about her partnership with Seeking.com. She claimed producers told her Williams would ask just one or two questions about her appearance in HBO's "Tiger" documentary -- which aired in January -- but that would be it. That isn't quite what happened, as the nearly-13 minute long interview was mostly about the affair, with the last two minutes devoted to her new gig.

During an appearance on "Behind the Velvet Rope with David Yontef," Uchitel was asked whether she felt like Williams was "coming for" her during the interview.

"So yeah, that was a little bit of a rough interview," said Uchitel, who said that after she was a topic of discussion on Hot Topics, Williams' staff reached out to see if she wanted to be on the show. "Her staff was really nice about asking me to be on and said that she was going to be nice and had said all nice things to me," she claimed.

"I honestly think that when she got on the show, she didn't really know how to interview me, quite frankly," continued Uchitel. "And I think she was confused as to how to interview me because I felt like that first five minutes or so was very, almost like she felt pressured into asking me these questions that she thought she needed to ask for some reason, because I felt like it was almost awkward in the way that these were questions that were so inappropriate almost to a level that didn't make sense."

READ:  Bad Bunny Lights Up the Stage With Jhay Cortez During His Debut Grammys Performance

In the first few minutes, Williams asked Uchitel if the affair being exposed was "good for her" at the time, whether she thought Woods would leave his then-wife Elin Nordegren, if they loved each other, whether she got paid to be on the HBO doc and if they had spoken at all recently. She ended the interview by saying, "We'll never like home wreckers here, but we like you for what you're trying to build."

Watch the interview in its entirety below:

"Her staff ended up calling me after the fact and said, 'We're so sorry, because we didn't know she was gonna continue on that level of questioning.' And that's actually not even why they booked me," Uchitel continued. "They booked me because she was so interested in Seeking.com and me being the spokesman for Seeking.com. And they said she was going to ask like one or two questions at the top of the interview about me being on the HBO doc. But that was it. I don't really know what happened there."

"It got very uncomfortable because it was sort of like, she kept harping on something and didn't want to let go of it," she added. "And you know, after 10 years of living with a stigma attached to you and like, everyone's sort of, you know, needing to like introduce you as that, like it's really enough already. I thought that was really a place of, now we're getting inappropriate here."

Uchitel said she got a lot of feedback from both men and women who felt the interview was "uncomfortable" to watch because "of how harshly" Williams went after her.

READ:  Keeping Up With Ben Higgins - The Bachelor, Life Today, Valentine's Day, and His New Book

While she said Williams doesn't owe her an apology for the interview, she would love some kind of acknowledgment of the double standard when it comes to how men and women are covered in the media -- Wendy's show included.

"I wouldn't be shocked if she said something that she thought about it after the fact and thought that it's time that people address the stigma or the elephant in the room that it's not only the woman's fault and that the woman shouldn't be shamed only and be called names, while the men just get to walk away and be the heroes," she added. "So if she took responsibility like that, I think that that would be really huge of her. I think that would be amazing and it'd be huge of her and it would make a lot of news for her show, to be honest."

During the interview itself, Uchitel made it pretty clear she didn't want to keep talking about Woods, even if their relationship is the reason she's a household name.

She added that the only reason she participated in the HBO doc was because she'd allowed other people to tell her story for a decade and jumped at the chance to reclaim her narrative.