Tate recalled Bilson once telling him, “I don’t read scripts, I smoke pot.”
Tate Donovan has gone on record a few times in the past about how difficult it could be to work with his younger costars on “The O.C.” — and one of them… 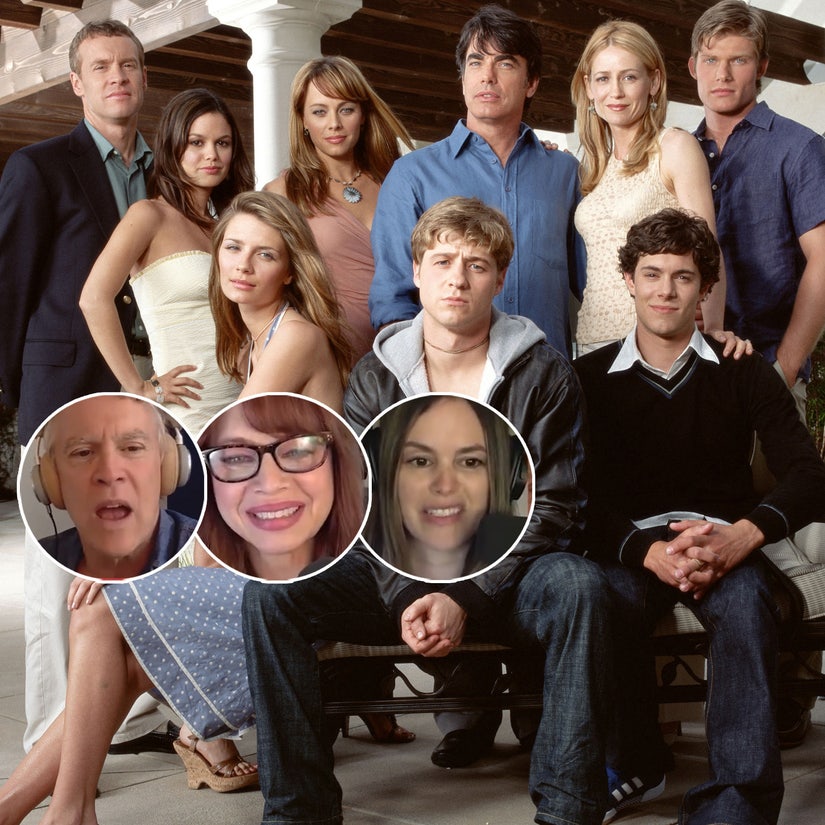 Tate recalled Bilson once telling him, "I don't read scripts, I smoke pot."

Tate Donovan has gone on record a few times in the past about how difficult it could be to work with his younger costars on "The O.C." -- and one of them just apologized to him.

The actor was a guest on Rachel Bilson and Melinda Clarke's "Welcome to the O.C., Bitches" podcast this week, where he addressed and expressed regret for some of his past comments about the show's cast. Bilson also apologized for any trouble she gave him back in the day.

Bilson's mea culpa came after Donovan shared a personal story about how he turned down appearing in a "Magnum P.I." reunion episode multiple times -- once to star Tom Selleck himself -- because he believed he had graduated to "film actor" status and TV was beneath him. "Can you believe that? To Tom Selleck himself. I turned down. I look back on that like, I'm such an a------," he recalled. "I never got the chance to tell Tom Selleck how much of an idiot I was."

"That brings something pretty poignant for me," said Bilson. "You went on to direct us on 'The O.C.' … and I know some of us kids were little a------- and I think that that speaks to that whole unaware, young, youthful, ignorant, like, just idiots."

"I hope I wasn't as bad as it's come off. I hope I wasn't," she continued. "You know, you get influenced, I'd say, by your surroundings. Let's put it that way."

Donovan said that for stars like Bilson, Mischa Barton, Adam Brody and Benjamin McKenzie, "you can't help but believe the hype" getting thrown on you by the public when something blows up like their show did. "Especially when you're young," he added.

"I thought you were so wonderful, such a wonderful director and an amazing human," Bilson responded. "So if I ever added to any of the a------ness, I want to apologize on record here right now."

Donovan said she was actually a "total sweetheart" to work with, before sharing "a really funny story that I don't know if we can tell on this podcast." The two hosts allowed it.

"It was really funny, hilarious thing. So our first scene together, you were in Seth's house and you were coming down into the pool to talk to Ryan or something like that, you did the scene and it was great," said Tate, referring to Bilson. He said that while the first take was "awesome," he didn't feel she was portraying the correct emotion for the scene and reminded her that in the scene prior she had gotten into a fight with Brody's character.

"You go, 'Tate, I don't read scripts, I smoke pot,'" Donovan said, as both women started cracking up hysterically. "Oh my god, that tracks so hardcore. So funny. So on brand," said Bilson, "The pot thing sure, but the fact I had no f---ing idea what's going on here, just tell me what I'm supposed to do. That's hilarious. That quote is going down in history."

He said she nailed the scene after that -- joking, "you just had to be told what was in the script."

Appearing on "Watch What Happens Live" back in 2013, Donovan said the kids were "great" the first year. "Then, all of them, they fell apart ... anybody in that situation, when I was starting out, when you first get famous, you just become a ding-dong. And they did, but they're maturing." He also told Vulture that, when he started to direct, "the kids on the show had developed a really bad attitude."

READ:  Here’s Whether Clayton & His ‘Bachelor’ Winner Are Still Together After His Controversial Finale

"I think I've gotten in a little trouble about 'The O.C.'" he said on the podcast, referring to those statements. "I think Adam Brody was a little angry at me for some of the things I said [on WWHL]."

"I did generalize. I feel bad because everyone sort of jumped on that," he responded. "I thought you kids, the whole cast, it's awesome. Especially that first year. It was a total blast."

Clarke went on to point out that, as adults on the show, they came into work with a "different perspective" from the young actors playing their TV kids. "When you are inundated with the amount of attention ... everyone has their own journey. I can understand their point of view as well," she added.

Donovan also told the women he was "totally devastated" when he found out Jimmy Cooper would be written off the show. He said he was actually shopping for apartments in New York when he got the call from producer Bob De Laurentiis letting him know he'd only be in the first seven episodes of the third season. His reaction: "I was like, 'Oh, wow, I guess I better look for cheaper apartments.'"

He added that he was always worried the show would "cut" him and actually started shadowing and getting into directing because he kept thinking, "I don't know if this Jimmy character is going to go very far."

Listen to the full episode below: