When it comes to fashion icons, Princess Diana was unparalleled. Her ability to pull off practically any sartorial moment, from her signature bike short and sweatshirt combo to her “liberated” Dior silk slip dress, is admired by fashion buffs to this day. But Princess Diana’s sweater collection, which included such memorable pieces as her black sheep jumper, the “I’m A Luxury…” sweater, a cute koala design and many others, was truly in a league of its own. Her penchant for these kitchy, somewhat tacky, knit statement sweaters gave a glimpse into the Princess of Wales’ playful sense of humor.

The fourth season of The Crown is also a good reminder that Princess Diana knew how to rock a novelty knit sweater or two. Actress Emma Corrin, who portrays her in the series, donned the actual Rowing Blazers Sheep Sweater that Diana often wore to polo matches, usually with a Peter Pan-collared blouse underneath. We stan Netflix’s costume department and its dedication to historical accuracy!

Now that we’re getting into colder weather, it’s the perfect time to get a sassy statement sweater of your own. If you’ve always dreamed of recreating a famous Princess Diana outfit yourself, the good news is Rowing Blazers has teamed up with the original designers of two of her most famous sweaters. Warm & Wonderful made the Sheep Sweater and Gyles & George were behind the “I’m A Luxury” design, so now you can actually buy the real pieces Princess Di wore! For maximum Princess Di energy, style your picks over a pair of black bike shorts.

Both options are available to order now on the Rowing Blazers site. But if you don’t want to wait, or would prefer a more affordable version of a Princess Diana-style statement sweater, we’ve got you covered there, too. Read on to shop a bunch of sweaters Princess Di would definitely love, including two she actually wore, one exact replica from Etsy and some others that definitely fit the statement sweater bill. 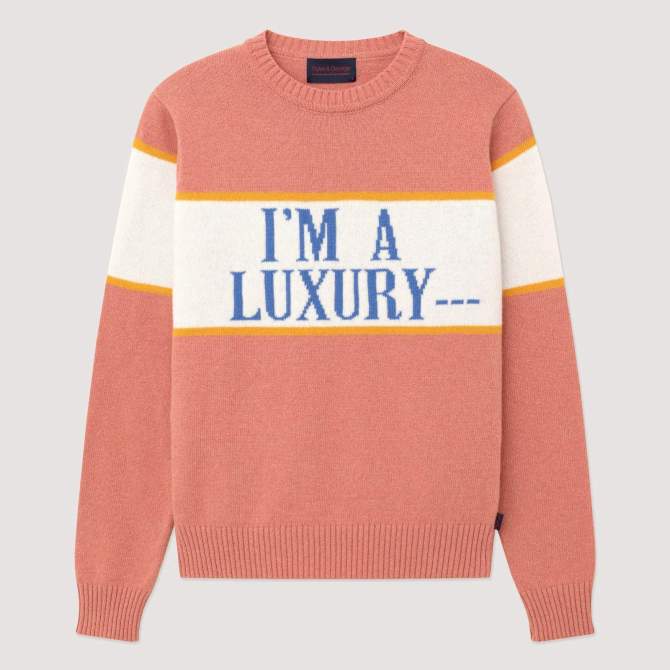 this exact “I’m A Luxury” sweater from Rowing Blazers has been on my fashion bucket list ever since I saw photos of Princess Diana wearing it. Talk about iconic! 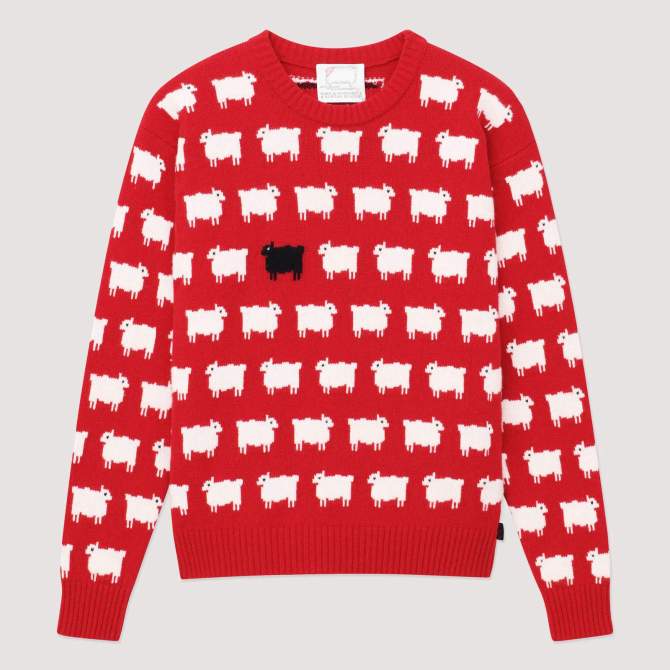 To All The Black Sheep Out There

If Diana felt like a black sheep in the royal family, this Sheep Sweater (which she actually wore!) was her clever, hidden message to the world. 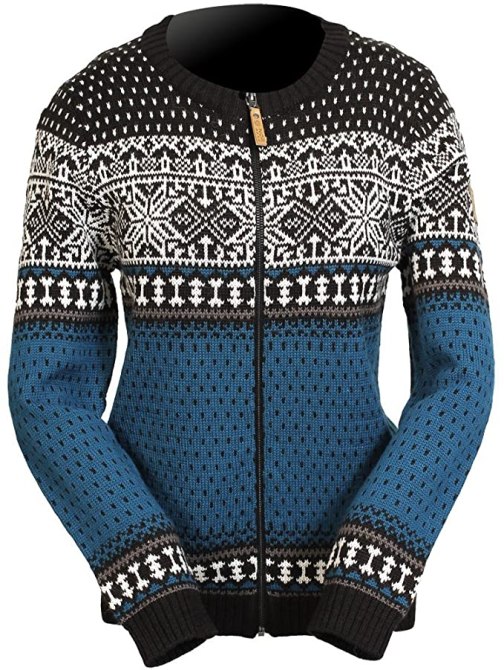 Not all of Princess Di’s sweaters were funky, but they were always cozy. She’d definitely keep warm during English winters in a Nordic wool sweater like this one. 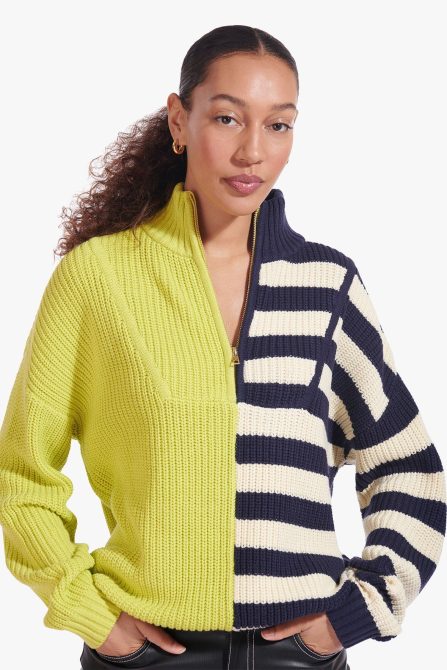 I can totally picture Princess Diana styling this two-tone quarter-zip sweater from STAUD over a pair of simple black bike shorts. Chunky sneakers are a must, obvi! 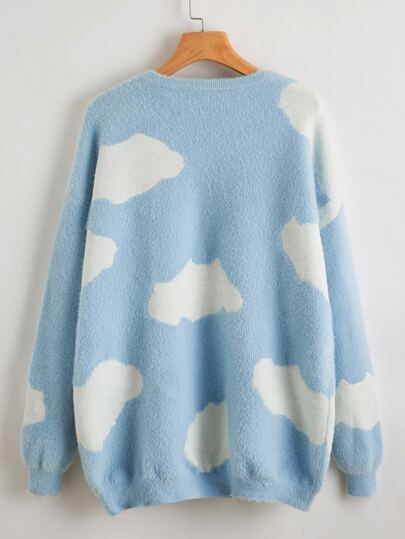 Head In The Clouds

Can’t you imagine Princess Di wearing this adorable cloud sweater on a day out with young Prince William and Prince Harry?! You’d look just as good in it with some creamy straight-leg denim. 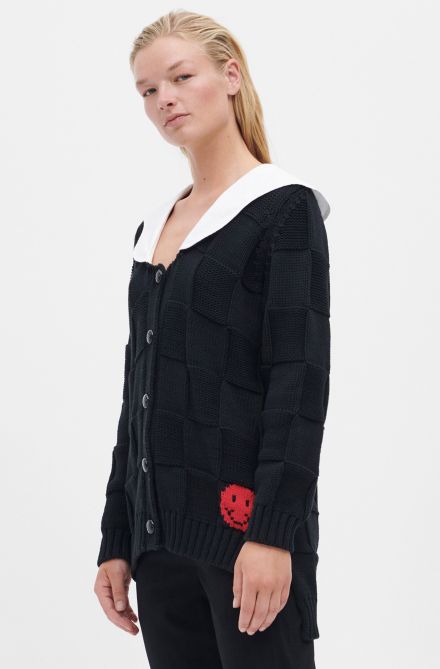 Princess Diana once wore a navy sweater that featured a white collar detail, so this sweater from Ganni feels like a very modern update to her look. Loving the little smiley detail! 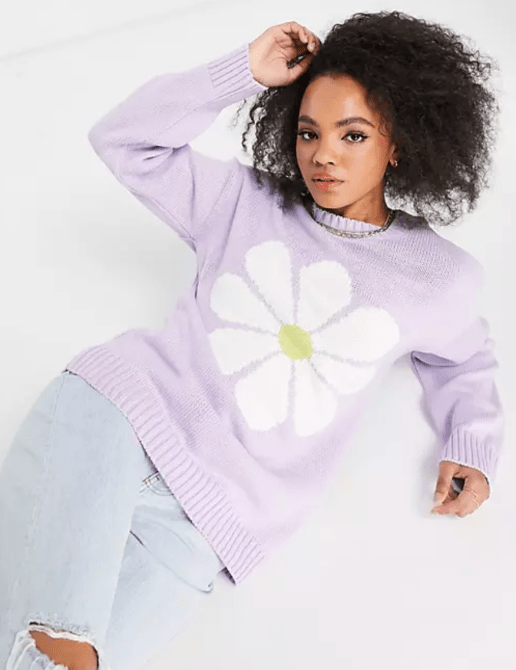 I have a feeling Princess Di would have gone absolutely crazy for this daisy-printed sweater from ASOS Design, especially paired with some biker shorts, her go-to legwear for running errands. 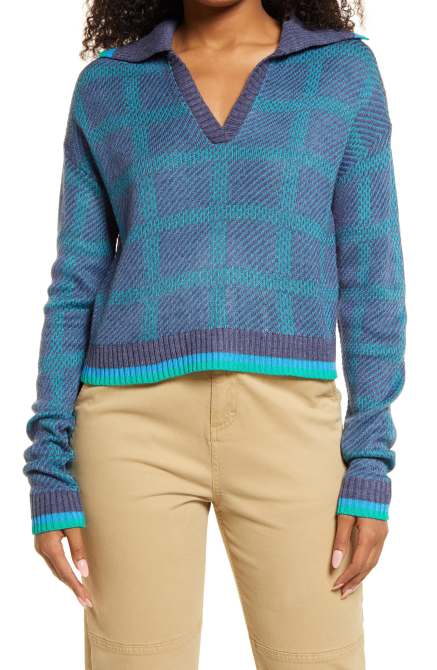 A Pop Of Something Fun

You can’t channel Diana’s style without adding a few colorful patterns into your wardrobe, so this Relaxed Polo Sweater from BP is perfect. Style this with some wide-leg trousers to match her vibes to a T. 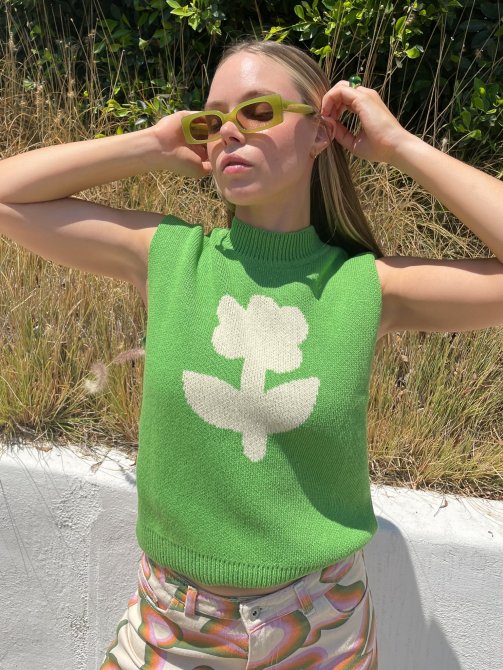 Sweater vests were basically a wardrobe staple back in the day. This option from Mundaka comes a lime green hue that definitely fits Princess Di’s colorful vibes. 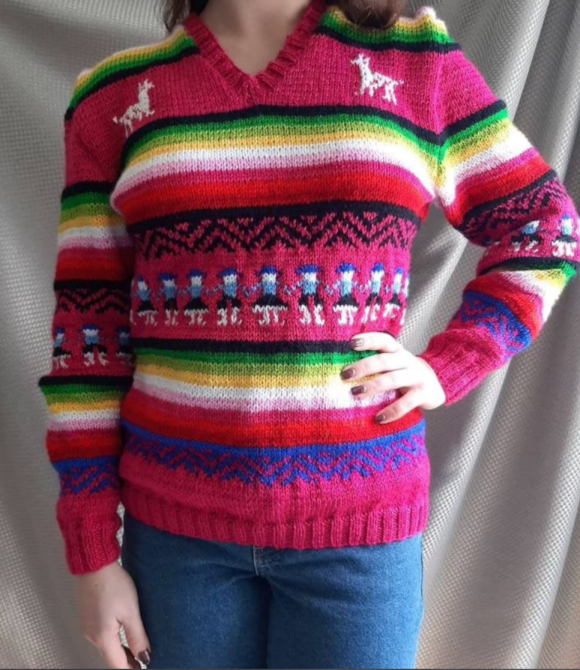 Save The Drama for Your Llama

Princess Diana famously wore a pink sweater with llamas on it, so this replica from Etsy would be a pretty sweet homage to her playful style.