“How about the girls there preying on these rich men?”
As a number of former Playmates and ex girlfriends of Hugh Hefner speak out against his alleged misconduct in a new A&E docuseries, “Secrets of Playboy,” at least one of … 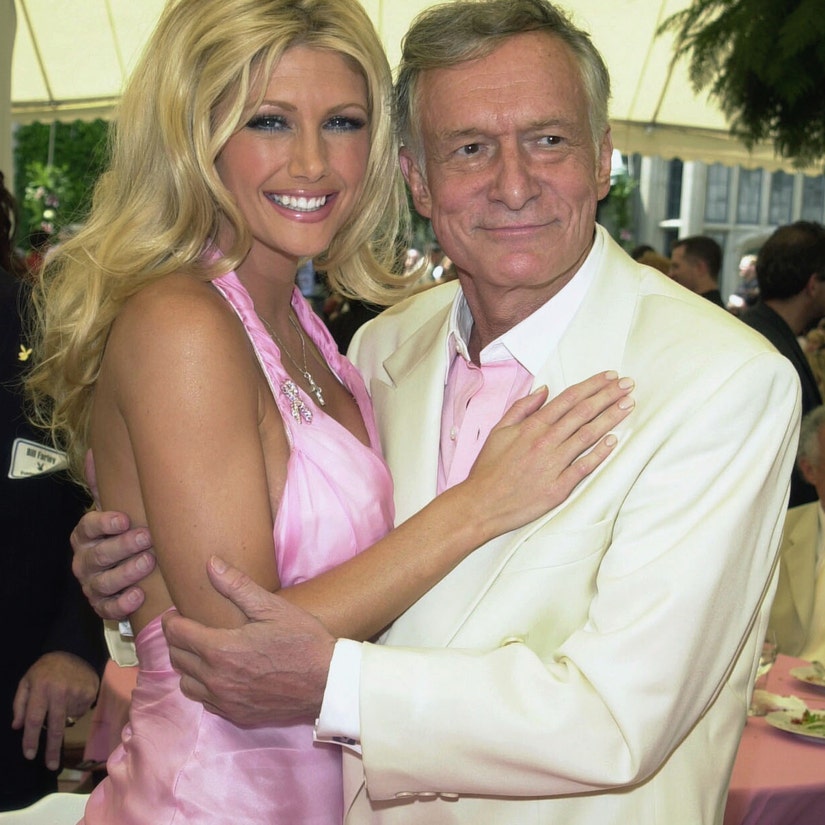 "How about the girls there preying on these rich men?"

As a number of former Playmates and ex girlfriends of Hugh Hefner speak out against his alleged misconduct in a new A&E docuseries, "Secrets of Playboy," at least one of them has his back.

Brande Roderick -- who modeled for the magazine in the late '90s, was Playmate of the Year in 2000 and dated Hef for a year around that time -- took a public stance supporting the late Hefner during an interview with Ashleigh Banfield ahead of the doc's premiere Monday night.

Another one of Hefner's former girlfriends from the late '70s, Sondra Theodore, appeared on Banfield's show and said that both cocaine and quaaludes were common at the Playboy Mansion and they would be used in a "manipulative" manner to make "people do things they would normally not do."

After Theodore's appearance, Roderick joined the show and was asked about the "icky things" Theodore and others have claimed went on in the mansion.

"For me, I have a real fond love for Hef. He was a wonderful person. I learned so much from him. I learned about art, I learned about music, big band and jazz, old classic films. I learned a grace from Hef," she began. "That's one thing that I learned and got to see firsthand is the way that this major iconic man, who's super famous, would react with everybody. He'd have people coming up to him, wanting to take pictures and talk to him and he was just so graceful, which is something you don't see a lot of times from celebrities in Hollywood."

When asked about his predilection to date a group of women who all looked the same and how it felt to be one of that group when they were together, she said she actually felt "very special" -- and defended his behavior by saying he "just happened to like blondes."

As for some of the "seedier" allegations, like quaaludes and the so-called "Pig Nights" at the Mansion -- which were allegedly hosted by Hef and included carloads of sex workers from Sunset Blvd. being brought to the home by pimps -- Roderick said she witnessed nothing of the sort during her time there.

"Well, you're talking to someone who was there in the ‘70s. For me, it was not like that whatsoever. In fact, there was one night at one party where security came to Hef and said, 'There's somebody doing cocaine in the bathroom.' A certain celebrity, which I won't mention the name, of course," she claimed. "He had them kicked out and never allowed at the mansion again. He was very much against drugs. Maybe in the '70s they were having fun. What she's explaining, it sounds like she's talking about men that go to the parties. I didn't hear her say Hef was doing those things."

"How about the girls there preying on these rich men? I mean, come on, that's ridiculous," she continued. "It's natural. They went down to Sunset Boulevard to pick up girls? That's what everybody does. Guys go to bars to pick up girls, they've been drinking forever, that's what people do when they go out."

READ:  Shaquille O'Neal says he is to blame for divorce from ex-wife Shaunie: 'I know I messed up'

She added, "They were all there at their free will: No one was holding a gun to their head."

When asked if she feels an obligation to "defend his legacy" in light of all the women -- including Holly Madison -- speaking out against Hefner now, Roderick said she felt "sad" having to show support.

"I feel so sad that I even have to defend him because he's such an amazing person who has done so much for so many people. Human rights, women's rights, LGBT rights, everything," she said. "And the fact that some women are coming out because maybe they have a book coming out, maybe they want 15 more minutes of fame, maybe they're out of it, whatever, and to do it now, after he's dead, where he cannot defend himself, to me is disgusting."

"Why not go on the other documentaries that have been made while he was alive and say these things about him?" she then asked. "He's not those things."

Hefner's son Cooper Hefner also tweeted out his support for his father, though he didn't address the A&E special or any specific claims in his statement.

"Some may not approve of the life my Dad chose, but my father was not a liar. However unconventional, he was sincere in his approach and lived honestly," said Cooper. "He was generous in nature and cared deeply for people. These salacious stories are a case study of regret becoming revenge."

The 10-part series premieres tonight on A&E, with new episodes dropping every Monday.