The TV personality also said Meghan and Prince Harry should be “stripped of their titles.”
Piers Morgan claims “Good Morning Britain” wants him back.
The TV personality had abruptly quit the talk show back in March after … 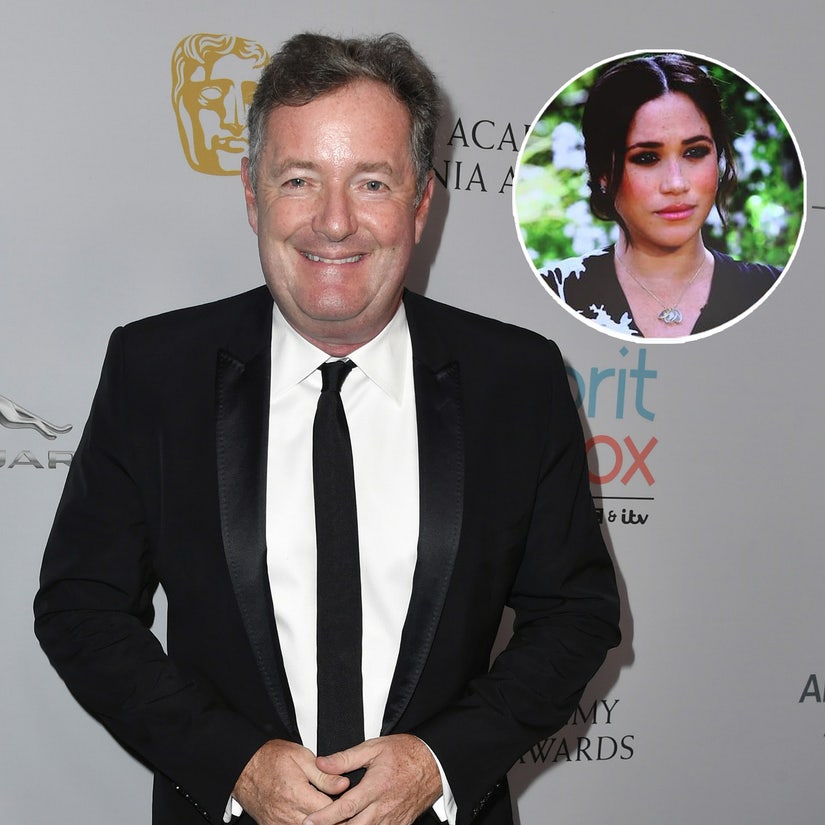 The TV personality also said Meghan and Prince Harry should be "stripped of their titles."

The TV personality had abruptly quit the talk show back in March after he received backlash for slamming Meghan Markle over her bombshell Oprah Winfrey interview.

"They reached out -- there have been approaches. Never say never," Piers told The Sun on Saturday.

Around the time of his exit from "GMB," Piers took to Instagram to say he was a "victim of cancel culture" for refusing to apologize to Meghan. Now he appears to want to cancel Meghan and her husband Prince Harry, who has recently been speaking out against Buckingham Palace.

"I think they should be stripped of their titles because they're trashing the institution and causing a lot of damage in the Commonwealth where a lot of the countries are believing this racism crap," he relayed to The Sun. "They’ve become the world's biggest victims in the middle of a pandemic."

"It's pathetic. Harry needs to grow up."

Following Meghan and Prince Harry's interview with Oprah, Piers said on "Good Morning Britain" that he believed Meghan was lying about her mental health crisis, and the royal family's response to her pleas for help.

The next day, Piers stormed off the set after co-host Alex Beresford challenged Piers' commentary about Meghan. Piers subsequently quit "Good Morning Britain" after serving as a lead anchor since 2015.

A statement was released after news of the exit broke: "Following discussions with ITV, Piers Morgan has decided now is the time to leave Good Morning Britain. ITV has accepted this decision and has nothing further to add."