Pete Davidson closed out season 46 of Saturday Night Live with a comedic swipe at Chrissy Teigen.The comedian, 27, made an appearance on the show’s Weekend Update with Colin Jost to talk about Mental Health Awareness Month, but things made a turn when …

Pete Davidson closed out season 46 of Saturday Night Live with a comedic swipe at Chrissy Teigen.

The comedian, 27, made an appearance on the show's Weekend Update with Colin Jost to talk about Mental Health Awareness Month, but things made a turn when he jokingly took aim at the model. "It's mental Health Awareness Month and my therapist said it's important to practice self-care — which is why she stopped taking my calls," Davidson joked.

READ MORE: What happened between Chrissy Teigen and Courtney Stodden?

"If there's one good thing about the pandemic — besides getting Chrissy Teigen out of our lives," he continued, cracking a laugh at the reaction of the audience before adding, "I'm relieved."

The joke comes shortly after Teigen was slammed with a wave of backlash after Courtney Stodden's claims that the Cravings cookbook author bullied them. Stodden, who uses they/them pronouns, had unearthed tweets that seemingly showed Teigen telling them to kill themself. 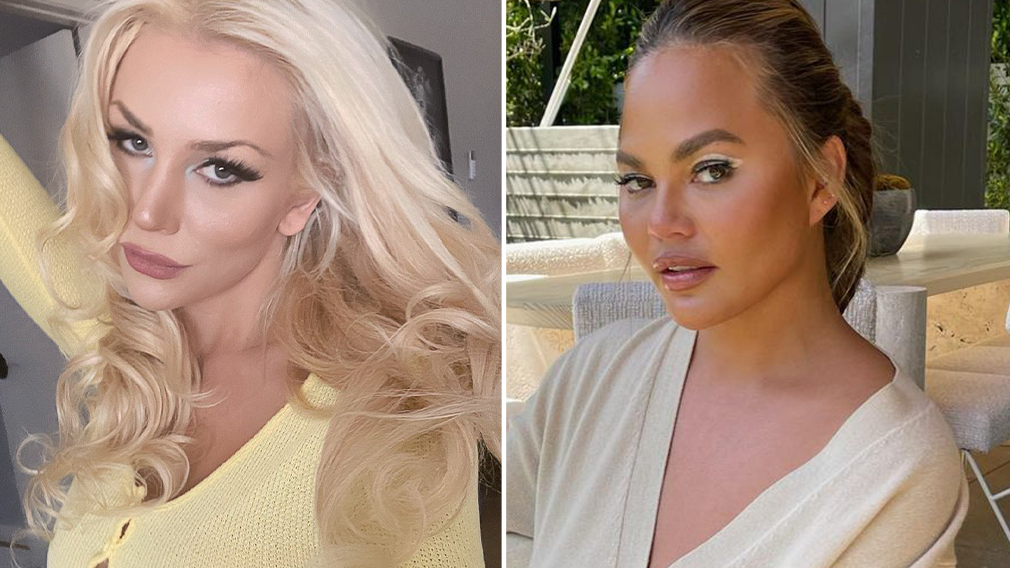 Teigen apologised earlier this month but has not posted on any of her social media platforms since then.

"Not a lot of people are lucky enough to be held accountable for all their past bulls--t in front of the entire world. I'm mortified and sad at who I used to be. I was an insecure, attention seeking troll," she tweeted on May 13. "I am ashamed and completely embarrassed at my behavior but that is nothing compared to how I made Courtney feel. I have worked so hard to give you guys joy and be beloved and the feeling of letting you down is nearly unbearable, truly. These were not my only mistakes and surely won't be my last as hard as I try but god I will try!!"

During the SNL segment, Davidson also poked fun at Bill and Melinda Gates' divorce. "People aren't getting the vaccine because they think it's just Bill Gates trying to put a microchip inside you," he said. "Trust me, if he was that much of an evil genius, Melinda would have signed a prenup."

Davidson ended the segment on a heartfelt note, telling Jost, "The pandemic taught me that we never know what the future holds. It's also taught me to be grateful. And I'm very grateful to be here. It's an honour getting to grow up in front of you guys."

This comment has fans thinking Davidson may not be returning for the next season of SNL.