It was one of the highlights of the UK’s biggest music awards show — but mystery surrounds why the Pet Shop Boys didn’t join Elton John and Years & Years’ performance of their classic song, ‘It’s a Sin,’ at Tuesday night’s BRIT Awards.Elton and Yea…

It was one of the highlights of the UK's biggest music awards show — but mystery surrounds why the Pet Shop Boys didn't join Elton John and Years & Years' performance of their classic song, 'It's a Sin,' at Tuesday night's BRIT Awards.

Elton and Years & Years' Olly Alexander pre-recorded their cover of the song — originally released on Pet Shop Boys' 1987 album, Actually, and a U.K. No.1 and U.S. No. 9 hit — ahead of the May 11 live show. The performance, inspired by the hit BBC Channel 4 drama of the same name, which was set during the HIV/AIDS crisis of the 1980s and starred Alexander, was shown on big screens at the ceremony, with the Years & Years singer watching in the audience.

But it later emerged that the Pet Shop Boys, Neil Tennant and Chris Lowe, had also been due to be part of the performance, only to pull out just a few days before the show. A report in the Sun quoted a source saying their withdrawal came down to "creative differences" over the performance, which prompted the Pet Shop Boys to post an official statement on social media.

The statement said the group had been asked to be part of the performance and that they had co-produced the new version of the song with their long-time producer Stuart Price.

"It is not true that 'creative differences' led to them not appearing," the statement continued. "The staging and casting ideas were approved by PSB along with Olly Alexander and Elton John. The non-appearance of PSB was ultimately due to a contractual issue that proved unresolvable." 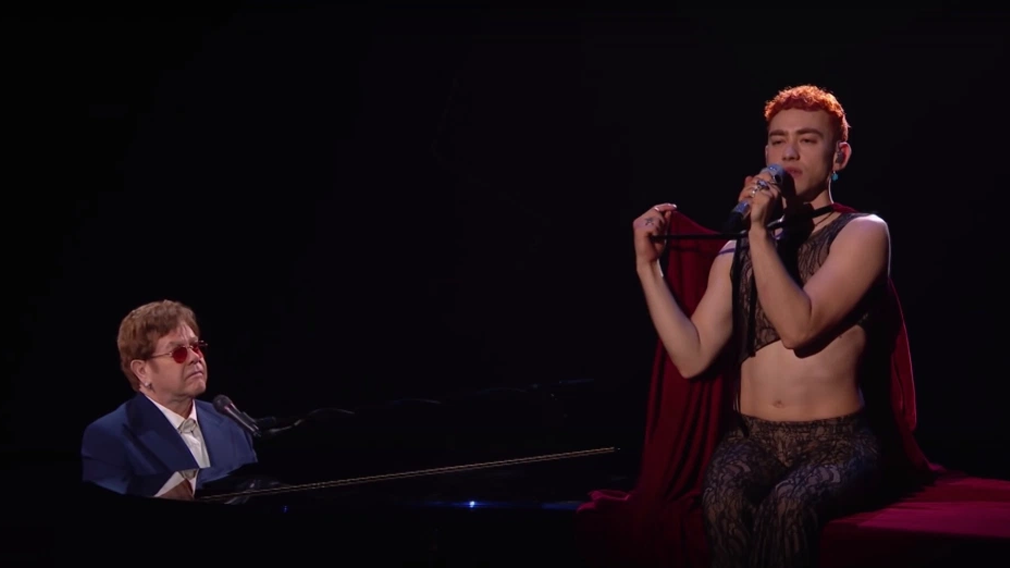 A Brit Awards spokesperson added: "The collaboration between Elton John and Olly Alexander was always the original concept and came about after Olly appeared on Elton's Rocket Hour show to talk about his role in the ground-breaking drama 'It's a Sin.'

"There was then an invitation from Elton directly to the Pet Shop Boys to see how they might want to get involved. Elton and Olly were delighted when they agreed to produce the music alongside Stuart Price. The Pet Shop Boys' production teams also supported and contributed to the staging and physical production every step of the way. The response to the performance has been phenomenal and the single is raising money for the Elton John AIDS Foundation, such an important cause. It was a special Brits performance people will be talking about for years."

That enthusiastic statement, however, dodges the mystery contractual issue. A rep for the Pet Shop Boys also declined to comment beyond their initial statement. 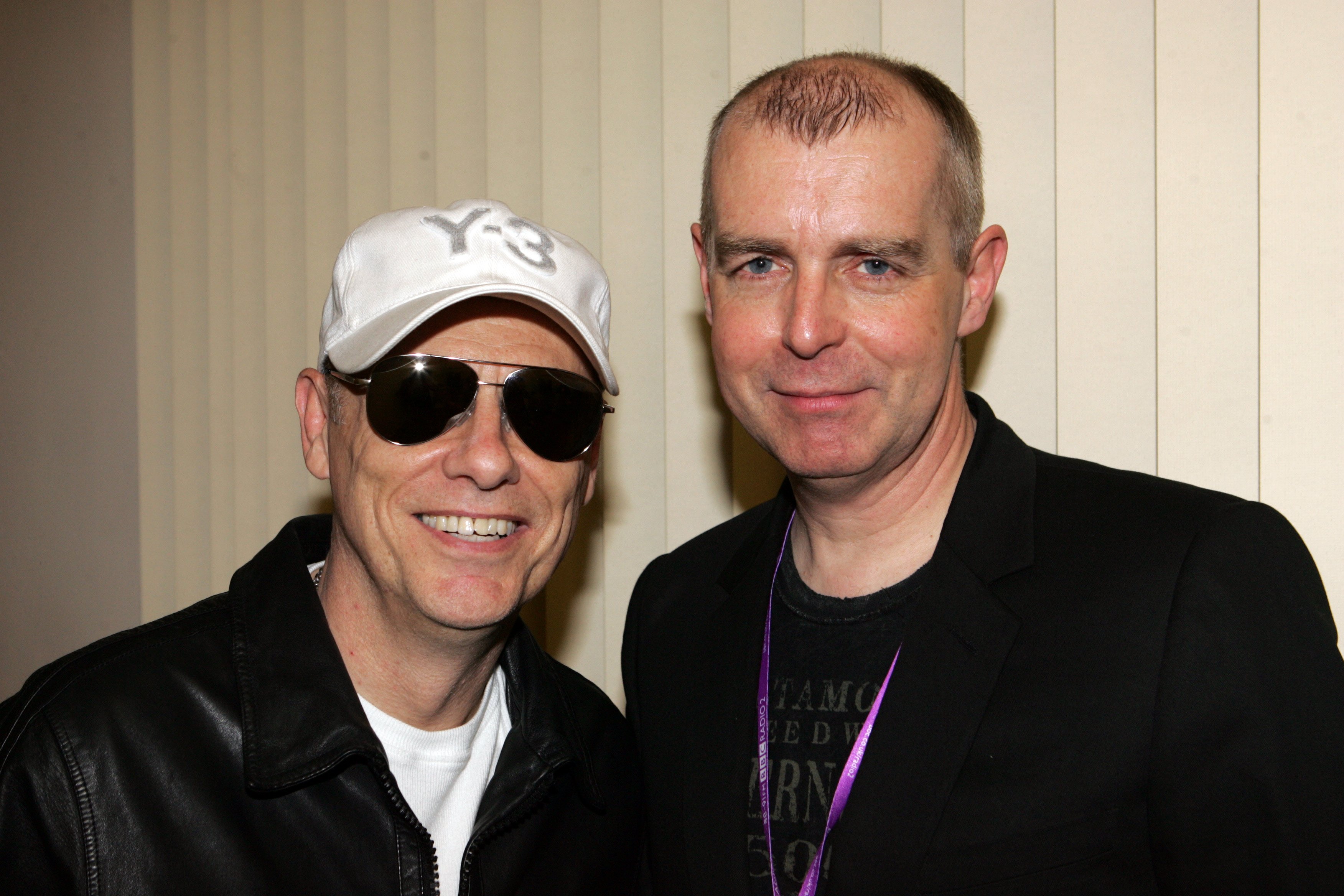 Sources tell Variety that the Pet Shop Boys did not get as far as participating in rehearsals, as they had been due to be static during the performance, which featured Alexander dancing on John's piano and a large cast of dancers.

Rumours swirling around the industry suggest the group's non-appearance might have come down to a disagreement over the order in which Elton and the Pet Shop Boys should be credited. No one would go on the record and one Brits insider dismissed those claims as "gossip." But another industry source tells Variety there had been "a lot of egos" behind the scenes between the two veteran acts. Years & Years was not said to be involved in any dispute.

The single, with proceeds going to the Elton John AIDS Foundation, is credited to Elton John/Years & Years. It is set to land in the Top 60 of the Official U.K. Charts when they are published later Friday (May 14), after just two full days of availability. 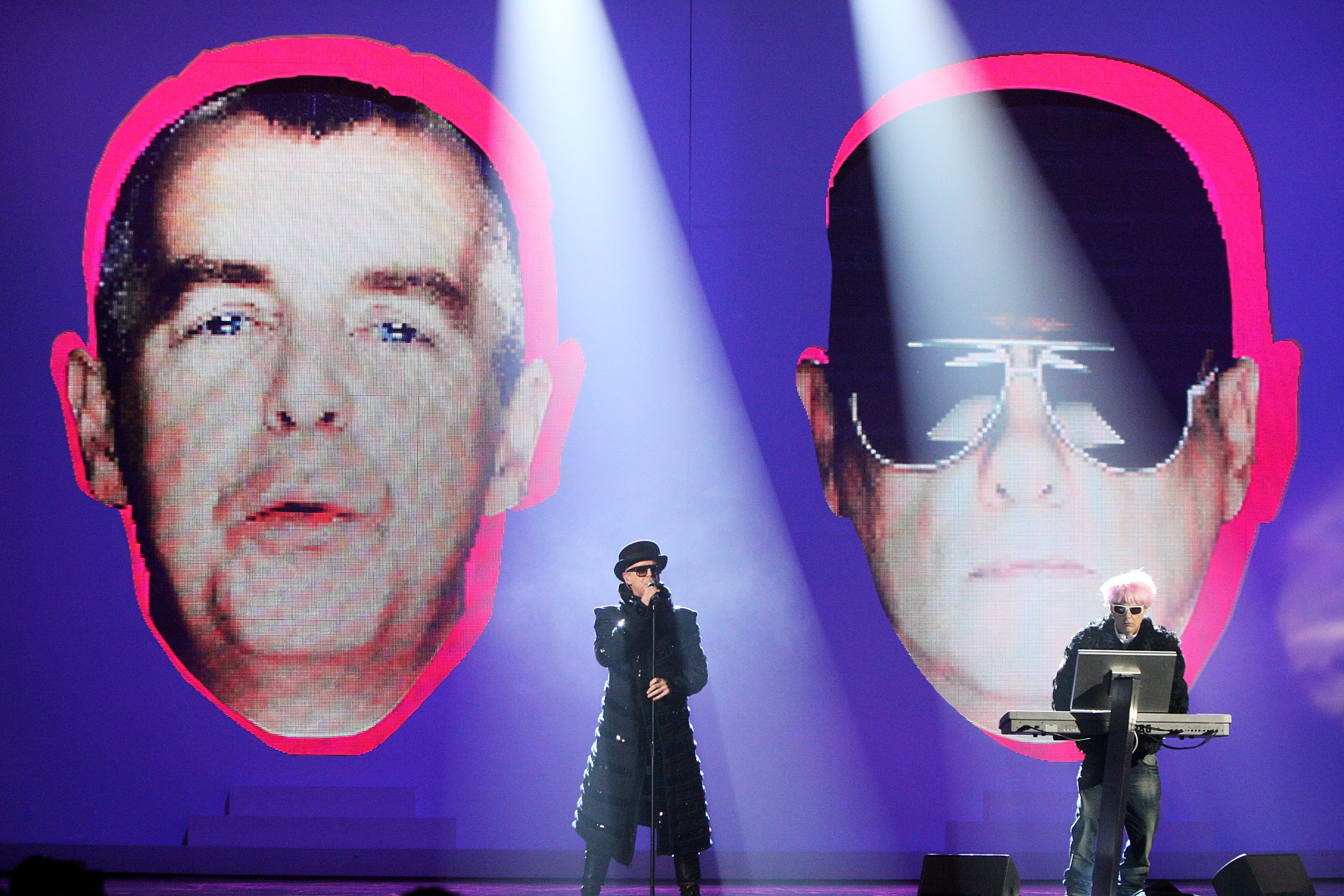 The Brit Awards attracted 2.9 million viewers to ITV, down 860,000 from the 2020 ceremony. The Elton John and Years & Years performance has been watched more than a million times on the Brits' YouTube channel.