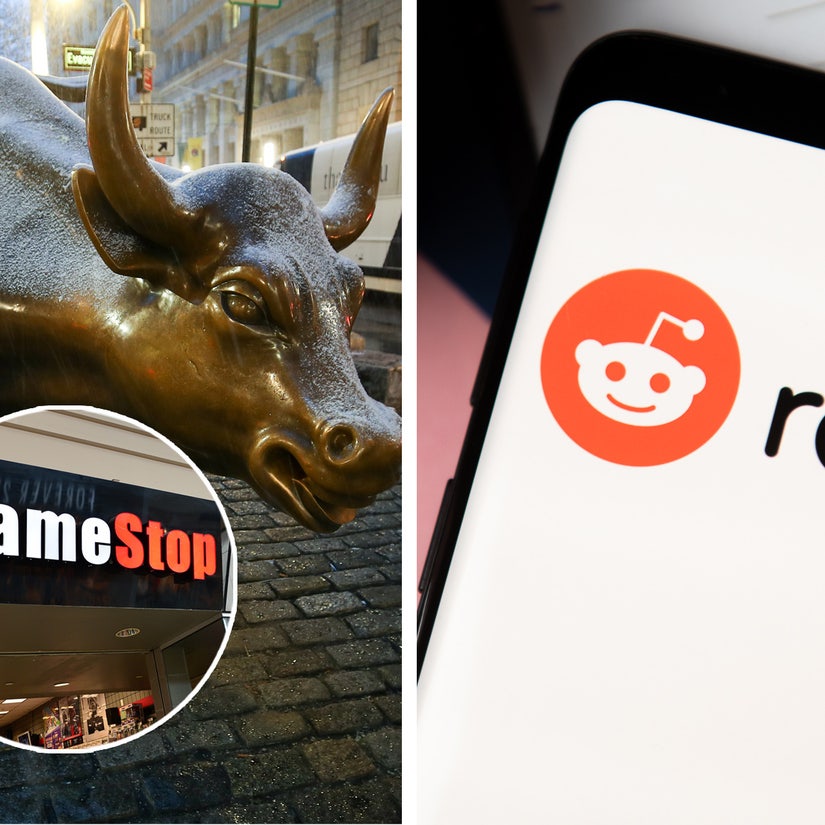 "I'm making this as painful as I can for you."

The Reddit Vs Wall Street war has been brewing for some time, it seems.

With several discussions online digging into how the GameStop rebellion occurred, one Redditor has taken the time to explain why.

In an open letter that has already been upvoted more than 130k times and received over 2,500 awards, user ssauronn explained how for him (and presumably many other Redditors like him who refuse to let go of their skyrocketing GameStop shares) — this is personal.

"I was in my early teens during the '08 crisis," he wrote. "I vividly remember the enormous repercussions that the reckless actions by those on Wall Street had in my personal life, and the lives of those close to me."

"I was fortunate - my parents were prudent and a little paranoid, and they had some food storage saved up. When that crisis hit our family, we were able to keep our little house, but we lived off of pancake mix, and powdered milk, and beans and rice for a year. Ever since then, my parents have kept a food storage, and they keep it updated and fresh."

He described how not everyone was as fortunate; how his aunt lost her home, how his friends had to make soup out of school cafeteria ketchup packets.

He described the pride he felt for his parents, who despite being only slightly less worse off than the rest of their neighbors, helped by employing them to do odd jobs.

ssauronn then addressed four separate parties in his open letter: Melvin Capital, CNBC, "boomers", and his fellow Redditors on the Wall Street Bets subreddit, where the revolution first took hold.

"To Melvin Capital: you stand for everything that I hated during that time," he wrote. "You're a firm who makes money off of exploiting a company and manipulating markets and media to your advantage. Your continued existence is a sharp reminder that the ones in charge of so much hardship during the '08 crisis were not punished," he wrote, adding: "you haven't learned a single thing since".

"And why would you? Your ilk were bailed out and rewarded for terrible and illegal financial decisions that negatively changed the lives of millions."

ssauronn revealed here that just days ago, he dumped all his own savings — as well as his rent money — into GME stock... and he's not letting it go.

"And I'm holding. This is personal for me, and millions of others. You can drop the price of GME after hours $120, I'm not going anywhere. You can pay for thousands of reddit bots, I'm holding. You can get every mainstream media outlet to demonize us, I don't care. I'm making this as painful as I can for you."

He then turned his sights on the media who he says have made villains out of the Redditors.

"Your staple audience will soon become too old to care, and the millions of us, not just at WSB but every person affected by the '08 crash that's now paying attention to GME, are going to remember how you stuck up for the firms that ruined so many of us, and tried to tear down the little guys," he said. "I know for sure I'll remember this."

READ:  Busta Rhymes Says His Stomach Was 'Duct Taped Down' For Music Video

To the Baby Boomers, who are "just now paying attention to these 'millennial blog posts', he called on them to join the cause.

"You realize that, even if you weren't adversely effected by the '08 crash, your children and perhaps grandchildren most likely were? We're not enemies, we're on the same side," he wrote.

"Stop listening to the media that's making us out to be market destroyers, and start rooting for us, because we have a once in a lifetime opportunity to punish the sort of people who caused so much pain and stress a decade ago, and we're taking that opportunity."

"You really want to choose them, over your own family and friends? We're not asking you to risk your 401k or retirement fund on a single GME bet. We're just asking you to be understanding, supportive, and to not support the people that caused so much suffering a decade ago."

Finally, to his fellow Redditors taking part in the financial rebellion, he said thank you.

"You all are amazing. I imagine that I'm not the only one that this is personal for," he said. "I've read myself so many posts on what you guys went through during the '08 crash."

"Whether you're here for the gains, to stick it to the man as I am, or just to be part of a potentially market changing movement - thank you. Each and every one of you are the reason that we have this chance."

He concluded: "I've never felt this optimistic about the future before. This is life changing amounts of money for so many of you, and to be part of a rare instance of a wealth distribution from the rich to the poor is just incredible. I love you all."

READ:  ‘Scandal’ Cast: Where Are They Now?

On Thursday, the high-flying GameStop share price finally did plummet — but not because Redditors lost their nerve.

The Robinhood app — which allows such normal Joes trade with the big guys, and which until this point had prided itself on just that — halted trading on GME and similar shares in an attempt to stem the upheaval... prompting outrage from just about every corner.

Barstool Sports founder David Portnoy called the move almost certainly criminal, while even Ted Cruz and Alexandria Ocasio-Cortez were on the same page about it.

Over on Twitter meanwhile, 10k people found this breakdown of the GameStop saga very helpful:

A thread about GameStop:

Big hedge funds made big bets that GameStop’s stock was overvalued. The way these bets work is the hedge fund borrows shares of the stock and sells those borrowed shares.