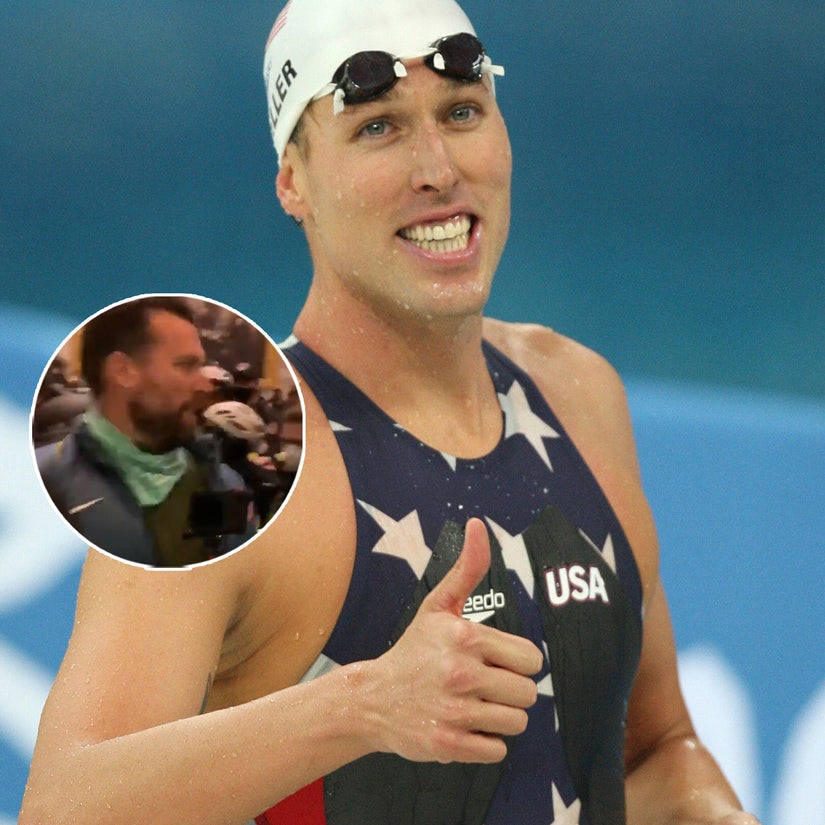 Klete Keller, who competed at the Summer Olympics in 2000, 2004 and 2008, was charged with obstructing law enforcement, knowingly entering or remaining in any restricted building or grounds without lawful authority and violent entry and disorderly conduct on Capitol grounds, according to documents.

It is unclear if Keller has been taken into custody at this time.

In a viral video of the horrifying events unfolding inside the building's Rotunda, a man identified as Keller is seen standing in the middle of the vicious mob.

Several of his former teammates and coaches identified the 6-foot-6 athlete by his stature and the fact he was wearing a "Team USA" jacket, according to The New York Times and The Washington Post.

An F.B.I. agent claimed additional videos aided in confirming Keller's presence at the siege as well, per The Times. His Colorado driver's license also was used to identify him.

Keller was first reported as participating in the attacks by swimming website SwimSwam on Monday.

Later that day, a spokesperson for USA Swimming released a statement, saying, "We were not aware of this and cannot confirm its accuracy. We respect private individuals' and groups' rights to peacefully protest but in no way condone the actions taken by those at the Capitol last week."

Trump supporters fought back after Capitol Police moved in to retake the Rotunda. pic.twitter.com/4e7mNyqWZy

READ:  These Bath & Spa Gifts Might Actually Relax You In 2020

After the Olympics, Keller appeared to fall on hard times, including a divorce in 2014, living out of his van for 10 months and losing his job.

"All those years of success I had with swimming really gave me an inaccurate expectation of the world, and so it was all the much harder to cope with all of the mini-failures I would experience on any given day," he said on an Olympic Channel podcast. "Everything kind of started spiraling out of control. I think I became a real lazy, spoiled, entitled person because I didn't have the coping skills."

Even Geraldo Rivera Has Turned on Donald Trump

According to SwimSwam, Keller often posted pro-Trump messages on his social media accounts, which have now been deleted.

"Hoff & Leigh supports the right of free speech and lawful protest," the statement also read. "But we cannot condone actions that violate the rule of law."