Olivia Rodrigo’s teen-heartache anthem ‘Drivers License’ is not only for those who’ve just gotten their learner’s permits in life.As per a Saturday Night Live sketch, guest host Regé-Jean Page and much of the show’s male cast bonded over the ballad’s s…

Olivia Rodrigo's teen-heartache anthem 'Drivers License' is not only for those who've just gotten their learner's permits in life.

As per a Saturday Night Live sketch, guest host Regé-Jean Page and much of the show's male cast bonded over the ballad's supposed power to rend the hearts of even hardened barflies.

Rodrigo, who turned 18 on Saturday, took to Twitter to send an immediate thank-you card for the sketch: "DRIVERS LICENSE SNL SKETCH IS THE BEST BIRTHDAY PRESENT EVER IM SHAKING."

"Sounds like some teen girl singing in her room with a piano," said Pete Davidson's pool-playing character, hearing the song come over a jukebox.

"Hey, that's the beauty of it," responded Page. "You got a problem?"

The more Rodrigo-savvy among the drinking buddies educate the newbies about which set of High School Musical actors the song is about — Davidson is quickly disabused of his notions that it might involve "Sharpay, that whole crew" — with an especially enthusiastic Page noting that "she's got a healthy belt".

"I don't want to say anything too controversial, but this is giving me Billie Eilish vibes," says Alex Moffat.

"Yeah yeah yeah, but the verses are starting to say... Taylor?" suggests Davidson. 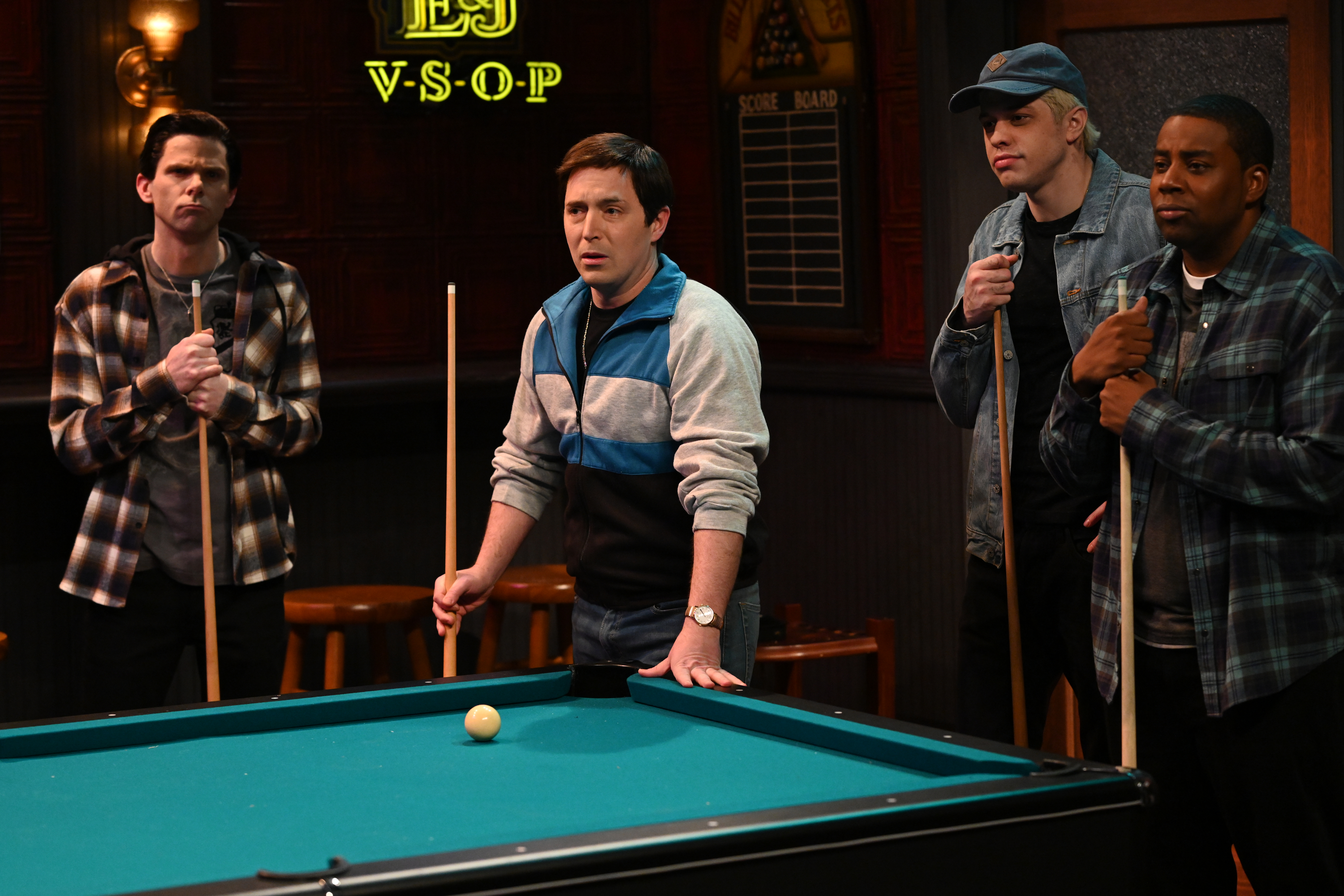 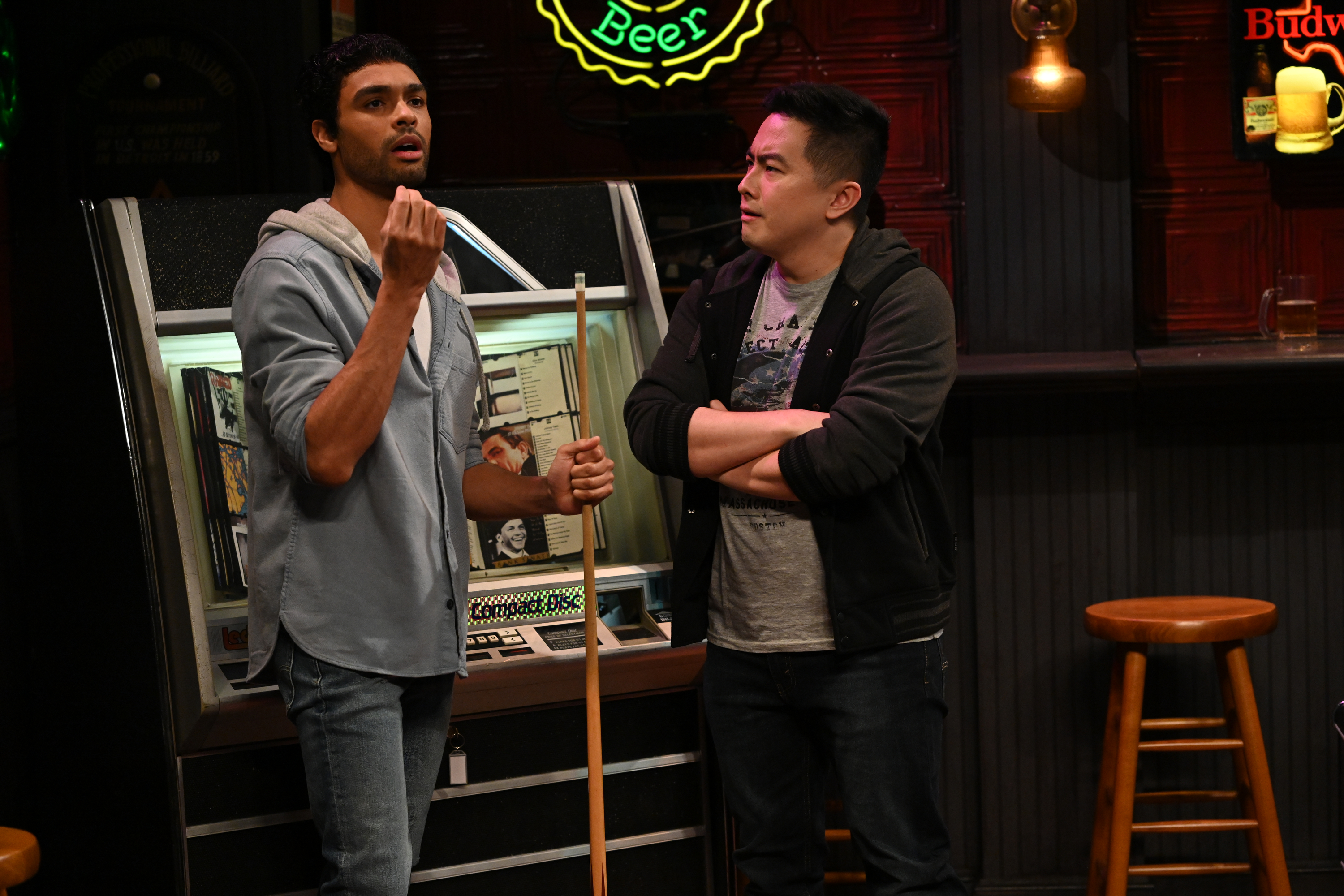 "It's got me thinking about my breakup," says Mikey Day, "like maybe I'm Olivia and my bitch ex Gina is Joshua Bassett. And Sabrina Carpenter, that's that bastard Enzo from the garage."

The subject returns to exegeting Swift's recent output as well as Rodrigo's singular smash: "Taylor has shifted away from the autobiographical, and now she's in the pocket creatively," contends Page. "Look at 'Folklore,' man. Ultimately she's a frickin' storyteller... With you being purposely reductive, I got a problem."

READ:  And Just Like That...: All the Behind-the-Scenes Snaps from Sex and the City Revival

Kate McKinnon, as a seventy-something man, triggers the inevitable group singalong by warning, "We're about to get the bridge of our lives, OK?," as Bowen Yang leaps in front of the pool table for an interpretive dance. 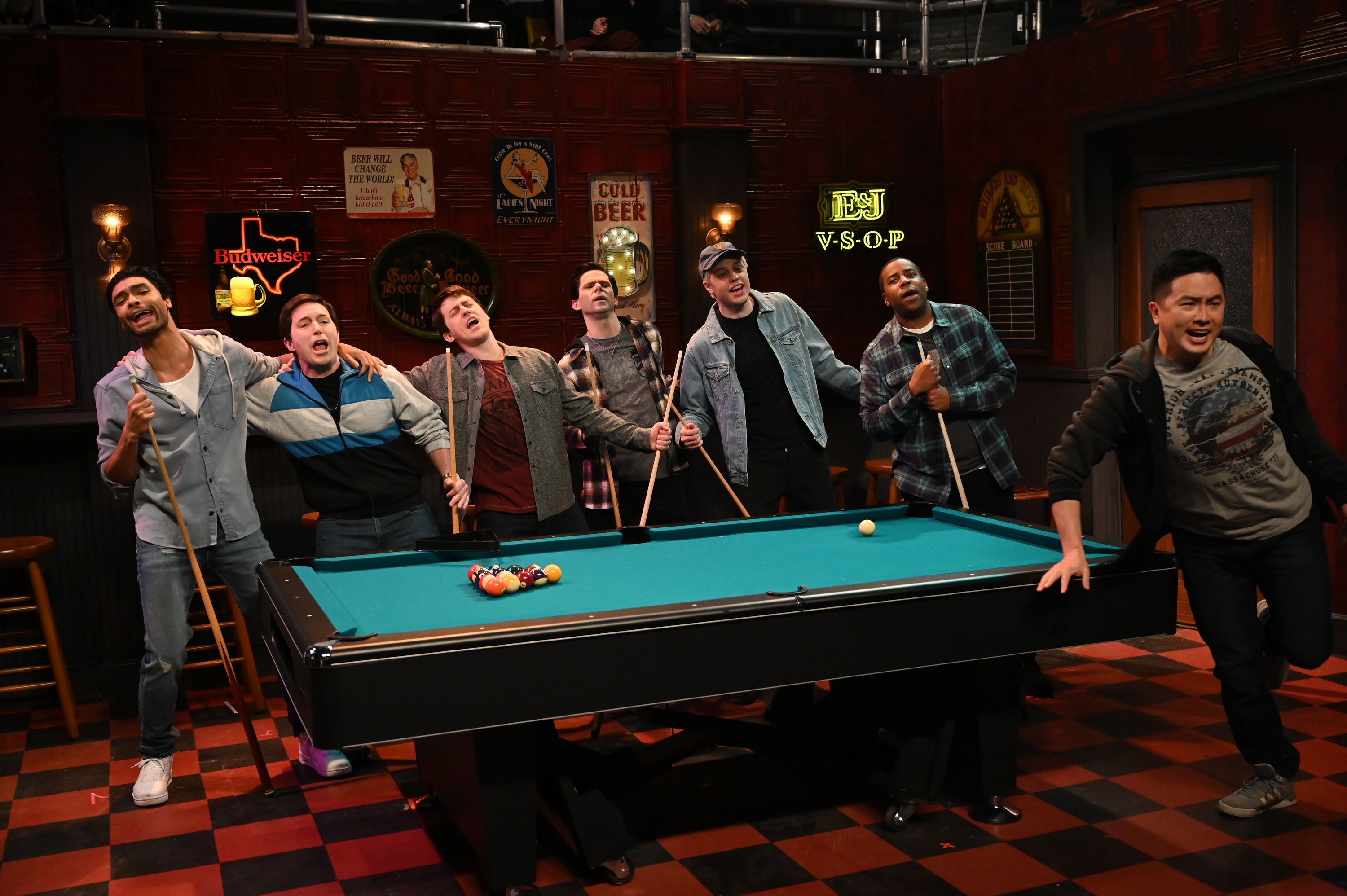 Rodrigo celebrated another milestone on her birthday — a rite of passage enjoyed by no others on any birthday.