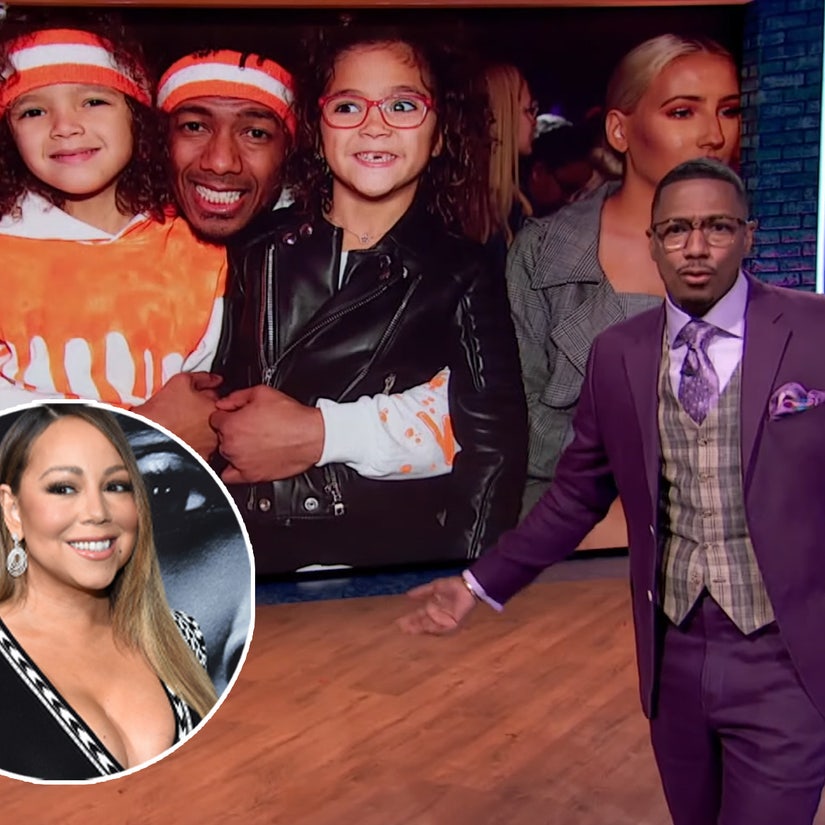 The actor bought his twins Moroccan and Monroe this present for their 10th birthday -- despite Carey previously shutting down the idea.

Nick Cannon gave his oldest twins a gift for their 10th birthday that their mom Mariah Carey wasn't too happy about.

As shown in a preview clip of an upcoming episode of his daytime talk show, "Nick Cannon," the comedian asked what the appropriate age was for kids to have cellphones.

After asking his audience the question, Cannon, 40, shared that he bought his and Carey's 10-year-old twins -- son Moroccan and daughter Monroe -- cellphones for their birthday back in April. However, the actor admitted that he sneakily gifted them the phones despite his ex-wife having previously shut down the idea.

"My oldest twins Roc and Roe wanted a cellphone at 8," Cannon said to his audience. "And they have iPads and I was all for it. I'm all about it, but Mariah was like, 'Uh-huh. They ain't gonna be Googling us, nuh-uh, learning about all their new brothers and sisters, no we ain't playing.'"

Although Carey, 52, didn't approve, Cannon said he still "snuck" them the phones.

"We had this amazing party with jump jumps, their friends came, it was so amazing," he continued. "[Then when] it was time to open the gifts, I was like, 'I'm gonna leave these right here and tell your mama I'll be back.' Mariah is still mad at me to this day."

Cannon added, "I'm sorry. I think the kids should have cell phones. ... Forgive me, Mariah. Forgive me!"

Check out the preview clip above. The full episode airs on October 11.

Cannon and Carey tied the knot in 2008. The former couple separated in 2014 and their divorce was finalized in 2016.

Cannon has a total of seven children, including the twins he shares with Carey. "The Masked Singer" host welcomed his seventh child, son Zen, with Alyssa Scott in July. The baby's birth came less than two weeks after the arrival of his fifth and sixth kids -- twins Zion and Zillion -- whom he shares with Abby De La Rosa. Meanwhile, Cannon also shares two children with Brittany Bell: son Golden, 4, and daughter Powerful, who was born last December.