Have a scan through these scannáin.
This year, St. Patrick’s Day may not involve getting decked out in green and gathering with your closest friends at an Irish pub — but it certainly can still be festive! Instead of heading out,… 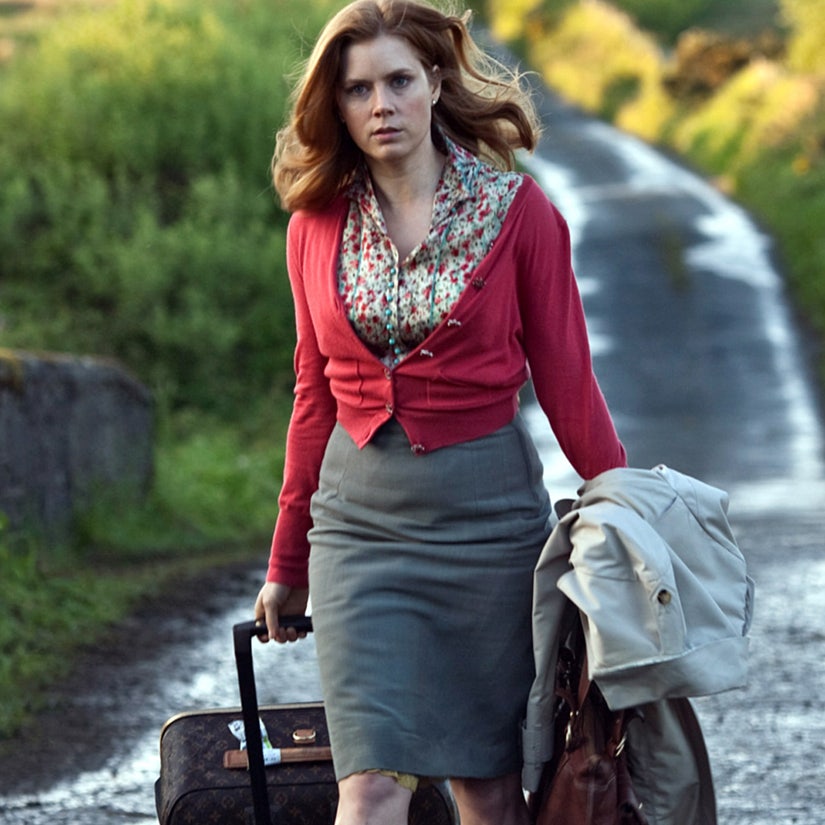 Have a scan through these scannáin.

This year, St. Patrick's Day may not involve getting decked out in green and gathering with your closest friends at an Irish pub — but it certainly can still be festive! Instead of heading out, create a fun night in with your family or roommates by cooking some Irish cuisine, and maybe a few beers (if you're old enough!), and watching one of these Irish-themed flicks. Some are shmaltzy nonsense, some are genuine Irish gems — but all of them are guaranteed craic.

Here's what you should be watching on Paddy's Day...

If you grew up in the early 2000s, there's a good chance you caught "Luck of the Irish" when it premiered on Disney Channel. The flick follows a teen who's always had some extraordinary luck thanks to his golden pot-of-gold charm. But when he loses it, he discovers the truth about his family's heritage and that he's actually part leprechaun. He must defeat the thief who stole the charm before he gains control of all the leprechauns and along the way, he discovers he's capable of making his own luck.

Watch it on Disney+.

Oscar-nominated animated film "The Secret of Kells" is perfect for families looking for something to watch on St. Patrick's Day. The magical tale follows a young boy who escapes to a monastery, working as an apprentice in the scriptorium. Meanwhile, his uncle prepares a fortress in the remote Irish woods ahead of an impending attack by a Viking war party. As the Vikings approach, a revered illuminator shows up at the monastery to recruit the young monk to complete a series of dangerous, magical tasks...

"Leap Year" follows Anna (Amy Adams), a young woman who has been anxiously waiting for her boyfriend to propose. When another anniversary passes without him popping the question, Anna decides to take matters into her own hands and follow a Celtic tradition that allows women to propose on February 29th. She follows her boyfriend to Dublin to get down on one knee, but ends up on the other side of Ireland with a new potential suitor...

"Song of the Sea" is an Oscar-nominated animated tale inspired by Irish myth and folklore, telling the story of Ben and his mute little sister Saoirse – the last Seal-child. The duo embark on a journey across a land of ancient legend and magic in an attempt to return to their home by the sea.

Dark comedy "Waking Ned Devine" takes place in a small Irish village, where one of its inhabitants is discovered to have won the lottery. When a pair of friends finally find the winner, he has unfortunately died of shock. Since he's the only one who can claim the prize, the townsfolk band together to convince the claim inspector that one of the friends is the real winner, and split the cash.

Watch it on Hulu.

If you're looking for a tearjerker, "P.S. I Love You" will have your eyes watering, if not for the touching storyline, then at the stunning landscape of Ireland. The film follows recently widowed Holly (Hilary Swank) who receives a series of letters from her late husband Gerry (Gerard Butler) after his passing. The letters set her on a journey that leads her to Ireland to start a new life while she overcomes her grief.

In "Sing Street," the recession hits Dublin in the 1980s and Connor is moved from his private school to a tough inner-city alternative. To escape his strained family life and underwhelming school experience, he starts a band in the hopes of impressing the mysterious girl he likes. The music alone makes this film worth the watch.

For those looking for a historical flick, "Michael Collins" is loosely based on the man of the same name, who led the Irish Republican Army in a battle for Ireland's independence from Britain. But when he fears his revolution will be defeated, he negotiates a treaty with the British, deeming him a traitor to the IRA. When he receives orders to murder his friends, Michael must decide where his loyalties lie.

Emily Blunt and Jamie Dornan star in "Wild Mountain Thyme," which follows an Irish farmer who has her heart set on winning her neighbor's love. Unfortunately, he seems to have inherited a family curse and is completely unaware of her infatuation. When he discovers his father's plans to sell his farm to his American nephew, he is jolted into pursuing his dreams.

"Once" follows a vacuum repairman in Dublin, Ireland who spends his spare time as a street musician hoping for his big break. After meeting a Czech immigrant who is also an aspiring singer-songwriter, the duo decide to collaborate and the music they compose reflects the story of their blossoming love. The theme song "Falling Slowly" landed stars Glen Hansard and Markéta Irglová the Academy Award for Best Original Song.

READ:  Birdman Thinks YoungBoy NBA Will Be the Biggest Rapper

Based on the legendary Roddy Doyle novel. Jimmy Rabbitte aspires to manage the world's greatest band and as a self-proclaimed promoter, decides to organize an R&B group in his home of Dublin, Ireland. Despite the group coming together with little experience with the genre, they gain notoriety, only to fall apart in a clash of egos as they prepare for their big show.

"Brooklyn" tells the story of a young Irish immigrant who is lured by the promise of America and finds herself navigating her way through Brooklyn in the 1950s. She's swept off her feet by the charm of new love, pushing aside her feelings of homesickness. But soon, her past disrupts her present and she must choose between two countries and those who mean the most to her. The film earned three Oscar nominations including Best Picture, Best Adapted Screenplay and Best Actress, for Saoirse Ronan.

Fans of Jennifer Aniston may not remember her very first appearance, in 1993 horror comedy "Leprechaun," which centers on a murderous leprechaun called Lubdan, who, when his gold is taken from him, resorts to any means necessary to reclaim it.

Watch it on Peacock.