“These are living, breathing, bleeding people that you’re talking about. They’re not just a category.”
“Mortal Kombat” star Ludi Lin is using his platform to speak out against the rise in violence against the Asian community, hat… 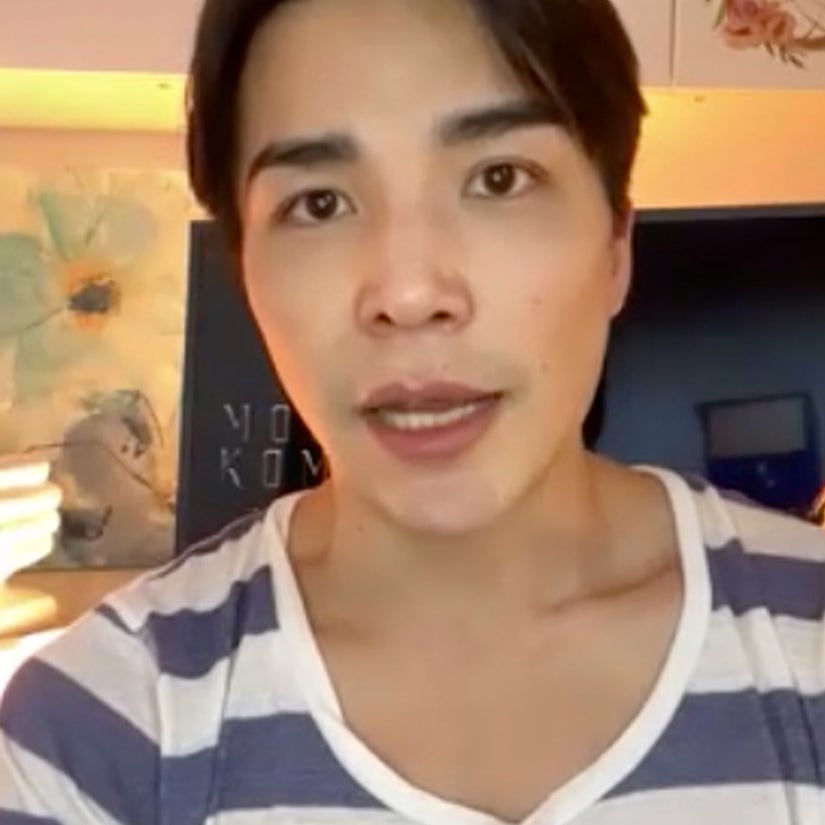 "These are living, breathing, bleeding people that you're talking about. They're not just a category."

"Mortal Kombat" star Ludi Lin is using his platform to speak out against the rise in violence against the Asian community, hateful attacks which have coincided with racist rhetoric during the ongoing coronavirus pandemic.

This week, nine people were shot and eight people were killed at three different massage parlors in Georgia. Six of the victims were Asian women. The eight victims were identified by authorities as Delaina Yaun, 33; Paul Andre Michaels, 54; Xiaojie Tan, 49; Daoyou Feng, 44; Soon C. Park, 74; Hyun J. Grant, 51; Suncha Kim, 69; and 63-year-old Yong A. Yue. The shooter has been charged with eight counts of murder.

While speaking with TooFab about his role in the upcoming "Mortal Kombat" film, Lin -- who was born in China before moving to both Australia and Canada -- addressed the #StopAsianHate movement and importance of both representation and visibility.

"In order to find out what you need, you really need to look in the places that are most difficult," he said, "and this, I can't imagine anything being more difficult than this at this time. We need to talk about it."

While he noted he was still "going through the stages of mourning and grieving" himself, Lin said it's time to not only process what's happening, but turn it "into something that's more useful and more productive and for us to progress."

"I know one thing that really touches me -- it speaks to the strength of our community and the like-minded people that are out there -- that when I'm doing check-ins with my friends to make sure they're alright and how they're processing all this, they say that, 'I'm okay, I just hope my loved ones are okay,'" he explained. "We're always thinking about somebody else."

READ:  Beautiful Woman Knocked Out In Walmart Fight Over The Last PS5!! (Video)

Though he said everyone will process the "maliciousness and evil" in the world right now in their own way, Lin said, for him, he has to "confront it and see what comes through that. I'd rather have my shadow in front of me where it's seen, then try and leave it behind me where it can swallow me whole."

Lin also stressed the importance of humanizing the Asian community in times like this.

"When you say the word 'Asian,' try to put 'people' after it. Say 'an Asian person' or 'Asian people.' These are living, breathing, bleeding people that you're talking about. They're not just a category," he explained. "They have loved ones and sons and daughters. Humanize them. In this entire world, there is no other. For us to move forward, we need to learn the stories of what other people are really like. From now on, when I make projects, I want to make it for the world and not just a very small, specific population."

When it comes to the roles he's chosen in the past, he hopes he's seen as more than just a stereotype.

"For myself, what I can do, this is why I choose projects like 'Mortal Kombat' and projects like 'Kung-Fu' and how I started with 'Power Rangers,' because it paints a different image and more complex image of an Asian person that people usually see and it breaks the stereotype," he explained.

"Making these projects and getting these complex and different and unique Asian characters out there, it's harder for people to put them in the context of 'other,'" he added. "As long as you're not 'Other,' it's harder to do these very inhumane and dehumanizing things to people. I think that's very important."