Instagram star Sydney Chase has now received a cease-and-desist letter sent from Tristan Thompson’s lawyer one day after claiming she never received it.Yesterday, the 23-year-old model — who claims she had a sexual encounter with the NBA star and Khloé…

Instagram star Sydney Chase has now received a cease-and-desist letter sent from Tristan Thompson's lawyer one day after claiming she never received it.

Yesterday, the 23-year-old model — who claims she had a sexual encounter with the NBA star and Khloé Kardashian's boyfriend back in January — said reports she was sent the legal letter were "false" as Thompson never pursued legal action against her.

However, she has now discovered the letter was indeed sent but to an email account she rarely monitors.

"I finally received the cease & desist hours after I made my post online," she updated fans on her Instagram Story earlier today. "It was first sent to an email I no longer use." 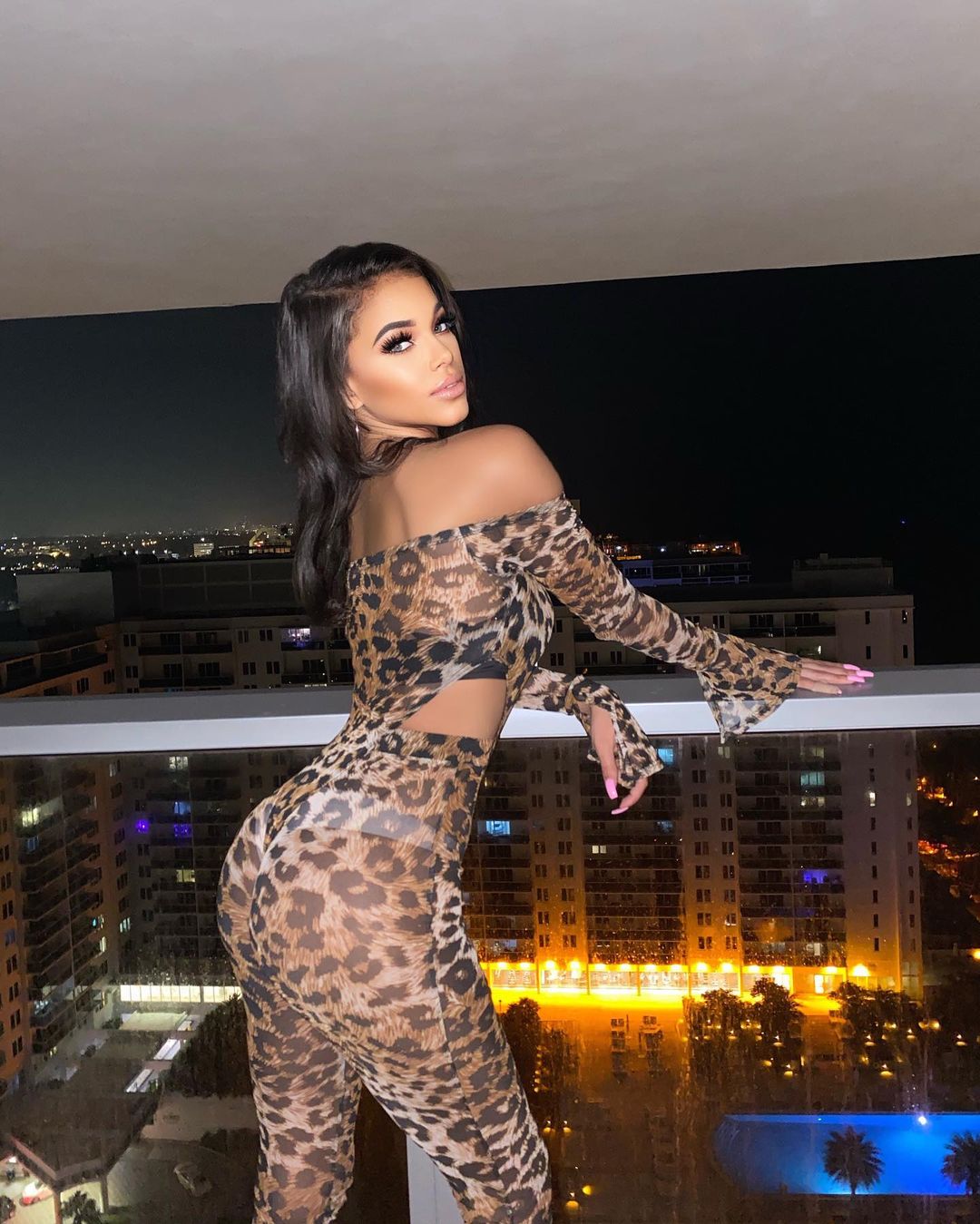 But Chase doubled down on her comments yesterday that she won't be silenced and intimidated by Thompson's lawyer, Marty Singer, or the wealthy Kardashian family. In her latest post, she said won't be painted a liar and will continue to share her alleged experience with the Bolton Celtics player.

"However I'm moving forward with the truth & am choosing not to comply," she defiantly wrote. "I will not be called a liar." 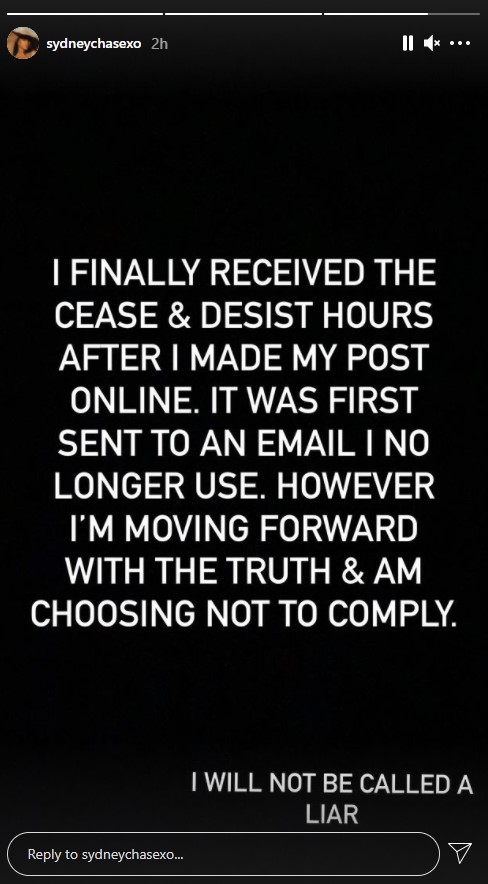 It was just last week Chase claimed she and Thompson had a fling back in January. He allegedly told her he was not in a relationship with Kardashian, the mother of his three-year-old daughter, True. But Chase later discovered the pair were in the process of reconciling.

"He told me he was not in a relationship anymore, so I said OK," she alleged on the No Jumper podcast on April 23. "We talked, we hung out multiple times, we went out together, everything. It happened, and then I found out he was not single, and I cut him off."

READ:  17 Stylish Necklaces That Can Instantly Elevate Any Outfit 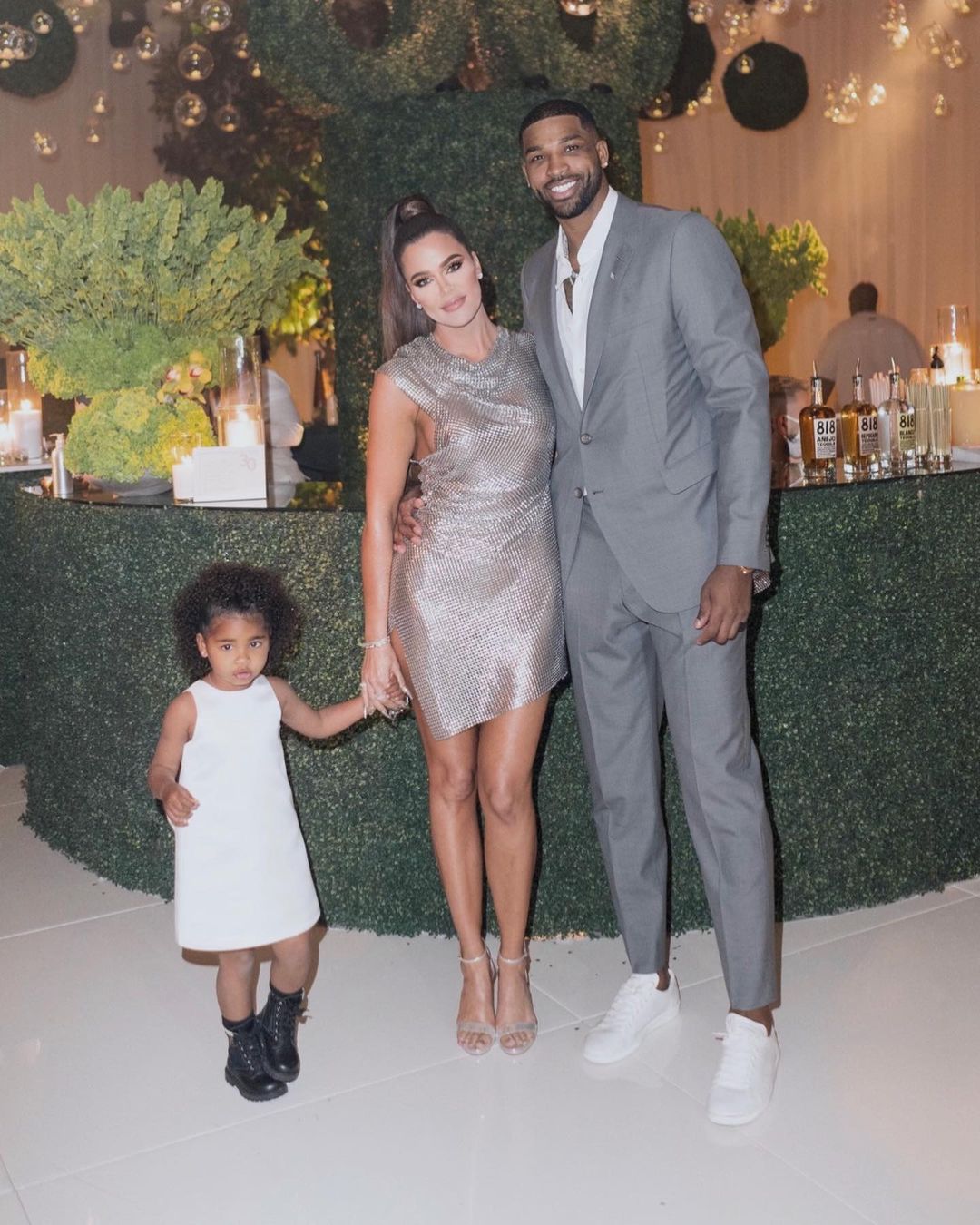 While Chase reportedly won't comply with the legal document, one person who will is No Jumper host Adam John Grandmaison, who has since deleted the podcast.

"Yeah, we got a cease-and-desist and deleted it," Grandmaison told Page Six yesterday. "Honestly, I wouldn't have posted it in the first place if I knew it was going to mess up a relationship."

The letter Grandmaison received from Thompson's lawyer read: "You recklessly allowed Ms. Chase to make outlandish false statements about my client on the podcast without seeking to verify her claims in any way."

The letter reportedly went on to directly address Chase: "It is obvious that you are a liar. Your claim that you had a relationship with Mr. Thompson is pure fiction. The purported texts you claim exist are equally fictitious, and they put words in my client's mouth that he never said that are contrary to his thoughts and feelings. This is defamatory."