McCain reveals her “not rational” fears and how Elizabeth Warren offered support through her pregnancy.
Meghan McCain crossed party lines on “The View” Tuesday to show support for a cause close to Elizabeth Warren’s heart — and … 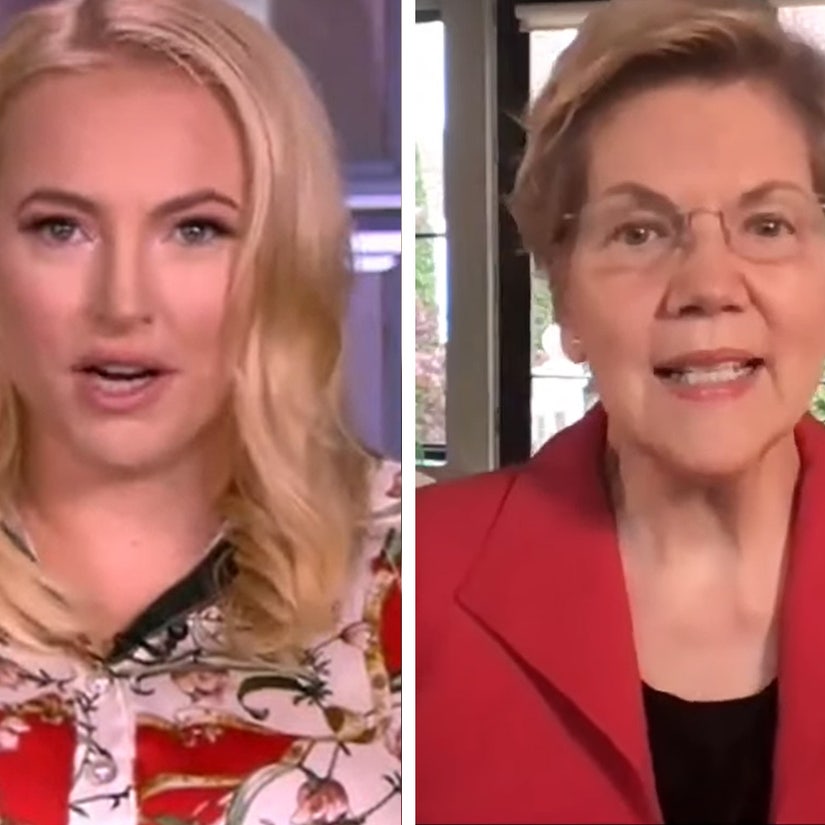 McCain reveals her "not rational" fears and how Elizabeth Warren offered support through her pregnancy.

Meghan McCain crossed party lines on "The View" Tuesday to show support for a cause close to Elizabeth Warren's heart -- and urged more Republicans to do the same.

The Democratic senator from Massachusetts was a guest to talk about her new book, "Persist," and her mission to get national paid family leave and child care support. It's a personal subject for Warren, who said she was close to losing an early job as a teacher when she couldn't get childcare.

McCain took the conversation to a personal level for her as well, as she revealed how Warren was there for her during her pregnancy.

"We texted each other when I was pregnant and then after I gave birth and I was very scared. I was very hormonal and for some reason you were a lovely person for me to talk to these feelings about," said McCain.

"I actually was scared I would be fired for being pregnant," she said, noting that it's "not rational." She added that if she -- "a cohost of this big show and I work for ABC and Disney" -- was worried about losing her job, then this should be an issue for everyone to be concerned about.

Noting that conservatives "should be caring about the family and caring about women and caring about how people are treated in companies," McCain said she's "actually been disappointed more Republicans haven't gotten on board" with Warren's push.

"I can honestly say you've put your money where your mouth is, you care about women, I'm a republican, you cared about how I was feeling," added the host, before asking their guest how she believed they could get more Republicans on board with national paid family leave and child care support.

READ:  Michelle Young Tells 1 Man She’s ‘in Love’ With Him Amid Fantasy Suites

"When I gave birth, I actually had post-natal preeclampsia and I was in the hospital for a week after on a magnesium drip. It really, really kicked my butt," she said. "I was planning on coming back to the show for the election, six weeks after I gave birth, and I was physically unable to. I was physically unable to come. I had to have my husband and mother-in-law help me do everything from shower to eat, it was deeply humbling, to help me take care of Liberty."

As she came to terms with her own privilege, she began to get angry there were women in America who didn't have "the same kind of luxury I have working here at 'The View'" when it comes to time off after giving birth.

"Then I started getting more and more angry that conservatives, in particular -- given we are the party of family values and everything about our ideology stems from the nucleus of the family -- that we are leaving women in this country without the capacity and ability, unless you have an employer that allows you to, to take care of your child, to heal physically."

READ:  Why Ashley Iaconetti, Jared Haibon Are Living Apart Ahead of Baby's Arrival

Saying that "maybe it takes personal experience sometimes to get on board" with an idea, McCain said she hoped every woman on "The View" would help make paid maternity leave an initiative for the show in 2021. She also vowed to hold lawmakers who appeared on the show to the fire on the issue.