Here’s the sad story behind what the public thought was a fairytale.

Those who watched her Oprah special may have been shocked to learn that Meghan Markle‘s Royal Albert Hall photos in 2018 were taken just hours after she told her husband, Prince Harry, that she “didn’t want to be alive” anymore.

The Duke and Duchess of Sussex were interviewed by Oprah Winfrey for CBS’ Oprah With Meghan and Harry: A CBS Primetime Special on Sunday, March 7, where they opened up about their relationship with the British royal family. During the interview, Meghan revealed that she became suicidal in 2019 and wanted to seek mental health treatment due to the negative press about her from the U.K. media.

“I just didn’t see a solution. I would sit up at night, and I was just, like, I don’t understand how all of this is being churned out,” she said. “I realized that it was all happening just because I was breathing. I was really ashamed to say it at the time and ashamed to have to admit it to Harry, especially, because I know how much loss he’s suffered. But I knew that if I didn’t say it, that I would do it. I just didn’t want to be alive anymore. And that was a very clear and real and frightening constant thought.” 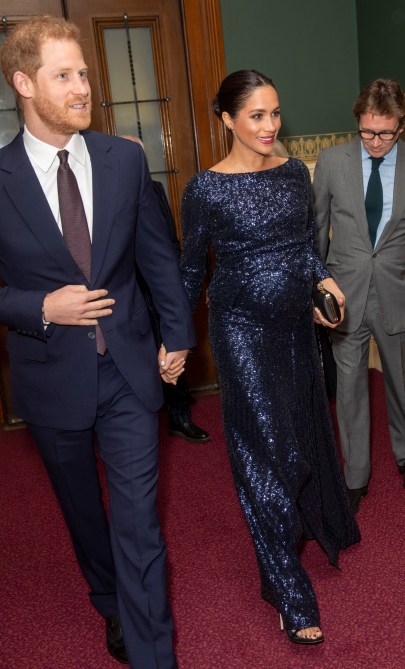 Meghan, who confessed that Harry “went in to a dark place as well” from her depression, also told Oprah that she went to the royal family for mental health assistance but was turned away because she’s a member of the royal family and not a paid employee at Kensington Palace. “I said that I’ve never felt this way before, and I need to go somewhere. And I was told that I couldn’t, that it wouldn’t be good for the institution,”  Meghan said. “They said, ‘My heart goes out to you, but there’s nothing we can do to protect you because you’re not a paid employee of the institution.”

READ:  And Just Like That, SJP’s ‘Vogue’ Cover Took My Breath Away

Hours after she told Harry about her suicidal thoughts, Meghan revealed that the couple were set to attend the premiere of the Cirque du Soleil’s Totem show, which was in support of the Sentebale charity, at Royal Albert Hall in London. When Harry questioned whether Meghan should attend due to her mental state, Meghan recalled telling her husband, “I can’t be left alone.”

As for the event, Meghan realized just how much the public didn’t know about what happened behind closed doors when a friend texted her about how “great” she and Harry looked. “One of the things that still haunts me is this photograph that someone had sent me, we had to go to an official event at the Royal Albert Hall,” Meghan said. “A friend said: ‘I know that you don’t look at pictures, but oh my God, you guys look so great’ and sent it to me.” 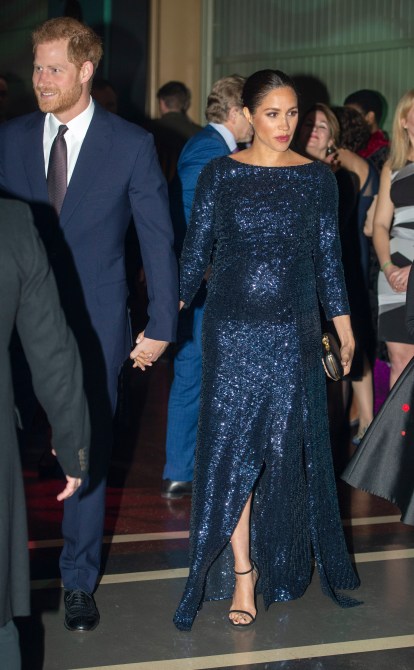 However, when Meghan looks at the photos herself, she revealed that she doesn’t see happiness but “how tightly [Harry’s] knuckles are gripped” around her hand. “[We were] both just trying to hold on,” she told Oprah. Meghan also revealed that she would cry every time the lights went down from her seats and stopped her tears once the lights came back on.

“Every time those lights went down in that royal box, I was just weeping,” she said. “[Harry] was gripping my hand and it was ‘OK an intermission’s coming, the lights are about to come on, everyone’s looking at us again…and you had to just be ‘on’ again.”

READ:  Aaron Rodgers Isn't Sure Which Family Members Will Be at Shailene Wedding

She continued, “You have no idea what’s going on for someone behind closed doors.  Even the people that smile the biggest smiles and shine the brightest lights, it seems.”

If you or someone you know is in emotional distress or considering suicide, call the National Suicide Prevention Lifeline at 1-800-273-TALK (8255).