The night of March 7 felt like Super Bowl Sunday. The Megan Markle and Prince Harry interview with Oprah Winfrey premiered in the UK on ITV, and, just like the Super Bowl – or an even bigger cosmic force – it made millions of us stop and watch. We all… 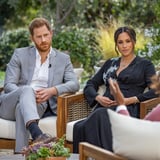 The night of March 7 felt like Super Bowl Sunday. The Megan Markle and Prince Harry interview with Oprah Winfrey premiered in the UK on ITV, and, just like the Super Bowl - or an even bigger cosmic force - it made millions of us stop and watch. We all tuned in to listen to the pain a woman endured, for entertainment, and something about that didn't sit right with me. It brought back triggering thoughts of June 2020, another instance when the world stopped and listened to countless Black voices retelling painful experiences of racial disparity. In over 1,200 years of the British monarchy's existence, there have been deafening stories of colonialism and racism. So when Meghan, a Black woman, entered the institution, I already had doubts about her success in the royal family and in the UK in general. I wasn't wrong.

When I moved to the UK from Canada, I had already been privy to rumors of the unique elements of overt and covert racism that exist here; so much so that as I watched Meghan detail everything she went through, I wasn't nearly as slack-jawed as I should have been. Yes, like you, I gasped and stared in awe, and my eyes welled with tears because the story she told sounded all too familiar. It wasn't until Harry spoke during the second half of the interview about Meghan being received well by the family initially - and shining during her duties on what they describe as a pivotal tour through Australia - that I came to a simple and definitive conclusion: when a Black woman rises beyond what society has deemed the appropriate ceiling for success and station, even if we don't want to admit it, race will always become a weaponized component waiting in the wings to bring her back to reality. I've seen and heard this story before.

When Black women ascend into spaces and positions that have systemically denied us access, then come the accusatory words like "diva," "bully," and "angry Black woman."

This isn't an ill-conceived thought to make anyone feel bad or a tawdry attempt to play the race card. It's a simple fact. During the uprisings in America last summer that were spurred by racially charged injustices and inequality, an infinite number of influential Black women divulged shocking and horrifying truths about their experiences in their successful positions. Just because they had reached the highest points of achievement did not mean they were exempt or protected from racism, microaggressions, and nasty comments. When Black women ascend into spaces and positions that have systemically denied us access, then come the accusatory words like "diva," "bully," and "angry Black woman." At one point during the interview, Meghan said, "They were willing to lie to protect other members of the family, but they weren't willing to tell the truth to protect me." It was a deeply telling statement.

"The Firm," as Meghan referred to it during the two-hour interview, was unwilling to negate or dispel the never-ending surge of polarizing tabloid headlines, racist Twitter memes, lies about diva-like behavior, and rifts between Meghan and specific members of the family. When she ran to them about the terrifying thoughts of suicide plaguing her during her first pregnancy, there was still no help.

There is a deeper conversation to be had surrounding colorism within the Black community and an even deeper one about the things left unsaid about it in this interview.

Though I share nothing in common with Meghan in terms of status, station, or even her mixed background, I can relate to the simple fact that anti-Blackness is real. I cannot speak to her existence as a Black woman because we have lived two different lives, and yet we have both reaped the rewards from being on the lighter and "more palatable" side of Blackness than women who are darker skinned. Prior to this interview airing in America and the UK, I kept seeing tweets blatantly stating, "what if she were darker, it would have been worse," and, "she wouldn't even have been allowed to marry Harry." I recognized these tweets for what they were - confessions of our awareness that darker-skinned women experience colorism on a deeper and more volatile level; indications that had Meghan been darker, her skin tone would have granted her worse punishment. There is a deeper conversation to be had surrounding colorism within the Black community and an even deeper one about the things left unsaid about it in this interview.

Growing up in Jamaica, a Commonwealth country, I routinely heard my family speak highly of the British royals. My mother even has a photo of Queen Elizabeth in her living room that has spanned many decades, given its dated appearance. To be honest, I never truly understood the obsession. There was nothing in the institution that resonated with me, but for some reason, the people from my island home were always impressed by the members of the monarchy's comings and goings, which I really believe has something to do with the fairy-tale aspect of it all. The fact that these types of people exist in the modern world had a dazzling effect on my family, it seemed. This was the same dazzling effect that enveloped the world when Meghan and Harry got married, and even then, I still couldn't see myself reflected in what was happening.

This interview, however, showed many facets of my own experiences in Europe that only another Black woman would understand. The royal family is an institution as old as time. It has always been beautifully silent, but this doesn't mean it is beyond reprove. This is the second time in history that the gilded gates have unwillingly opened, and we have witnessed shocking details of a life being failed and unprotected by the monarchy - hopefully this time will enact some sort of change.