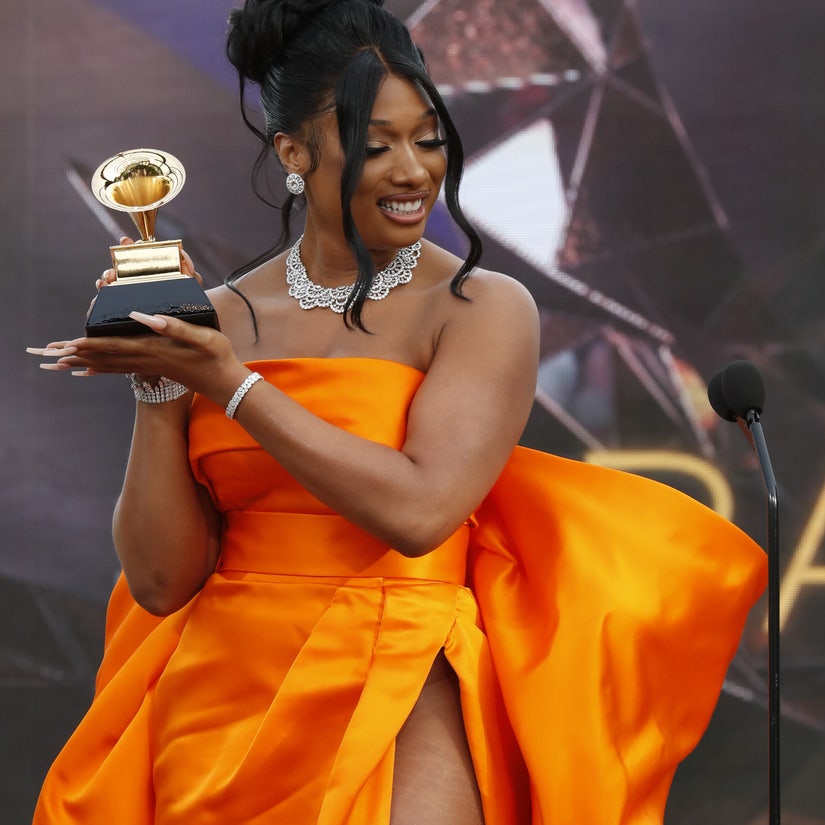 Lauryn Hill was the only other female rapper to ever do it.

Megan Thee Stallion was in pretty good company at Sunday night's Grammys when she became only the second ever female rapper to win Best New Artist — 22 years after Lauryn Hill broke the mold.

The "Savage" hitmaker was clearly emotional as she was pulled from the envelope by a very giddy Lizzo, edging out a talent-packed category featuring Ingrid Andress, Phoebe Bridgers, Chika, Noah Cyrus, D Smoke, Doja Cat and Kaytranada.

Taking a moment before the honor sank in, Megan, dressed in a resplendent orange gown and matching face mask, made her way to the stage outside the Staples Center in LA, where she dedicated the gramophone to her late mom, Holly Thomas, who died of a brain tumor in 2019.

"Thank you to my mama," she said. "She's not here with me today, but I know she's here with me in spirit and she always believed I could do this."

Megan also paid tribute to her fellow nominees who, as show host Trevor Noah pointed out when introducing the night's opening televised award, will likely bounce back from the loss.

"It's an award that's been won by The Beatles, Mariah Carey, Christina Aguilera and John Legend," he announced.

"And it's been lost by Kendrick Lamar, Drake, Taylor Swift, Boys II Men and Elton John... so even if you lose it — you'll be a'ight."

Earlier in the day, Megan also snagged Best Rap Performance for "Savage" — the same track for which she is also nominated for Record of the Year.

Later in the show she returned to the podium with idol and collaborator Beyonce to claim Best Rap Song — tying the Queen Bey for most ever performer wins, 27, with Alison Krauss.