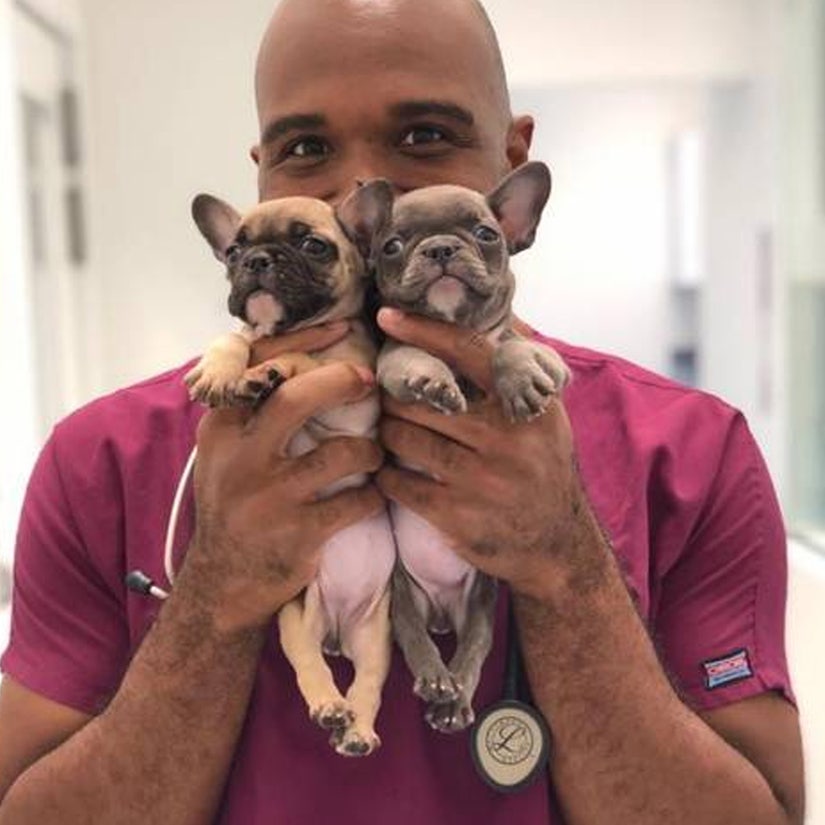 A Florida veterinarian has been arrested on charges of sexually abusing animals in his care.

Prentiss Madden, 40, the medical director of Caring Hands Animal Hospital in Aventura, was booked on Tuesday on charges of possession of child pornography also.

Madden is the first person to be charged under a new law signed in 2019 to combat the production of animal cruelty videos for sexual gratification, the Miami Herald reported.

According to a criminal complaint, federal investigators were tipped off by Dropbox that one of its users had received more than 1,600 files of suspected child pornography. They traced the images to Madden's home — and the hospital he oversaw.

Agents from U.S. Homeland Security Investigations raided his home on February 24, and seized his devices, on which they say they found private social media chats in which Madden discussed "the sexual abuse of animals and children."

In one conversation, Madden allegedly bragged about a sexual relationship with a 15-year-old boy from Orlando; in another he is said to have shared graphic images and details of him having sex with a dog, writing "I was keeping a dog that needed a home."

From digital evidence, investigators believe the videos were filmed at his home, and the animal hospital. "This leads me to believe that Madden may be abusing animals entrusted to his care," HSI Agent Leah Ortiz wrote in the complaint.

In a statement, the hospital said it fired Madden two weeks ago after learning about the investigation into "these heinous and unthinkable crimes."

READ:  Reality star Braunwyn Windham-Burke confirms she will have an 'open marriage' after coming out as gay

"Our legal team, and every single member of the Caring Hands family will be doing everything in our power to aid law enforcement and facilitate their investigation and prosecution," it said.

In his now-deleted profile on the hospital website, Madden described himself as the "proud pet parent" of a Shih Tzu dog named Lucky, and two Burmese pythons, Mocha and Sherbert.

If convicted, he faces up to 37 years in prison.