Mean Girls alum Jonathan Bennett has opened up about wedding planning with his fiancé Jaymes Vaughan.The couple grace the cover of The Knot’s latest issue, entitled ‘Pride & Joy’, where they reveal details of their impending nuptials and speak abou…

Mean Girls alum Jonathan Bennett has opened up about wedding planning with his fiancé Jaymes Vaughan.

The couple grace the cover of The Knot's latest issue, entitled 'Pride & Joy', where they reveal details of their impending nuptials and speak about their journey planning a same-sex wedding.

Bennett, 39, said one of the challenges faced by himself and Vaughan, 38, was that their first-choice venue declined to host their wedding due to the fact that they are gay. 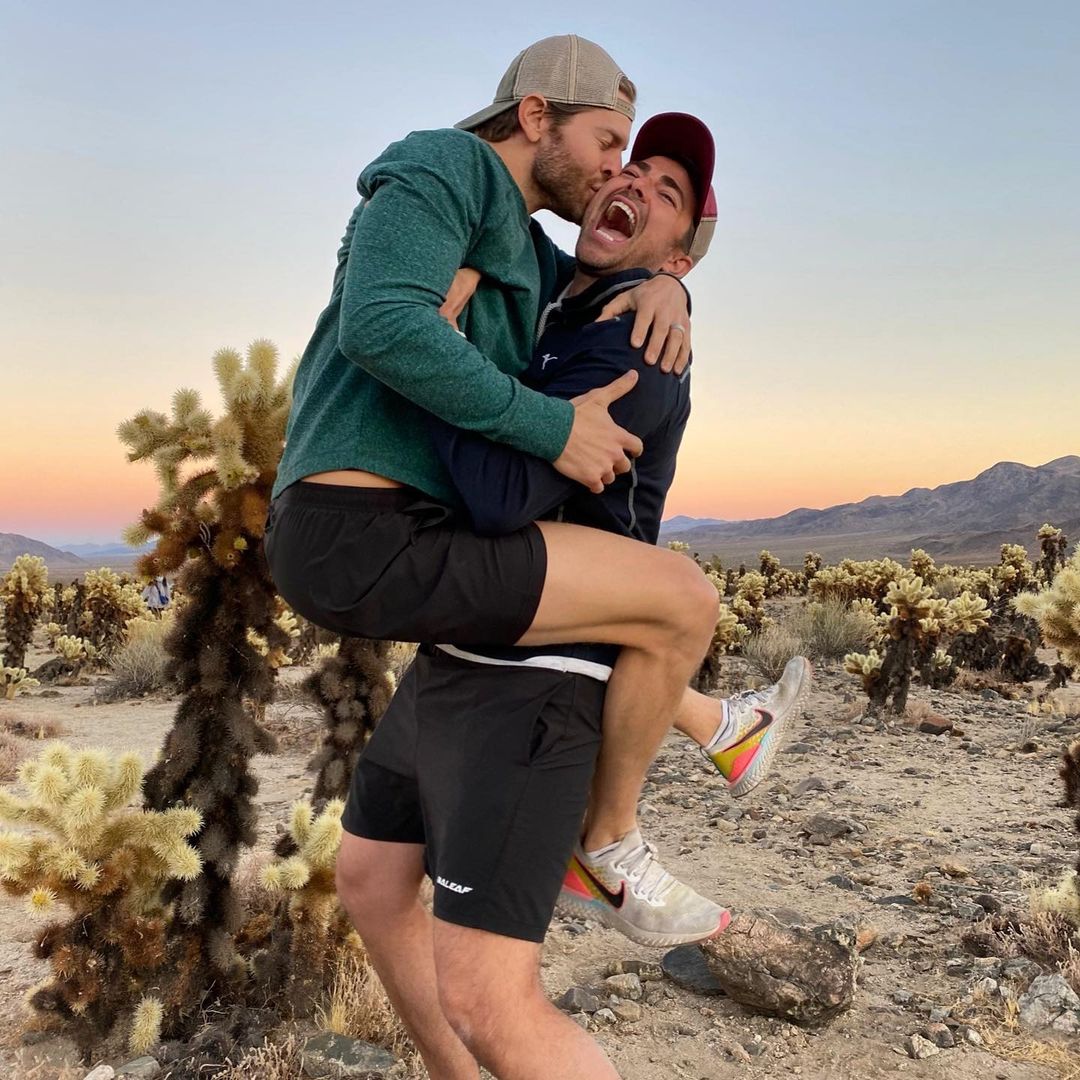 The actor alleges their ceremony at a Palace Resorts property in Mexico could not go forward due to the owner not morally agreeing with same-sex marriage.

"We got engaged, the owner said he couldn't marry us because we're two men and it goes against his morals," he said. "That was a sucker punch to the gut."

Bennett said it was "in that moment" that he and his television personality fiancé decided their wedding was "bigger than" themselves.

"It's about the LGBTQ+ community," he said. "We're really making a point to make this wedding very loud on purpose."

9Honey Celebrity has reached out to Palace Resorts for comment.

While the couple has not publicly announced a date for their ceremony, they revealed it would be at the UNICO Hotel, as through their social media and marketing, UNICO Hotel has shown the world it is a safe space for LGBTQI+ couples.

"We want to make sure that there's never a moment during the engagement or wedding planning journey that LGBTQ+ people aren't excited," Bennett said.

"We want to make sure that they are celebrated every moment and don't feel a sense of otherness. The otherness needs to be removed from gay weddings."

When Vaughan proposed to Bennett, he did so with a set of custom rings, which will double as their wedding rings.

"I knew we were both going to want to wear rings to say we're engaged," Vaughan said. "But it felt silly to have a ring that we didn't wear later".

Vaughan designed the rings, which are reversible, in partnership with Kay Jewelers.

He said he chose Kay Jewelers because they have "stores everywhere" and he wanted the LGBTQI+ community to know "that this safe space has been created." 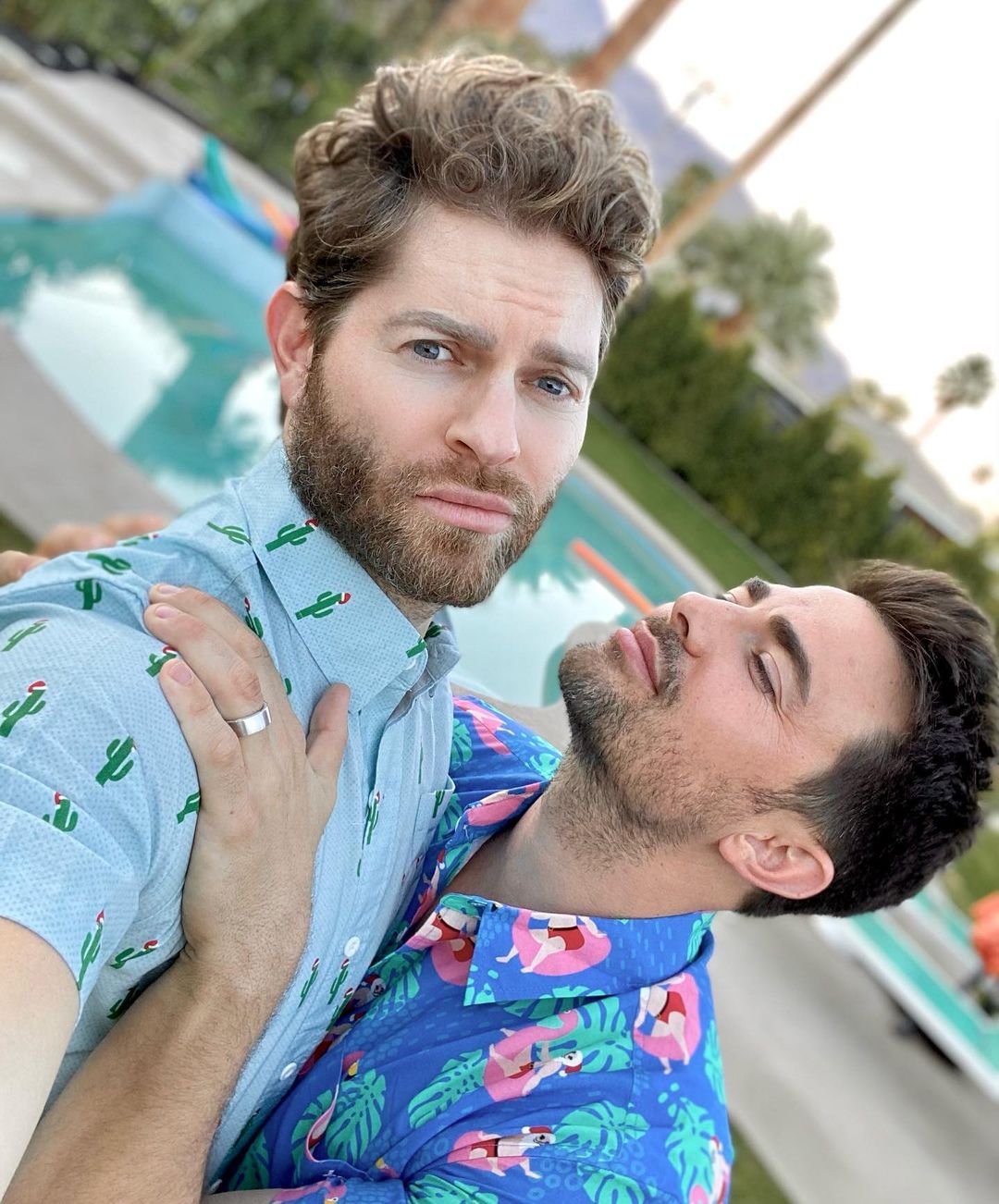 "When you wear the ring diamond-side out, the world sees we're engaged. When we get married, it flips and the diamonds face us, because my world is more beautiful with [Bennett] in it forever."

At the end of Vaughan's explanation, Bennett exclaimed "NAILED IT!"

Bennett says he is determined to highlight queer stories in his work and personal life.

"I want to get married to Jaymes and make sure our love is very loud for everyone to see," he said.

"We're doing a lot of firsts. I hope by doing all of this, it changes some hearts and minds and helps people in our community feel seen and represented."