Matt Damon has revealed he has a secret Instagram account, as well as the same tattoo as his late co-star Heath Ledger.In a cover story for GQ, the 50-year-old Silverwater star opened up about his “very private” social media accounts, as well as his co…

Matt Damon has revealed he has a secret Instagram account, as well as the same tattoo as his late co-star Heath Ledger.

In a cover story for GQ, the 50-year-old Silverwater star opened up about his "very private" social media accounts, as well as his collection of body art, for the first time.

READ MORE: Why do so many celebrities have fake Instagram accounts?

"I have 76 followers and I've done 40 posts since 2013," he revealed, noting his last photo was for his daughter Isabella's 15th birthday, in which she is holding up two middle fingers. "That's what she's been doing every time we take a picture of her nowadays." 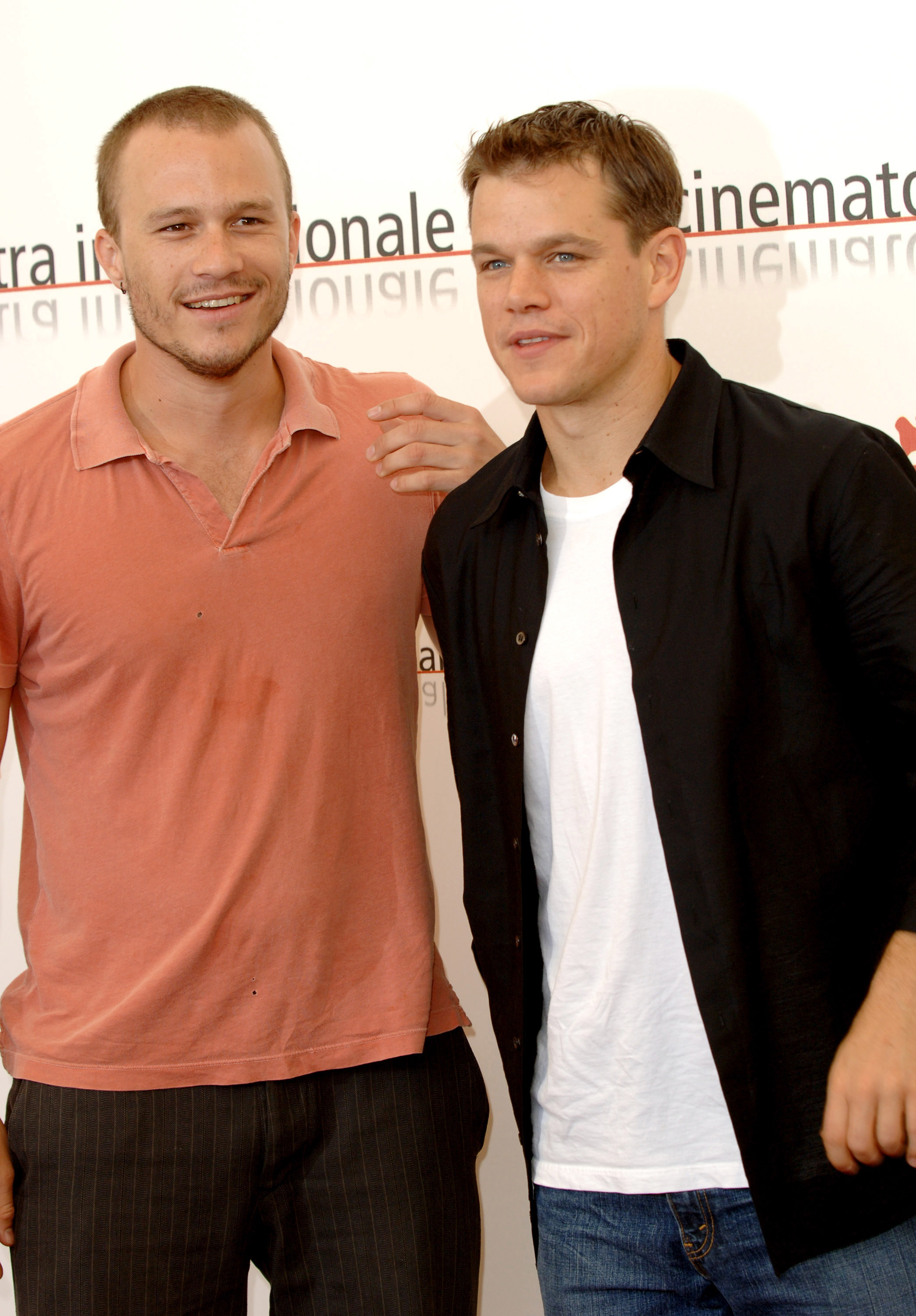 As for Damon's tattoos, the actor revealed he has his daughters names — Alexia, Isabella, 15, Gia, 13, and Stella, 10 — inked on his right arm, along with another interesting piece inspired by Ledger.

Damon's wife, Luciana Barroso, knew the late Aussie actor and decided she and Damon should get inked in 2013 by Ledger's tattoo artist, Scott Campbell. Damon decided to get a tattoo identical to one Ledger had.

"[Barroso] just announced it," he recalled. "We were in our apartment in Manhattan, and she was, like, 'We're getting tattoos.' I was, 'Okay.'" 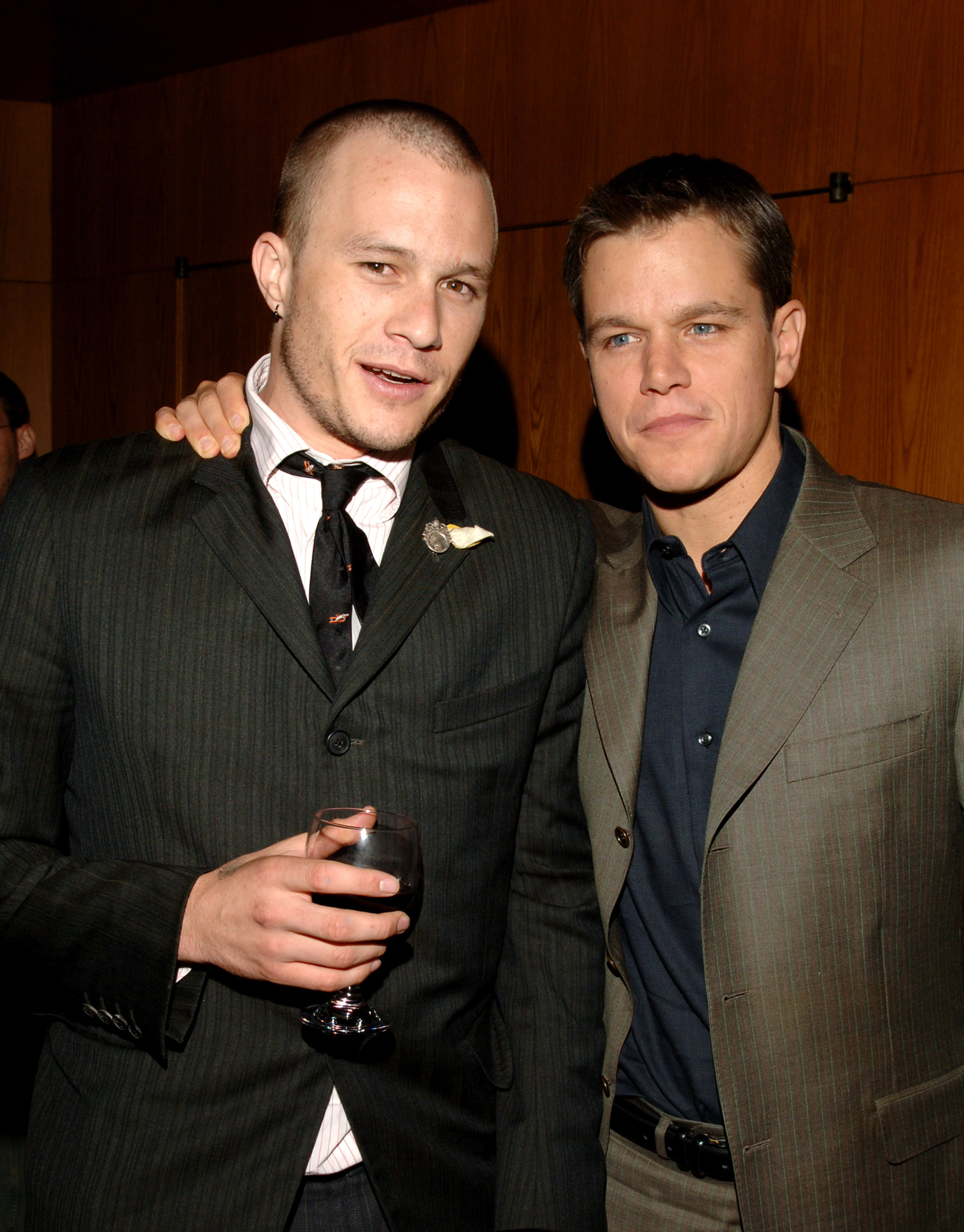 "There is a friend of ours who did all of Heath Ledger's tattoos," Damon added, referring to Campbell. "I told him if I ever got a tattoo, he was my first phone call."

Damon revealed the "strange loopy line" on his upper right arm is the same ink Ledger, who starred alongside Damon in the 2005 fantasy film The Brothers Grimm, had on his own shoulder.

READ:  Your Weekly Horoscope Predicts September Will Start Off With A Bang

"That's something that Heath had on his arm," Damon explained. "Heath was an incredibly restless, creative person. Like, I talked to the person who did his hair on The Patriot and she said he hated sitting still so much 'that by the time I got the wig on and I set it and everything, and I'd finished, he'd get up and there would be a sculpture of bobby pins that he'd done.' He was really sensitive. This stuff just flowed out of him. He was really special."

"I just wanted to get something that Heath had," Damon explained. "Scott showed me his laptop and I said, 'Scott, what's that one?' And he goes 'I have no idea — I think that's just some s--t that Heath squiggled.' And I went, 'That's the one I want.'"

Barroso got the same tattoo on her foot.

"So we both have that," Damon added. "It's like a little creative little blessing. It's like an angel that looks over all these names that are on the arm."

Damon previously spoke about his friendship with Ledger, who died in 2008 of an accidental prescription drug overdose. In 2016, he told GQ Ledger was "too bright for this world" and that his death was "just f---ing pointless."

"There were things that he did where I couldn't have got there in three lifetimes. And there were ways in which he was like a puppy dog," Damon said at the time. "You wanted to protect him."