Her church has been questioned this season, while her racist remarks have made headlines.
One of the “Real Housewives of Salt Lake City” just joined the very small club of housewives who have skipped a reunion.
Every year… 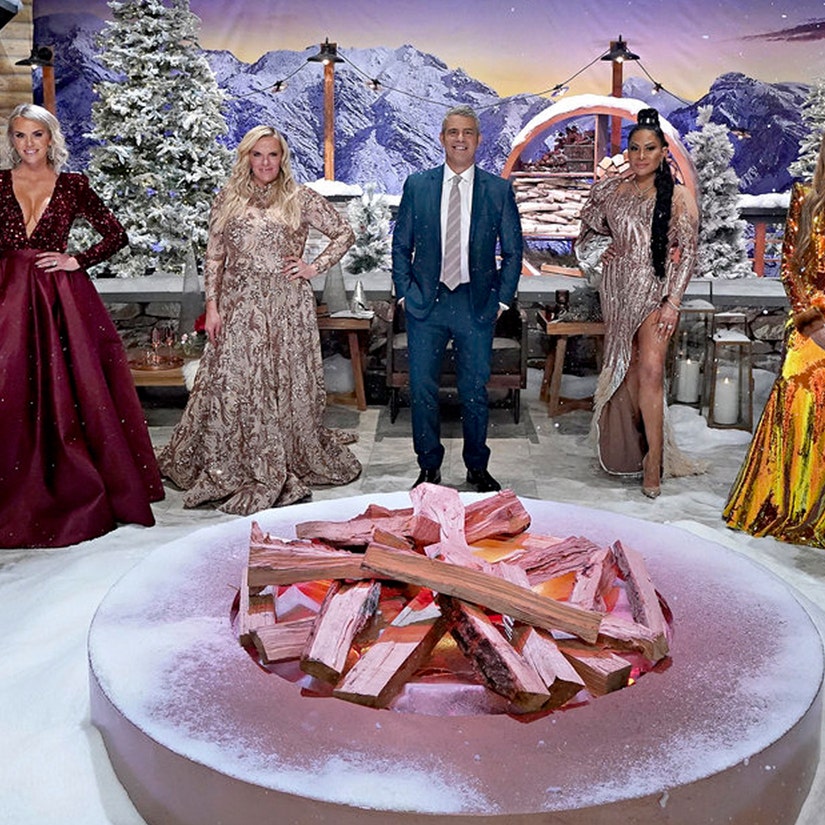 Her church has been questioned this season, while her racist remarks have made headlines.

One of the "Real Housewives of Salt Lake City" just joined the very small club of housewives who have skipped a reunion.

Every year, Andy Cohen reunites each cast in person for a sit-down to discuss all the biggest moments of the season -- rehashing all the previous drama and sometimes igniting new fights in the process. But for RHOSLC Season 2, Mary Cosby ducked out.

TooFab has confirmed with production sources that Cosby did not attend the reunion, which Andy Cohen revealed was filming this week. No reason for her absence was given, but Cosby has been at the center of a couple controversies this season already.

Not only has her church been questioned and compared to a cult, but the reality star has made a couple of racist comments that have landed her in hot water.

First, Cosby made problematic remarks about Jen Shah, after her costars compared accusations about her "cult like" congregation to Jen's money laundering and wire fraud scandal. "When I think about Jen, I see heartless, I see a thug," Cosby said during the episode. "Like, you know, those Mexican people that make all those drugs. To pit me with that?!"

"I would like to take this opportunity to address a comment I made on the last episode of 'RHOSLC'. I used poor judgment in my choice of words. Please accept my apologies," she wrote. "I was not trying to single out the Mexican culture. I am African American and I know racism first hand. I've lived it daily my entire life."

READ:  Never In My Life Did I Expect To Be So Into Platform Loafers

She concluded: "It is important to me that you hear this apology directly from me. My comment was reckless. Unintentional. I am truly sorry!" She also added the hashtags #apology #apologyaccepted #makeitright #love #latinos #loveyouall.

Cosby got in trouble again when the women all attended a luncheon celebrating costar Jennie Nguyen's Vietnamese heritage.

At one point, the women were remarking how good Jennie looked as a blonde after she tried on one of Meredith Marks' wigs prior to the lunch. "I bet you looked pretty," said Mary, before adding, "You do have yellow tones though."

After seeing a photo of her in the wig, she added, "Ooo nice, I like the slanted eyes. Love it."

In a later episode, Cosby also mocked Jennie's accent -- something Meredith Marks told her to stop -- before Mary later defended her eye comment to Jennie herself. "Really? I love slanted eyes. I don't mean any harm by that," she said, as Jennie explained why it was offensive.

"That's a feature and that's a beauty in America," Mary said, before adding, "But cultures are different and I respect that." She then told Jennie she would "never walk down that road" again and apologized for what she said.

As the episode aired, she also took to Twitter to add, "I wasn't coming from a place of racist! I was complimenting! I'm not racist by definition! Sick of people judging me as if you can!" Jennie, meanwhile, took to Instagram, "People need to be accountable for the things they say. I can't wait for the reunion!!!"

Cosby joins a short list of Housewives who haven't appeared at reunions. Jacqueline Laurita, Adrienne Maloof and Lisa Vanderpump all previously skipped reunions to avoid rehashing drama, while both Luann de Lesseps and Kim Richards missed out on one each because they were in rehab at the time. RHONY, meanwhile, had its reunion canceled entirely after this most recent season.