Throughout her professional career, Jennifer Lopez has acted in a number of romcoms. The singer-actress dominated the 2000s with several now-iconic movie staples like The Wedding Planner (2001), Maid in Manhattan (2002), Shall We Dance? (2004), and Mo… 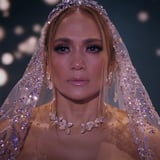 Throughout her professional career, Jennifer Lopez has acted in a number of romcoms. The singer-actress dominated the 2000s with several now-iconic movie staples like The Wedding Planner (2001), Maid in Manhattan (2002), Shall We Dance? (2004), and Monster-In-Law (2005), to name a few! Now, she is back on the movie scene, starring in the upcoming rom-com Marry Me. The movie centers around Latina music megastar Katalina "Kat" Valdez (Lopez) who's set to marry the love of her life, singer Bastian (Maluma), on stage during one of their upcoming concert, only to discover Bastian has been cheating on her right before the big event. So, at the start of the concert, she picks a random person, Charlie Gilbert (Owen Wilson), out of the crowd and spontaneously marries him instead. The remainder of the film focuses on Katalina and Charlie's unlikely connection and how their lifestyle differences surprisingly bring them closer together.

The plot has all the makings of another J Lo rom-com hit, but the recent events in Lopez's personal life alongside the timing of Marry Me's release may have fans wondering if the movie is based on Jennifer Lopez's real life relationship with her ex, Alex Rodriguez. So, is it? Short answer: No. But the coincidences in the film hit too close to home to ignore.

The Similarities Between Marry Me & Jennifer Lopez's Relationship With Alex Rodriguez

Kat Valdez's life strongly parallels J Lo's in that they're both Latina, incredibly popular singers, and have had high-profile romantic relationships that went sour publicly. Lopez, similar to the character Katalina, was recently engaged to be married before calling it off. Lopez started dating former Yankees baseball player Alex Rodriguez in March 2017, and then they got engaged in September 2019. The two quickly became one of Hollywood's rising power couples, publicly showing their love for each other on talk shows, social media, and professional events.

READ:  Here’s How to Watch ‘Toast of Tinseltown in the US to See the Funniest British Comedy of the Year

But not long after their engagement in April 2021, allegations that Rodriguez had been DM-ing another woman circulated in the media. Amidst this speculation, the pair announced they were splitting up in April 2021, though they did not attribute the decision to any infidelity on Rodriguez's part (so those rumors remain unconfirmed). "We have realized we are better as friends and look forward to remaining so," Lopez and Rodriguez said in a statement about their decision (via THR). "We will continue to work together and support each other on our shared businesses and projects. We wish the best for each other and one another's children."

Somewhat mirroring Kat's decision to jump into another relationship after discovering her fiance's dalliances, just a month after breaking up with A-Rod, J Lo reconnected with her ex-fiance Ben Affleck and the pair have been dating since July 2021, according to Entertainment Tonight. Bennifer is officially back and its the 2000s all over again!

Jennifer Lopez's Quotes About Her Connection to Marry Me

Though the plot of Marry Me shares similarities to Lopez's recent life events, it is in no way based on her. Regardless of this, the singer-actress was personally affected by its storyline.

Lopez spoke candidly with Vanity Fair about the film's impact, saying, "This movie was very personal for me... I really understood this life. Kat Valdez is a recording artist. She's been famous and in the business for a long time. She's had some ups and downs in her personal life. Kat's strong and confident. She's a businesswoman. She's a boss. But she's also just a regular person who gets lonely, and who needs love, and wants to feel like she has a home."

While Marry Me is not explicitly based on the highs and lows of J Lo's life, her personal connection to the film will nonetheless make it special to watch.

Catch Marry Me in theaters or stream it on Peacock on Feb. 14, 2022. Until then, watch the trailer below!