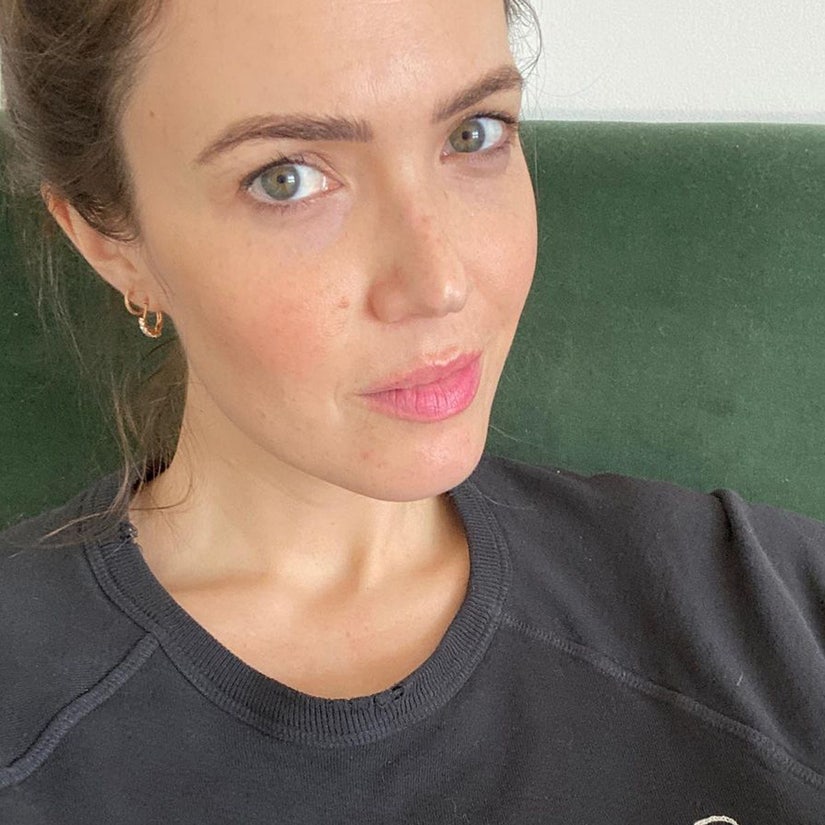 "I was very hesitant to believe it and put any stock in it," she said. "I sort of was holding my breath until 12 weeks."

Mandy Moore is getting candid about becoming pregnant after struggling with fertility.

While speaking with Romper for their new cover story, published on Wednesday, the actress -- who is expecting her first child, a baby boy, with husband Taylor Goldsmith -- recalled what led to her unexpected pregnancy. Before Moore, 36, found out she was pregnant over the summer, she visited a fertility specialist, who said the actress possibly had endometriosis and would need surgery.

"I was fully prepared to go have surgery and fix my uterus and hopefully get rid of the endometriosis, if it was there," Moore explained. "It was nice to have a plan and to know 'Okay, well this is why I haven't been pregnant yet.'"

However, when she went to an appointment before she was set to have surgery, the doctor informed Moore that she was ovulating, yet told her there was a slim chance of her getting pregnant because of the issues with her uterus.

"So I was like, all right, whatever," Moore recalled. "And lo and behold…"

"I guess I understand why doctors tell you, like, 'Oh, just try for a year, and then if nothing happens, you can start sort of investigating,'" she continued. "But I was like, man, I wish I had known before. It would have been a game changer had I had that information."

Due to her fertility struggles, the "This Is Us" star said she didn't set high expectations for her pregnancy.

"Because of this issue with my uterus, I was very hesitant to believe it and put any stock in it," she said. "I sort of was holding my breath until 12 weeks."

As for Goldsmith, 35, Moore said she believes that he was meant for fatherhood.

"I think he's been suited to be a father for pretty much his whole life. He's been gearing up for this," she told Romper of her husband of over two years. "Like in the morning, it's funny, I'll reach for my phone and he'll reach right for whatever baby book he's reading."

Moore said a silver lining to being pregnant amid the coronavirus pandemic is that Goldsmith, the lead member of the folk rock band Dawes, has been able to be home rather than on tour.

"We wouldn't have spent this gestation period together -- he would have been touring," she shared. "And it would have been fine, but having this experience together makes me feel even more solid and even more excited to be a parent with him."

The singer -- who Romper noted is due "sometime in the next few weeks" -- said she wants to "raise an intelligent, feminist, loving, compassionate young man, who respects women, and who understands boundaries."

Last September, Moore and Goldsmith announced they were expecting their first child.

"Baby Boy Goldsmith coming early 2021 💙" they shared on Instagram at the time.